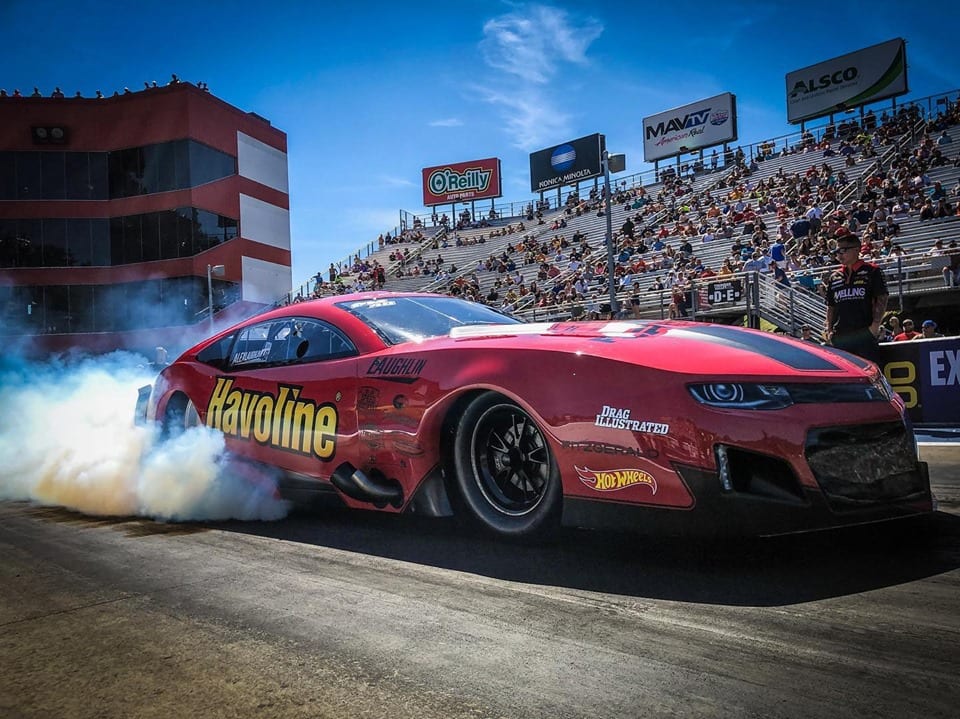 The talented Laughlin officially accepted his invitation to the 2019 DRAG ILLUSTRATED World Series of Pro Mod, which takes place Aug. 9-10 at Bandimere Speedway in Denver.

Laughlin is well aware of the six-figure payday at the winner-take-all event that makes it the richest single event in Pro Mod, but it’s also not going to change the way he drives his turbocharged Camaro.

“Honestly, it doesn’t change your approach,” Laughlin said. “Whether you’re racing for a trophy or a check for $100,000, when you show up to a race, you want to win. So, for the most part I try to block all of that out. Once the car starts up, I don’t think about the prize money or anything like that. It’s just one step of a time, going through the motions and getting down the racetrack.” 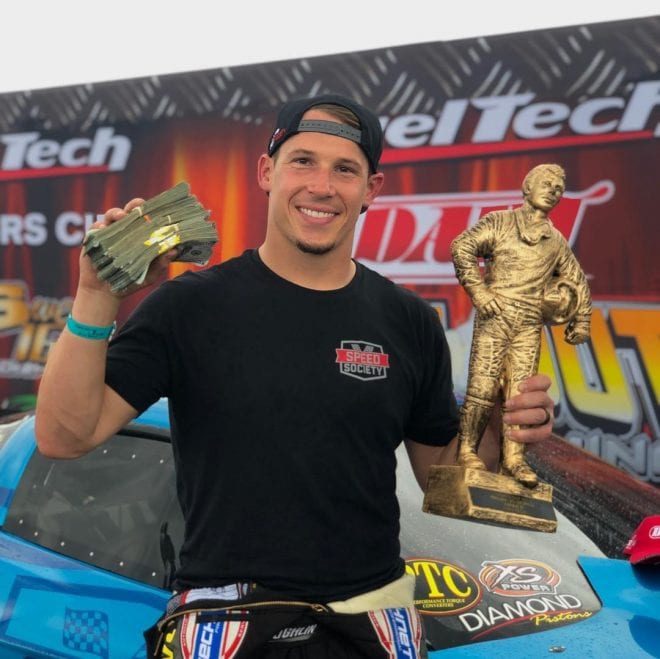 It’s an approach that led to Laughlin’s win at Lights Out 10, but to double that payday, he’ll have to win in his Pro Mod Camaro on Thunder Mountain.

He’s raced at the track before, but never in Pro Mod and never in a turbo car. That presents the first challenge, something Laughlin is well aware of. Still, he’s not about to back down.

“The only thing I’m skeptical about is getting the turbo to spool up on the mountain,” Laughlin said. “But we’ll make it work one way or another.”

That shouldn’t be any surprise to anyone who’s followed the sport and watched Laughlin master the variety of classes he has tried over the years.

He doesn’t expect it will take long to find his groove in Denver, either. With two days of testing leading into Friday’s qualifying and Saturday’s main event, Laughlin, who is currently third in the NHRA Pro Stock standings, believes that’s all the time he will need to become a threat on Thunder Mountain.

He watched Carl Stevens Jr. do just that a year ago, running well in testing right off the bat, despite having never raced in altitude.

That didn’t slow him down as Stevens made one incredible pass after another in the 5.80s, and it’s a process Laughlin will try to match in 2019.

“I’m going to say it’s just going to take doing it one time to figure it all out,” Laughlin said. “I’m definitely not going just to spend the weekend in Denver. If you start out with a good run, that gets everyone’s spirits high and that really sets a good pace for the rest of the weekend. If you can lay a good one down right at the start, there’s no doubt we can put together a good weekend.” 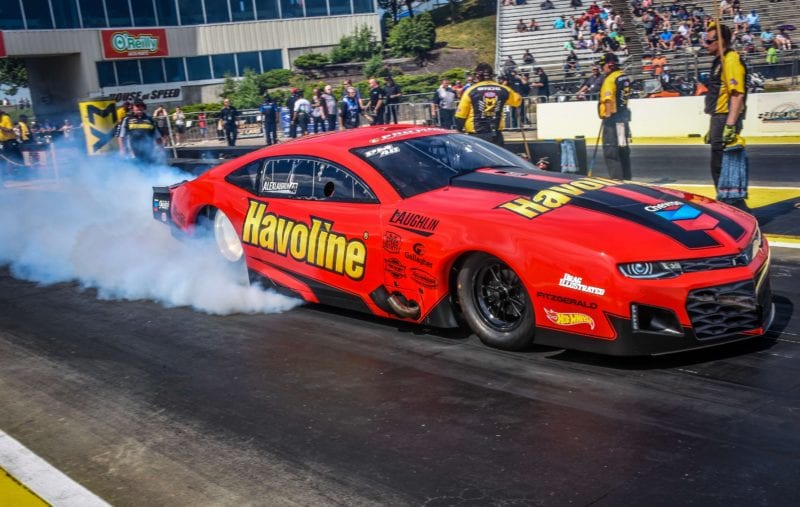 It’s an approach Laughlin and his two Elite Motorsports teammates – Erica Enders and Steve Matusek – will try to replicate as well.

Enders made her WSOPM debut a year ago, winning a round, while Matusek has been at the first two races.

Things are different in 2019, though.

Instead of the clocks being turned off, they will remain on the entire weekend. A total of 24 cars will be invited, but only 16 will qualify in what will be a frenetic Friday night.

Laughlin’s Pro Mod Camaro has been consistent this year, but he’ll have to dial up something spectacular to win the $100,000 prize against 23 other hungry, talented drivers.

But that’s the sole reason Laughlin is making the trip to Denver and also why he’s thrilled to get the opportunity to prove himself on Thunder Mountain.

“I’m pumped. I can’t wait to go,” Laughlin said. “I think it’s because it’s such a big deal with all the Pro Mod drivers and the fact it’s such a big amount of money. It’s the World Series, and it’s turned into a pretty impressive, invitation-only, deal. I’m pretty happy just to be able to go.”