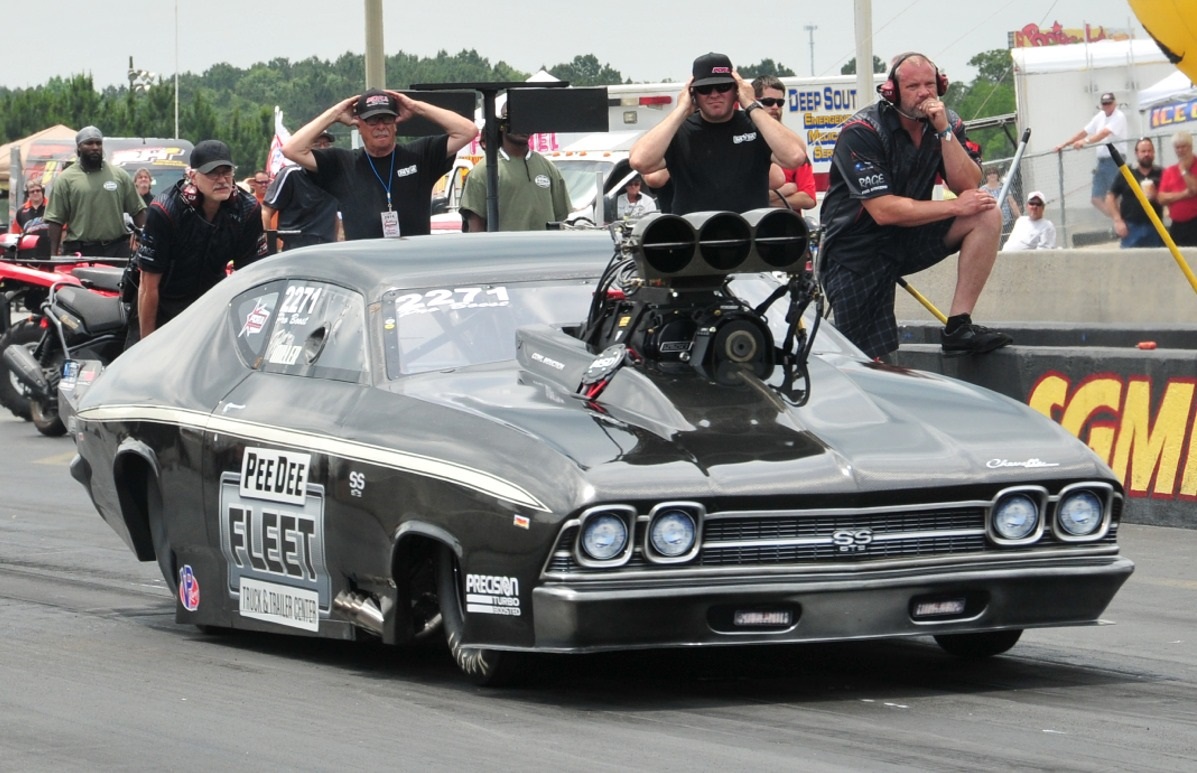 The Professional Drag Racers Association is stepping up their Live Feed coverage by Motor Mania TV for their sophomore season. PDRA TV was a huge hit in 2014 with an average of 22,000 viewers per race. For the 2015 season, Andy McCoy Race Cars is joining the PDRA team of sponsors as the presenter of the Driver Showcase portion of the Live Feed.

The Andy McCoy Race Cars Driver Showcase will feature an inside look at the unique and storied drivers of the PDRA, taking fans behind the scenes of all their favorite teams.

“We wanted to do more with the PDRA,” explained Andy McCoy. “In talking to the PDRA staff, we decided the Driver’s Showcase would be a really good fit for us. I’ve been friends with Jason for a long time. I grew up with him down in Mississippi. I’ve seen him and his dad grow in their success over the years. I like to surround myself with successful people and with them it’s a no brainer. I listen to what they have to say.

“I’m really thankful to Jason and Mitchell Scruggs, Tommy Franklin, Roger Hinson, and Gene Hector for stepping up and doing this. If it wasn’t for those guys doing this we wouldn’t have cars to build. This is just our way of giving back a little bit and saying we appreciate what they’re doing.”

Since their championship-winning season in 2011 Andy McCoy Race Cars has continued to grow. This off season alone the shop has produced three brand new chassis for clients. “It takes us 15 weeks to build a race car from start to finish,” told McCoy, whose shop also provides body kits. “And we’ve built three since October. We’re really busy, trying to get a lot of cars built for the 2015 season. I would like to thank the guys out in the shop for all of their hard work over the winter. Shop foreman Scott Wymore has done an exceptional job helping get these cars done and my father Stan has also done an exceptional job with the composites this winter. I can’t thank all of my guys enough.”

“We did one for Doug Winters,” McCoy continued. “He’s got a new ‘69 Chevelle and he’s committed to all 10 races. He’s also going to do some NHRA races with it as well, so that’s really good for us. We’ll have two Andy McCoy Race Cars in Dallas for the PDRA opener, the other one being the Pee Dee Fleet machine- a Russell Miller owned car driven by Tyler Miller. I will be helping those guys out again this year. Mike Kopchick, with Rage Fuel Systems, will be Crew Chief. We’ll also be at each of the 10 events to support our other customers.

“I’m at all the races and I spend a lot of time with our team and out in the pits, so I don’t get to see a lot of the Live Feed coverage, but my wife and family at home tell me how great it is, that it’s very informative. They like being able to see us on TV. It’s great to hear that feedback since I can’t tune in myself.”

Often pulling double duty at the track, McCoy indeed stays very busy, supporting his various clients. The Missouri native pulls on his years of experience as a driver when building and maintaining chassis. “By us having some driving experience and being able to win a championship, we bring a lot to the table. We’re up on all the safety stuff. I can relate to the drivers. If they say the car is acting a certain way, I know what they’re talking about. When I’m struggling with a car – like when we struggled with the PD Fleet car. It was rattling Tyler’s brains out. I knew where he was coming from, and it made me want to rectify the problem even sooner, because I know what he’s going through in the car.”

No team is immune to struggles and it’s often those struggles that bring about the greatest innovations. McCoy has built upon the struggles of the Pee Dee Fleet team last season, pushing forward for his team and clients in 2015.

“We finished fifth last year in points, which wasn’t too bad for us having a brand new car, brand new team, brand new motors. We had an electrical gremlin that got us at the first few races. We had a few convertor issues that got us, and we had a few chassis issues that got us. We didn’t qualify at, I think, two of the races this year. We struggled quite a bit, and for us to finish fifth in points shows the dedication of the team – what a great driver we have, what a great tuner we have, what a great chassis we have. We just didn’t have enough time last year. We basically had to go right into Rockingham, the very first PDRA race, and that was the first time the car had ever been down the track. So for us to start there and end our season at Virginia qualifying number two, going rounds and finishing fifth in points was quite an accomplishment for everyone on our team. So I see some really good, positive things coming out of this team this year. We can give everyone a run for their money and possibly come out on top this year. That’s a goal of mine. We won the Pro Extreme Championship in 2011. It would be nice to have a Pro Boost Championship in 2015.”

The Andy McCoy Race Cars Driver’s Showcase will debut on the PDRA Live Feed with the season opener in Dallas, Tx. March 19-21. To tune in, visit www.pdra660.com.