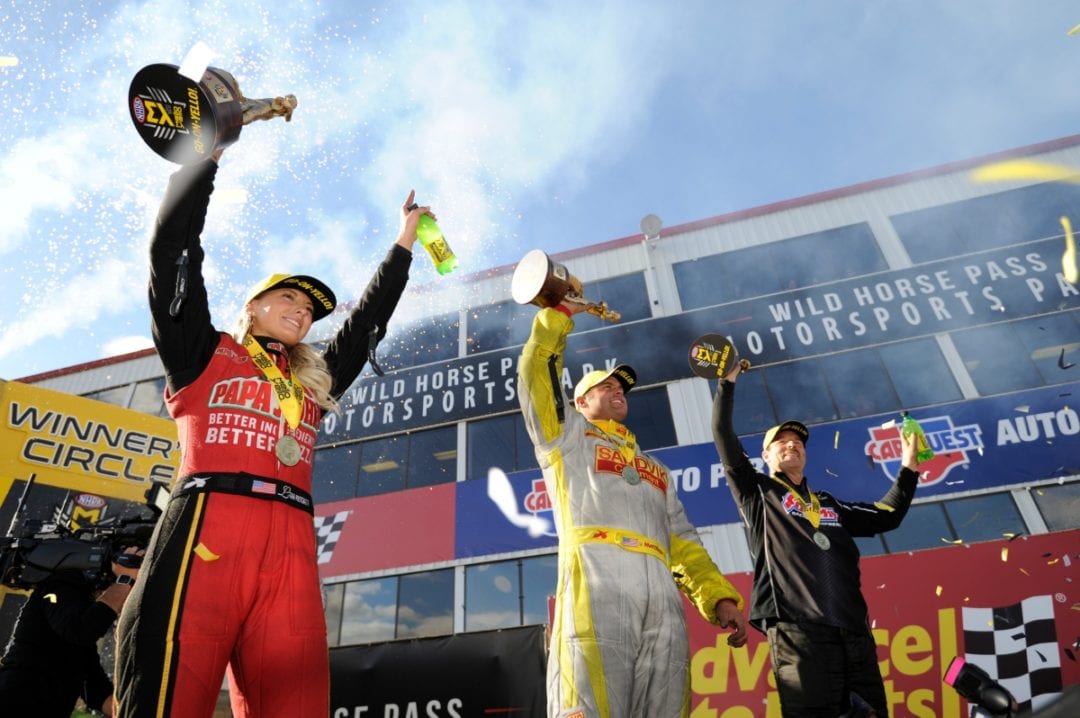 For the second consecutive year Pritchett defeated Brittany Force in the finals. Pritchett’s 3.705-second pass at 328.22 mph in her Papa John’s Pizza dragster earned her the third victory of her career, second of the season and second at the NHRA Arizona Nationals. Force raced to a 3.704 at 330.39 in her Monster Energy dragster losing to Pritchett on a holeshot.

“I’m learning to do what it takes to get into that extreme, severe mindset of what it takes to do what we’re doing,” said Pritchett who won the season opening event at Pomona, Calif. “Honestly I’m trying to keep up with my team for how well they’re doing and make them proud of me as a driver and do the job that is expected of a Don Schumacher racing team and I think we’re doing pretty okay with that. We’re blessed with the equipment and the talent capabilities of the people and everyone that it takes to make it. I’m happy I can hold up my end of the bargain.”

It is the first time a Top Fuel pilot has won the first two races of the season since Gary Scelzi in 1997. Pritchett was the No. 1 qualifier at the event and set the elapsed-time national record with a 3.658 pass in qualifying.

“It’s just great. We got ourselves a hotrod right now,” Hagan said. “The car is running strong. My lights 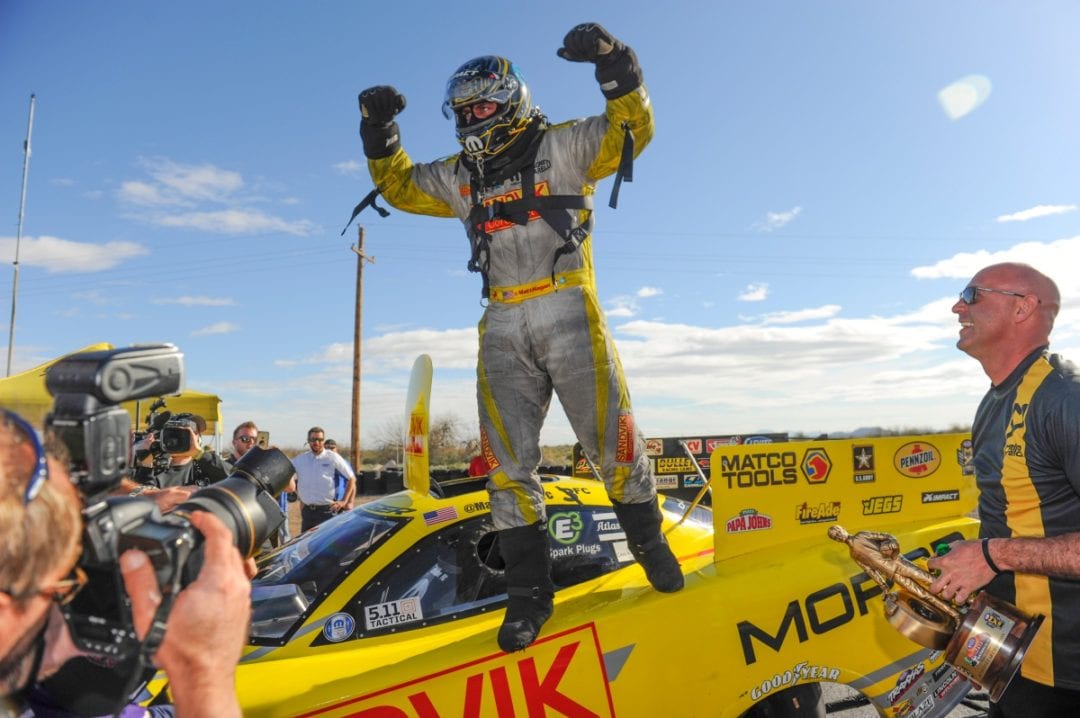 are on point right now. I’m just feeling it, feeling this race car, this race team. We’re just digging. Everybody is working hard. The car is going down the race track every lap. How much more could you ask for. It’s a great feeling to crawl in the car knowing that you have the confidence that it’s going to run strong and then when your lights are good it’s a real hard combination to beat.”

Hagan has two wins at the NHRA Arizona Nationals, the first coming in 2015. He raced Cruz Pedregon, 2016 race winner Tim Wilkerson and No. 1 qualifier of the event Tommy Johnson Jr. on his way to the winner’s circle. Capps defeated Jeff Arend, Gary Densham and Jim Campbell.

In Pro Stock, Anderson raced his Summit Racing Equipment Chevy Camaro to a 6.547 at 211.43 to defeat Drew Skillman and his Ray Skillman Auto Group Chevy Camaro’s 6.565 210.50 for the 87th victory of his career and second at Wild Horse Pass Motorsports Park. It was Anderson’s 140th final round.

“It was brutal today, but I knew it was going to be coming in,” Anderson said. “The class is awesome right now. I think every race I had today was decide by less than a foot. You just don’t get better racing than that. It’s fantastic out there. It’s just a battle royale every time you stage the car. Anybody can win and that’s what it’s all about. ”