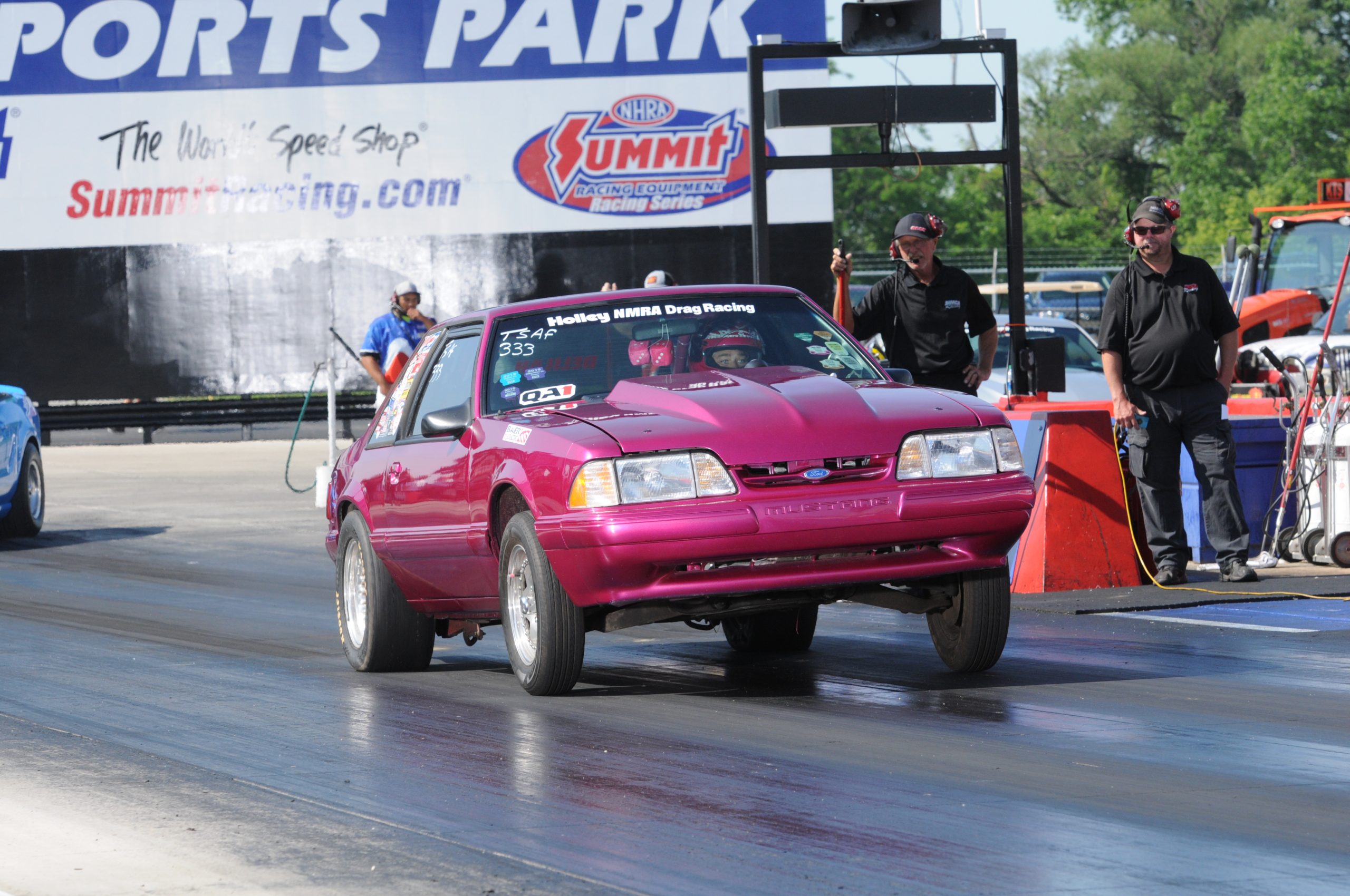 The Holley NMRA Ford Nationals is excited to announce the return of the All-Female True Street category to the upcoming Ohio event. Presented by Baer Brake Systems, All-Female True Street will take place during the NMRA Ford Performance Nationals at Summit Motorsports Park the weekend of June 9-12, 2022. Summit Motorsports Park is a world-class facility located in Norwalk, Ohio, and is the fourth stop of this year’s NMRA national event tour.

The All-Female True Street class follows the same format as the wildly popular TorqStorm True Street category with its 30-mile drive and three consecutive runs down the quarter-mile. NMRA officials will rank the lady competitors based on ET rewarding the Overall Winner, Overall Runner-Up, and the quickest average times in the 9-second, 10-second, 11-second, 12-second, 13-second, 14-second, and 15-second zones. Baer Brakes is offering a set of SS4+ Deep Stage Drag Racing brakes on top of the payout to the Overall Winner.

The All-Female True Street category is open to any Mustang or Ford, car or truck, whether it’s owned by the competitor or not—so borrow a car to have fun at this one-time event! New for 2022 is a modified schedule to allow the same vehicle to be double-entered in TorqStorm Superchargers True Street as well as the allowance of crew members to help bring All-Female True Street racers up to the starting line.

“Last year we brought the All-Female Shootout back and it was a great success with competitors having fun during the NMRA event. We also received some feedback on how to make it better in 2022 and we are happy to implement those changes, giving those who share the vehicle a chance to run the car/truck in the All-Female True Street as well as in the regular True Street category,” said Rollie Miller, General Manager and National Event Director of the Holley NMRA Ford Nationals.

All True Street vehicle rules are in effect, which requires DOT tires at all four corners, a basic set of limitations to prevent full-on racecars from sneaking in, and all vehicles must be registered and insured. Visit the NMRA website or call Gene Bergstrom at 714-460-3813 for a complete rundown of rules. For additional information, purse, and rules for the NMRA Ford Performance Nationals and All-Female True Street, visit www.NMRAdigital.com