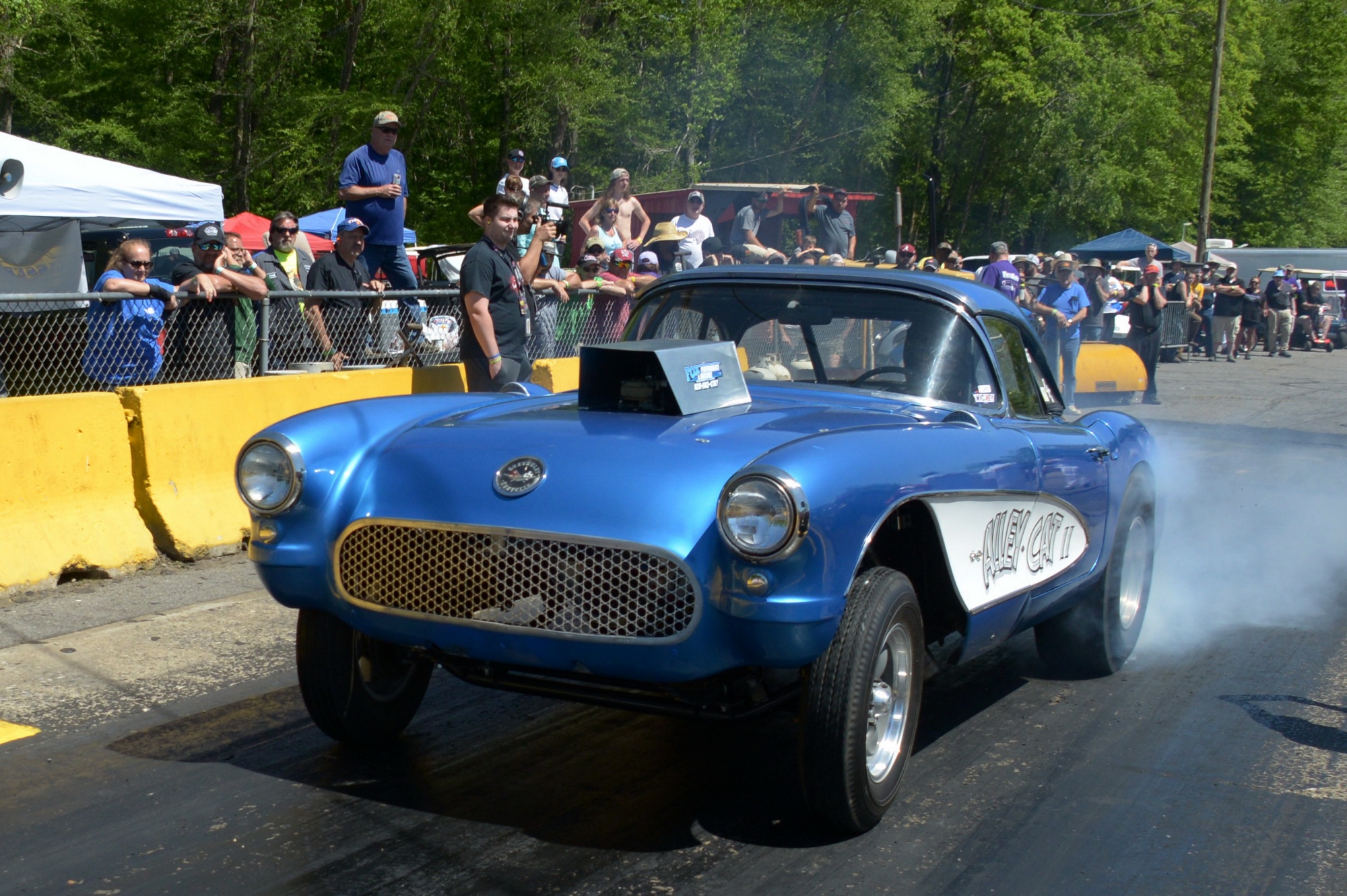 The Southeast Gassers Association is slated to start its 2020 season on May 9 at Lassiter Mountain Dragway in Mt. Olive, Ala., and thus far, Stott is pushing forward with the mindset that the race is still on.

Of course, in the midst of the COVID-19 pandemic, things can change almost daily. Stott, though, feels good about his chances. He’s postponed one race this year – the opener at Emerald Coast Dragway is now the finale in November – and cancelled another, and though he’s ready to follow any mandate that comes his way, Stott hopes it’s one that includes his May 9 race taking place – with social distancing in place, of course.

On the bright side, if the race does take place, it’s the first major race since the public health crisis hit. That means plenty of eyeballs for Stott and SEGA, which has enjoyed an impressive trajectory in popularity. With major sponsors in tow, including Hot Wheels, NAPA and Summit Racing Equipment, and interest at an all-time high, Stott talked with Drag Illustrated about his mindset heading into May, what SEGA is doing right and how they can make the most of these unprecedented times.

DRAG ILLUSTRATED: So May 9 is on the calendar for the next race. What’s the status there and do you expect to be racing in two weeks?

QUAIN STOTT: As far as we know now, everything’s fine. The track operator (Carl and Angela Bartlett) is 100 percent willing to jump in it with us. We’re not sure what the spectator count will be, but I’m willing to take a loss if I have to. I just put out pre-entries (Tuesday) and already have nearly 50 cars entered. By the time we get ready to go, I feel like 70 cars, minimum.

That’s great, but since we don’t charge drivers and crew, we have to have spectators. But I feel strongly enough that we need to get back to racing that I’m willing to take a loss on this race to get my racers back racing. They’re all chomping at the bit. 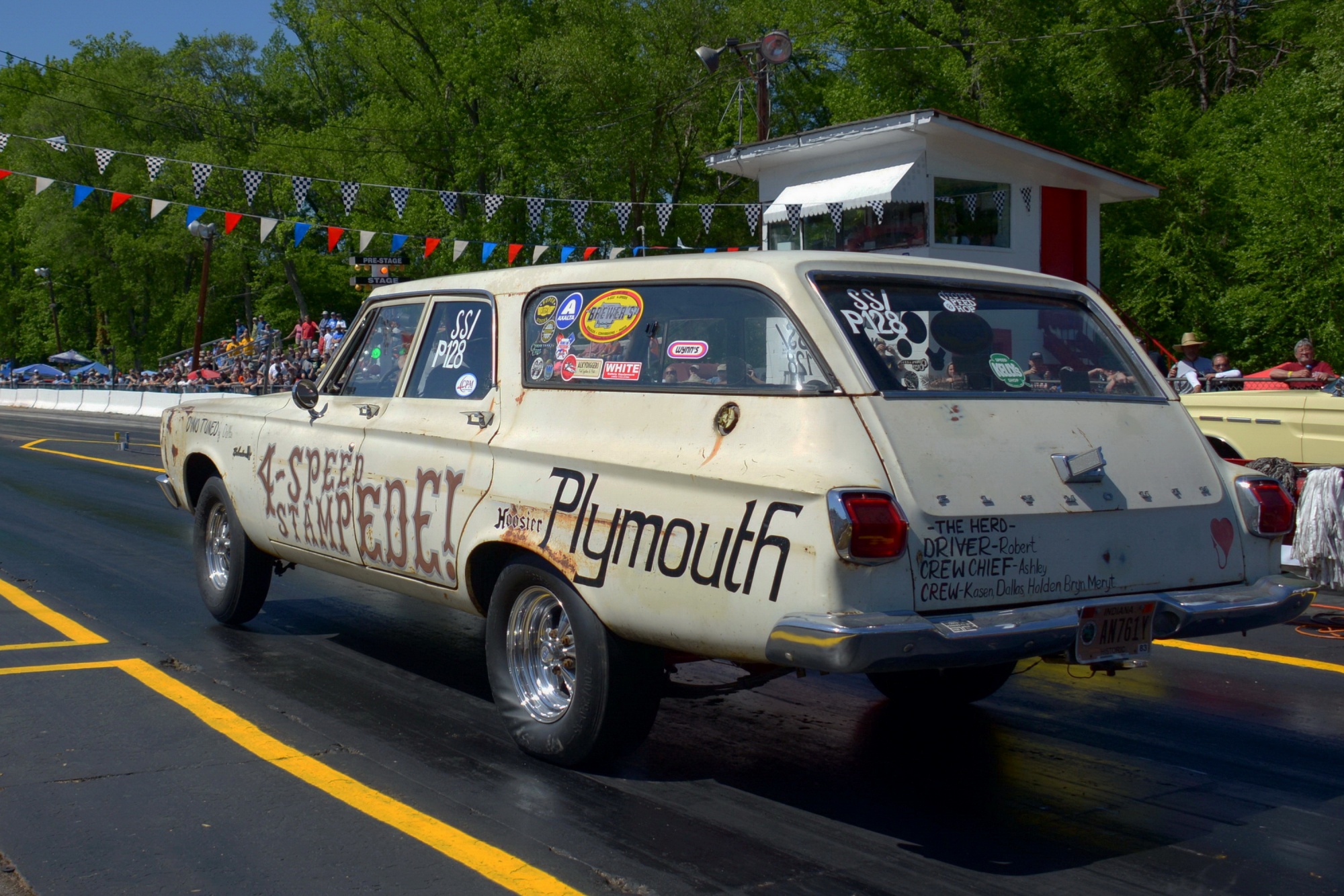 DRAG ILLUSTRATED: Why do you feel strongly about the need to get back to racing?

STOTT: There’s a couple things. One thing is the points. We do have a points battle and our deal is becoming very important to racers, crew and engine builders. We’ve got engine builders at war now. Having a champion in the Southeast Gassers is a feather in the hat for an engine builder or a chassis builder because of the way rules are set up, you can compare apples to apples.

So, the points race is very important and if we wait too late to get the season started, nobody gets a fair shake in the points championship. The way we have it now, there’s nine races and I don’t think you should run a points battle with anything less than 8 races.

The other thing that’s important, I want to get them back racing. I want my racers to know I’m here for them and I’m willing to lose money to give them a place to race.

DRAG ILLUSTRATED: This would be the first time racing at this particular track, which I’m sure adds to that desire to make this race happen. What’s the anticipation level like at Lassiter Mountain Dragway?

STOTT: This track operator has been on the waiting list for 4-5 years, this is his first year of having our race and I’ve never seen a track operator so excited about this. There’s just so many things that makes me think I need to get Southeast Gassers racing. We’re on a high note right now.

We’ve got to be one of the fastest-growing racing organizations there is and there is no doubt, without anybody’s questions, we’re the top nostalgia show in the world. Since we’re on this high note, I want to take advantage. I don’t want to be sitting at home.

DRAG ILLUSTRATED: That pace you guys are on, it seems like it’s only building with the Hot Wheels deal, adding some big sponsors and all that. How important is 2020 for this series?

STOTT: We want to keep the momentum going. We were expecting this thing to peak out in 2017 after we started in 2011. I think the gasser fad, we’ll call it, has started to fade, but something that people are forgetting that we have is the competition. The competition is not fading and that’s what people are coming to see. The gasser name, the old-school, the step back in time got them initially interested, but they realized these people are really racing.

That’s what I think has built the momentum. Fads come and go. We brought the gasser fad back by really, truly racing and nobody has done that. I don’t want to let something like (the coronavirus) take that away and stop us. Let’s keep it rolling. 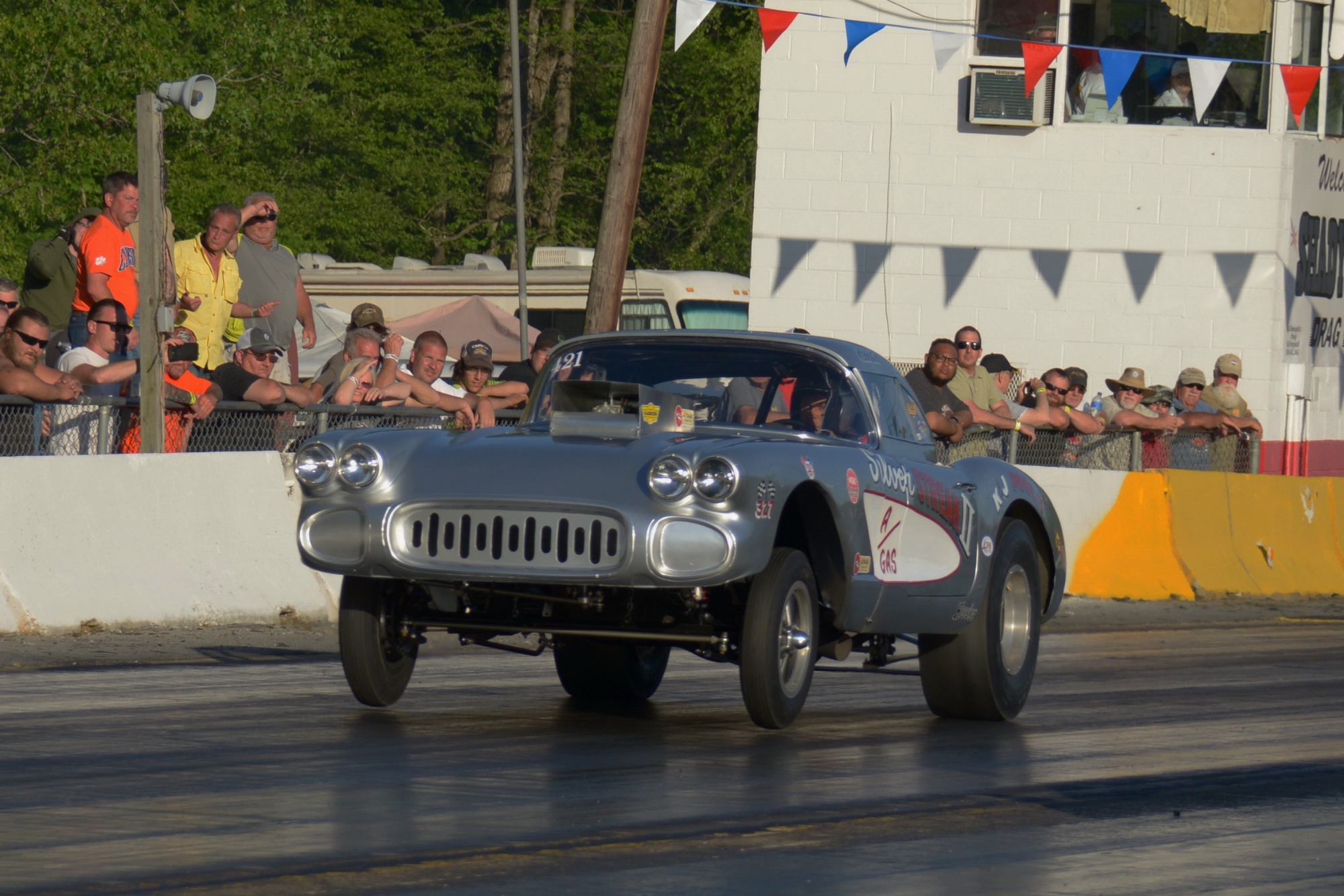 DRAG ILLUSTRATED: Between now and May 9, do you expect anything to change? Does this feel different than leading into the race you had to cancel last month?

DRAG ILLUSTRATED: Going with the idea that this race will take place, what kind of restrictions to you expect to see in place?

STOTT: I’m waiting to see what the Alabama government says. From my understanding, they’re telling outside events to operate at 35 percent capacity. Let’s just say this track holds 4,000 people, so 35 percent of that is around, what, 1,500 people? I think 1,500 spectators would be a good number for our first race there if it’s good weather. This place is I’m guessing 100 acres, so to me, there’s plenty of room for social distancing even if we had 2,000 people there. And the track is having a race May 2, so we’ll watch that and see how it goes.

DRAG ILLUSTRATED: Obviously you want to be safe and take all the necessary precautions, but is there excitement about possibly being one of the first races back?

STOTT: There’s a little bit of a rebel feel to it, yes, definitely. This is probably going to be the first major race that’s happening. We’re probably going to set the pace, and I’m sure people will be watching to see what happens. Hey, that’s good. I love it. There’s no question in my mind that everyone’s eyes will be on Southeast Gassers that weekend to see what happens.

We’re hoping the state of Alabama will work with us because we’re not doing this to be Billy Badass. We’re doing it because people need to get back racing. We’re going to see how this race goes. This is going to be a test for a lot of things. 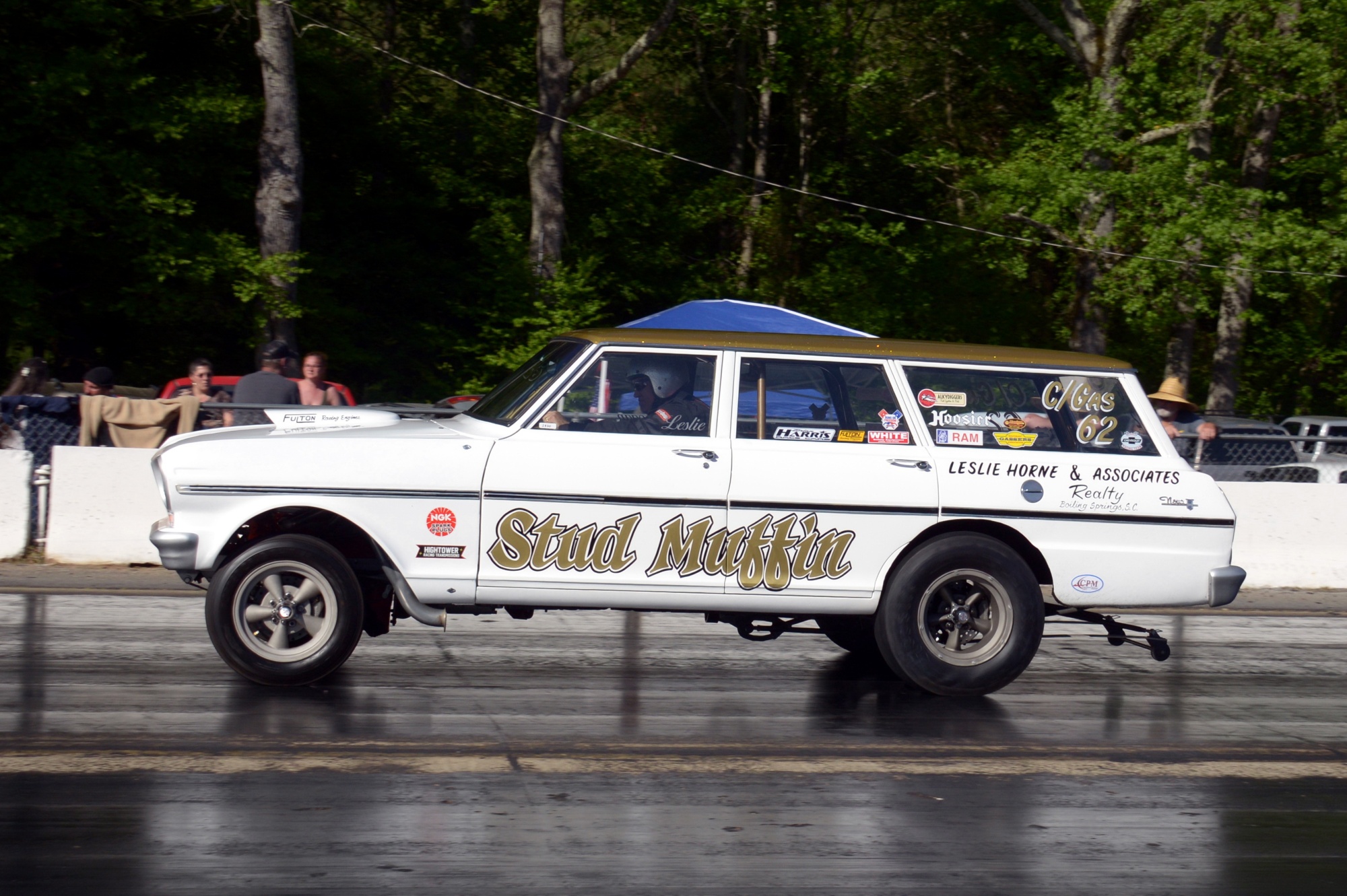