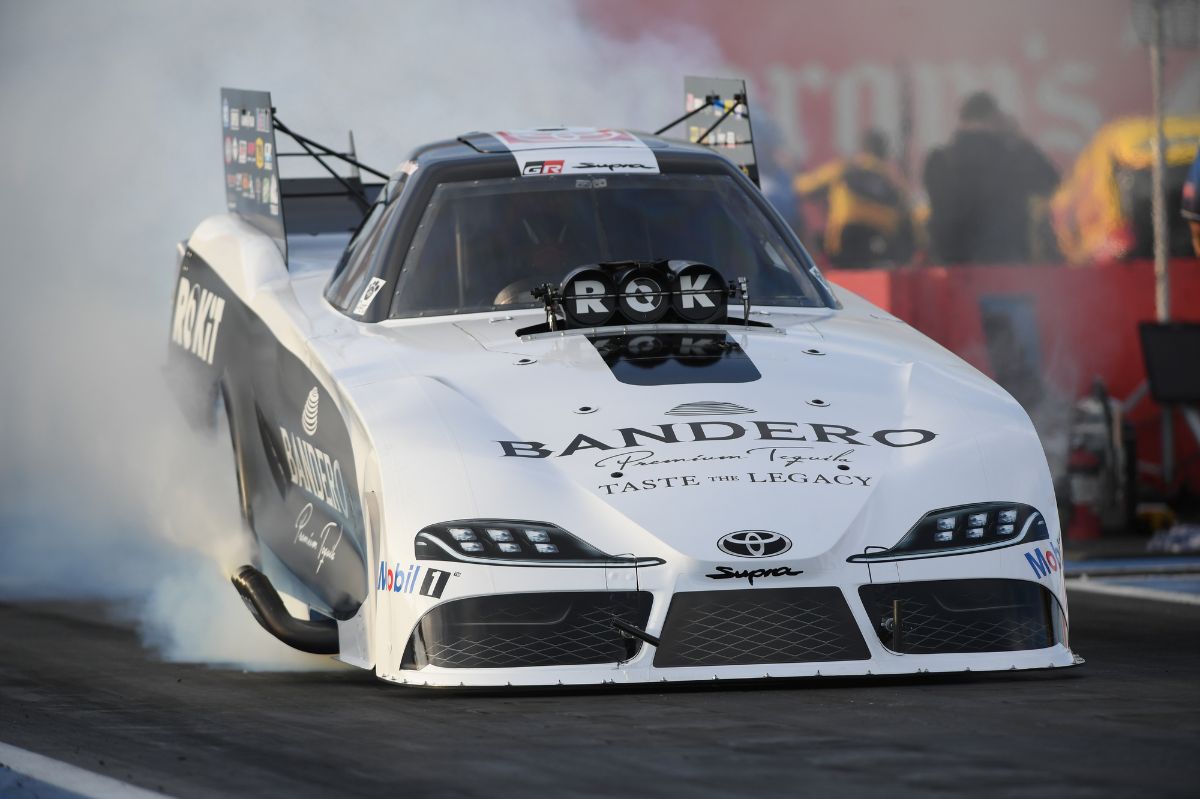 Alexis DeJoria achieved her career-first Funny Car win at the NHRA Arizona Nationals in 2014, and was hoping for a repeat performance on Sunday at Wild Horse Pass Motorsports Park. Starting from the No. 9 position, DeJoria faced fellow Toyota Gazoo Racing pilot J.R. Todd in what was billed as NHRA’s first-round ‘Funny Car marquee matchup.’ In the battle of Supra versus Supra, DeJoria came out on top by lighting up the scoreboard with a 3.944 E.T. to secure the definitive win over Todd’s tire-shaking 4.303-second pass. In the quarterfinals against Matt Hagan, DeJoria was first on the throttle, ripping off an impressive .046-second reaction time against her opponent but the holeshot advantage wasn’t enough to outpace Hagan who clocked a 3.864 E.T. versus DeJoria’s 3.941.

“It’s the second race of the season, and our weekend wasn’t as great as we had hoped for, but we are making progress with our new Bandero GR Supra Funny Car,” said DeJoria. “It’s been a little bit of a learning curve in certain ways, but this new body is absolutely incredible and once we get a few more laps under our belt, we are going to be a force to reckon with.

“Got that round-one victory today, which was great. It was the marquee matchup; Supra against a Supra, and our Bandero team got the win. Second round, cut one hell of a reaction time on Hagan, one of the best leavers in the sport, and that made me feel pretty good. We made it down the track, not as fast as we wanted to, but it’s progress and we’ll be alright. It’s early in the season, and we’re looking forward to getting back after it in Gainesville.”

The No. 6 ranked DC Motorsports team heads to Gainesville Raceway next for the NHRA Gatornationals, March 11-13.