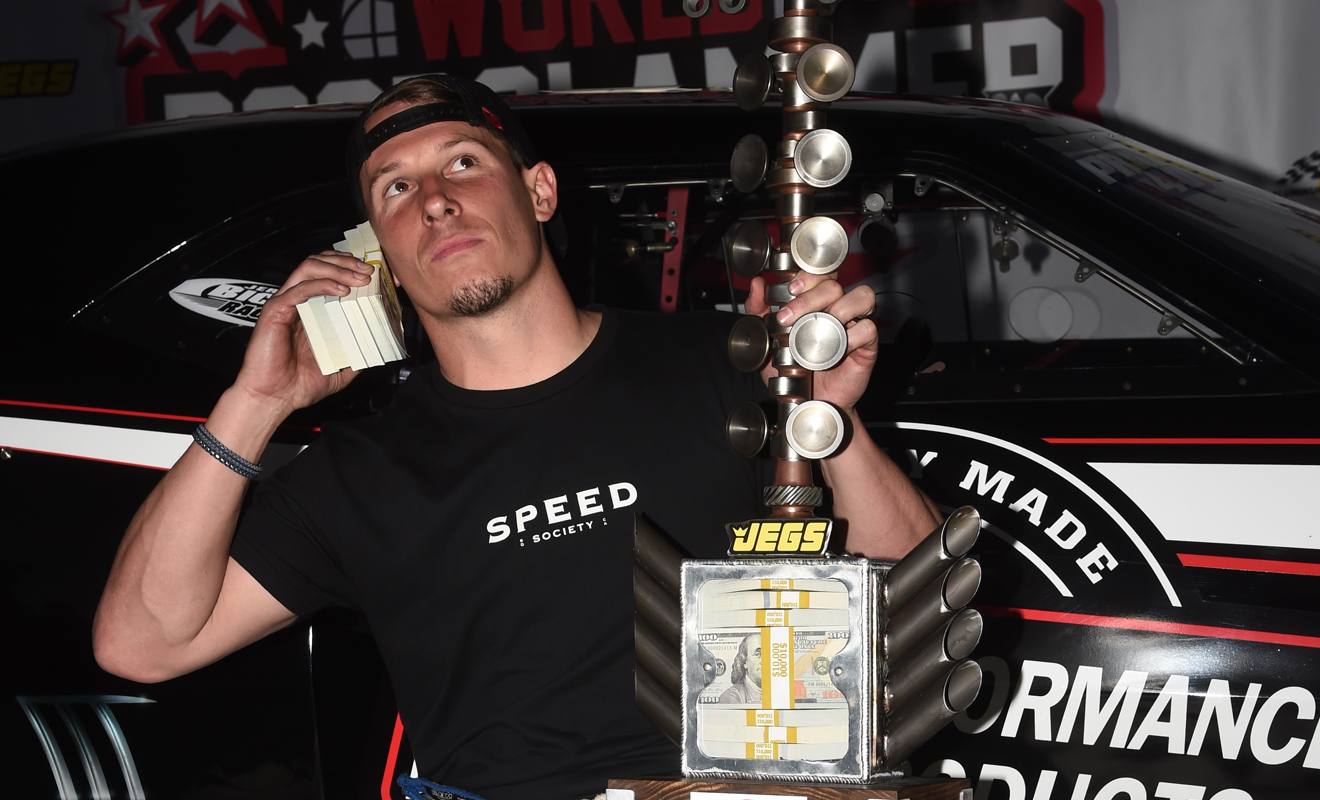 Alex Laughlin was in his element last year in Orlando at the inaugural CTech World Doorslammer Nationals, a raced that checked all the boxes for a clutch Laughlin performance.

It was big-money, a big spotlight for Pro Stock and Pro Mod, and big bragging rights on the line, and Laughlin enjoyed every bit of it.

Of course, winning $50,000 by taking the victory in Pro Mod didn’t hurt, either.

“I had an absolute blast there. I felt like it was my scene,” Laughlin said. “To have the two baddest door car categories on the planet racing there was incredible and everyone did an absolutely amazing job. It was a great event, a huge race and everybody this year is really stepping up even more. Competition wise? It’s the ultimate.”

Following a victory at the inaugural event, Laughlin is even more excited for the 2021 race, which takes place March 5-7 at Orlando Speed World Dragway.

The race had the drag racing community buzzing and Laughlin picked up another major victory in a marquee event. Since the start of 2019, the talented drive anything, anywhere, anytime standout has won Lights Out, the U.S. Nationals, the Gatornationals and the CTech World Doorslammer Nationals, all across three different classes.

A year ago, he won in Orlando in Pro Mod in a car he had never driven before that weekend, which sums up Laughlin perfectly. Yet, there he was, standing tall at the end after defeating Todd Tutterow in the final round.

It was a massive weekend for Laughlin, who got the call to Marc Caruso’s Pro Mod Camaro at the race. He jumped at the opportunity, received masterful tuning from Lee White and incredible support from Caruso, and went down in history as the inaugural winner of one of the biggest independent drag races in the sport.

“That’s pretty awesome to be the first winner,” Laughlin said. “I was struggling through the test runs and qualifying, but we made a good run to close out qualifying and we were all fired up. After that, we knew we could win the race if we made runs like that. The car was driving well and we had some luck, but it just turned out really well.”

Laughlin will be in another new Pro Mod – at least to him — at this year’s CTech World Doorslammer Nationals, as he’ll be racing a ProCharger-powered Elite Motorsports ’67 Mustang.

He just got fitted in the car last week and will begin making test hits later this month, but Laughlin sees immense potential. He’s worked closely with Justin Elkes at Modern Racing, and his excitement for what’s possible this season is already noticeable.

“I’m a huge fan of the ProCharger set-up,” Laughlin said. “It’s extremely cool and cool looking. It sounds good, it runs well, and I’m a huge fan. Plus, Justin has been slaying it on the keyboard, so I couldn’t be happier with the direction of everything.”

But it does take something special to deliver a winning performance at a big-money race.

After 30-plus Pro Mod cars were on the property in Orlando last year, Laughlin expects another star-studded lineup at the event in 2021. All the heavy hitters will be there, looking to put their stamp on one of the biggest race weekends of the year.

With that in mind, Laughlin has already been locked in on doing everything he needs to do to be ready when the first weekend in March comes along.

“This race is only going to multiply in size, so you know it’s going to be big,” Laughlin said. “We’re really excited, but preparation is absolutely the key. One of the things we stand behind at Elite is races are won at the shop. The team has done a great job of having the cars prepared as best as possible, and then we have to show up with your game face.”