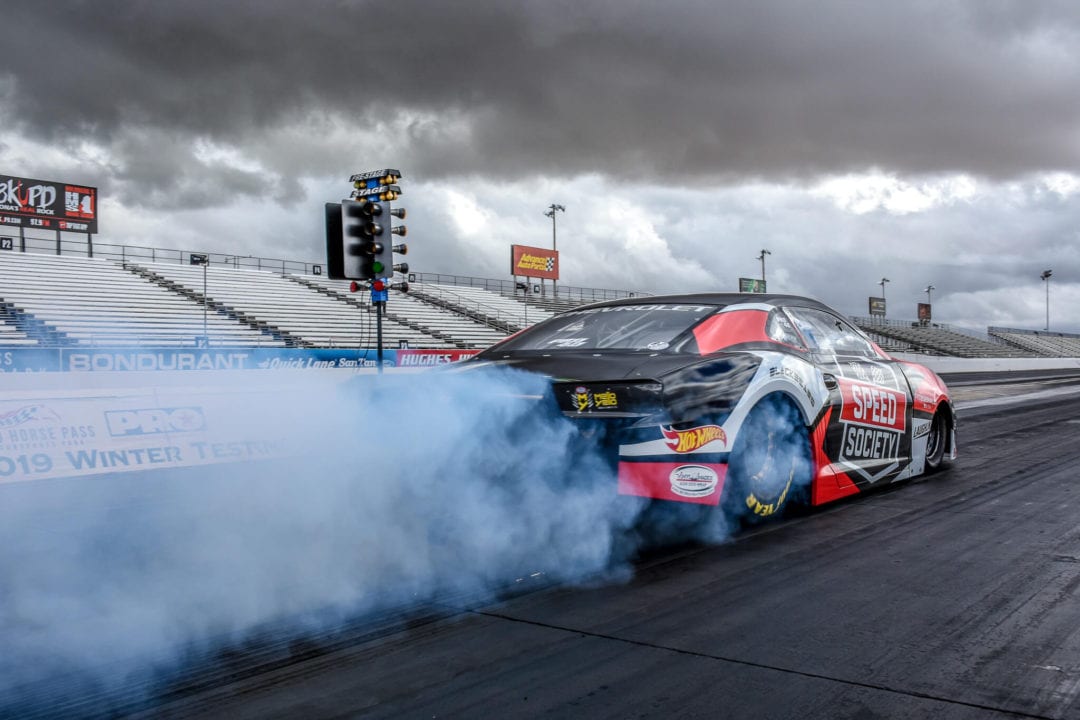 On the heels of an extremely promising test session with the Elite Motorsports Pro Stock conglomerate at the NHRA Spring Training event in Phoenix, Arizona, fan-favorite wheelman Alex Laughlin is excited to get his 2019 off to a strong start at the season-opening NHRA Winternationals. The only thing that may have the Texas-based driver more excited is debuting a new Speed Society livery near the fast-growing social media giant’s headquarters in Southern California.

“Doesn’t it look sick?” asks Laughlin, smiling ear to ear. “We always work hard to make our cars stand out from the crowd and the team at Blackbeard never disappoints, but I have to admit this Speed Society design is over the top. 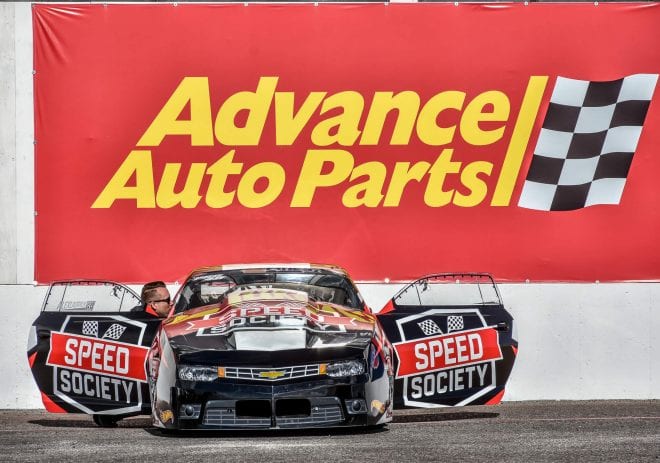 “Seriously, though, I couldn’t be more excited to start this season on a clean slate after how we struggled last year,” he continues. “It wasn’t until the last few races that we had everything where we wanted and felt like we had a competitive race car. So, to be partnering with Speed Society again as a primary sponsor and to have made the progress that we did in testing, it’s just a great way to start the season and make a huge statement – especially in the world of social media. I’ve been lucky enough to have not only a partnership with these guys for the last four years, but a real friendship, and I’m excited to continue to grow the relationship. They’ve supported me through the best of times and the worst of times, and they’re still standing strong with me in 2019.”

Charlie Rose, CEO at San Diego, California-based Speed Society, which boasts an online audience of almost 40-million automotive enthusiasts, is equally excited to see his passion-based brand’s colors on the side of a front-running doorslammer on drag racing’s biggest stage.

“We’re stoked to be riding with Alex Laughlin again for the season-opener in Pomona,” says Rose. “His passion and grassroots marketing style is something we can relate to and support wholeheartedly. He’s been a great addition to our Speed Society team, and we’re looking forward to supporting him not only this weekend and this season, but for as long as he’s behind the wheel.”

Finishing just outside of the Top 10 in the uber-competitive NHRA Pro Stock eliminator in 2018, Laughlin and his family-based race team intend to parlay a full-time presence on the Mello Yello NHRA Drag Racing Series tour into a career-best finish in 2019. 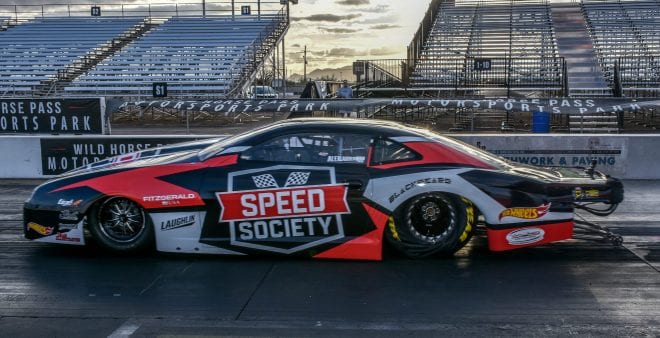 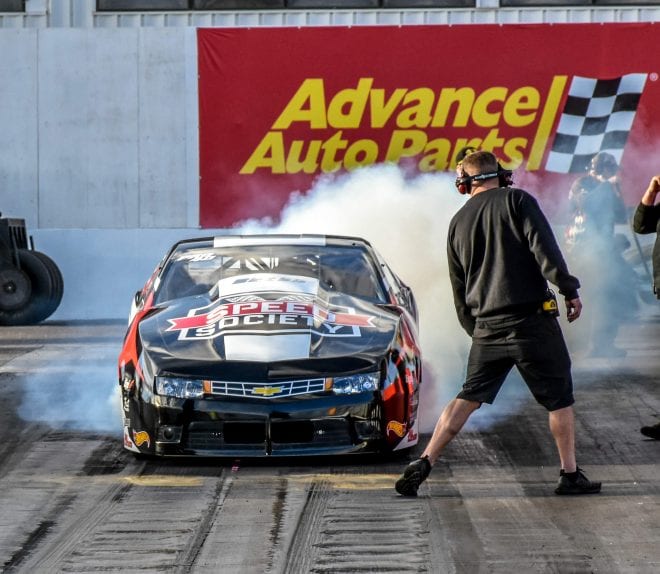