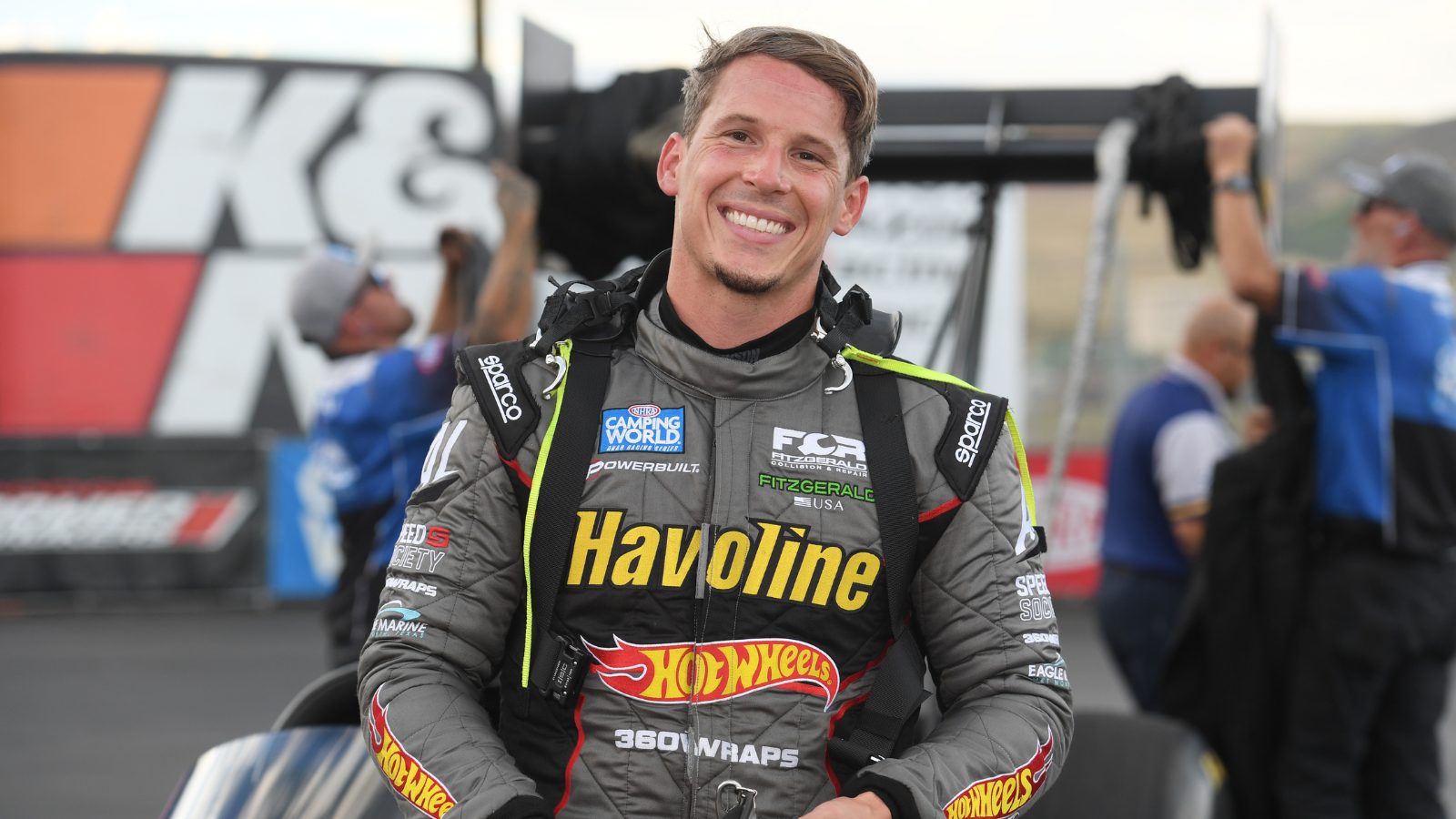 Alex Laughlin is not shy when it comes to drag racing. He has raced almost everything, from a 330 mph Top Fuel Dragster to go-karts and everything in between. Now, Laughlin is jumping headfirst into the world of “Street Outlaws: No Prep Kings.”

Three races into his No Prep Kings stint, Laughlin is ready to dive into the deep end of the pool, recently calling out the NPK reality star Ryan Martin for a grudge race at the “Street Outlaws: No Prep Kings” event in Denver, Colorado.

Laughlin said he’s been trying to “stay in his own lane” and treat the series’ Futures class like a tryout. However, he’s ready to take the next step. That step is “if you want to be the best, you have to beat the best,” Laughlin stated.

“In the most politically correct and the most respectful way possible, I would like to go into Denver this weekend and call out Ryan Martin, in his Fireball Camaro, on a three-race grudge race set. Best out of three wins.” Laughlin is leaving the structure of the race up to Martin if he accepts the call out. “I am confident enough that I think we can beat him,” he said.

Laughlin entered his first No Prep Kings race in Tulsa, Oklahoma. He loved this type of racing so much that he entered again in Boise, Idaho. Now, he’s hot off the track from the most recent No Prep Kings event in Tucson, Arizona, and he wants more.

“This is something that accidentally happened. It wasn’t something I was pursuing,” Laughlin explained. “We’ve been having a fantastic time. They do an awesome job with the race. The fans are the most passionate people that I’ve ever seen in my life.”

“That’s kudos to the Discovery Channel and the Pilgrim Production crew and what they do to tell the story of these drivers. They show what it takes, sacrifices and all, to get the car down the track,” Laughlin said. He compares the “Street Outlaws: No Prep Kings” series to the Formula 1 hit series on Netflix, “Drive to Survive.”

The Denver event will likely be Laughlin’s last No Prep Kings event for the year. The Texas native is committed to the NHRA racing schedule and piloting his Havoline/Hot Wheels and Chevron Top Fuel Dragster. Laughlin said he’s been having fun doing both during his callout and gaining momentum in the No Prep Kings scene.

“The car has been progressing from race to race since we’ve been slowly converting it from a radial tire setup into an actual no prep setup,” explained Laughlin about his baby blue screw-blown C6 Corvette. “It’s not ideal, but they’re doing pretty well with it. We’ve been going rounds and beating other cars that have been out there for some time.

“I officially would say that I have the confidence that we have the fastest car on the property,” he confessed. “That’s not just the Futures class – that’s the entire group of no prep racers.”

Laughlin wants to see how he stacks up against everyone in No Prep Kings, especially the best men and women that race in “Street Outlaws.” That led him to call out Martin, which he stated would be a friendly rivalry between the two.

“I’m on standby waiting for Ryan to accept the call out,” he said. “I have the utmost respect for him. We’ve been friends for a long time. This would be a friendly duel to see where I stack up.”

Laughlin will keep fans posted on how the weekend goes via his social media. The “Street Outlaws: No Prep Kings” Season 5 event is set for Friday, September 16, and Saturday, September 17, at Bandimere Speedway in Morrison, Colorado.