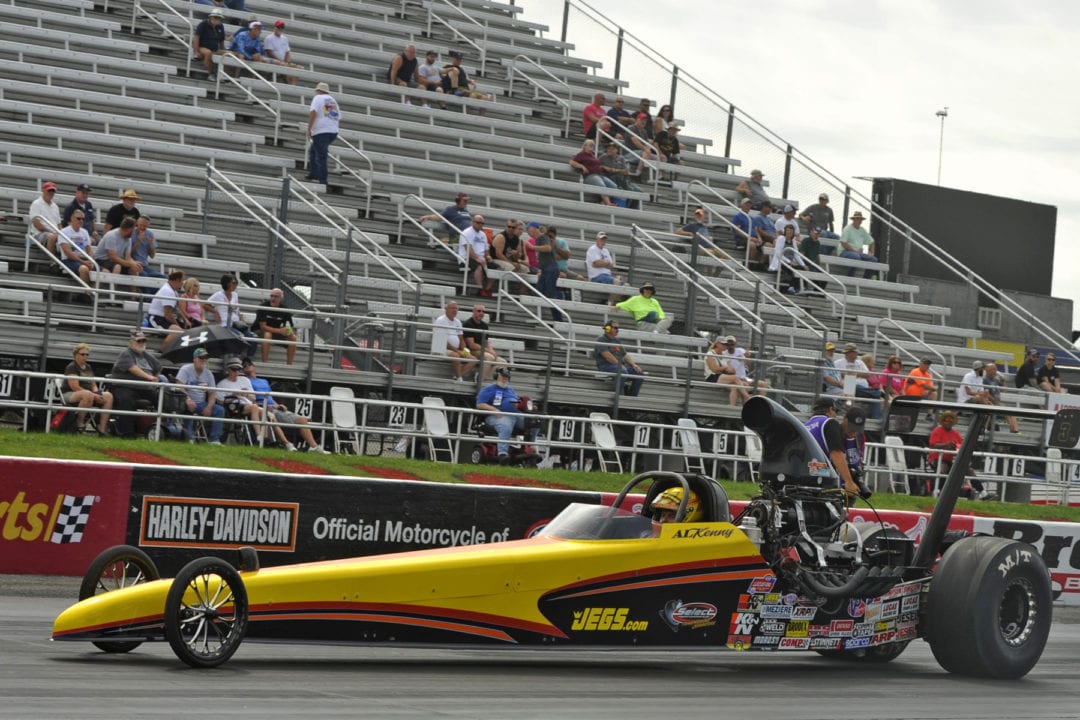 “A good place for old guys that want to go fast” is how Alan Kenny of Kutztown, PA., says that the Top Dragster class was described to him, and he agrees. Kenny’s sleeping a bit easier tonight after barely making the Top Dragster field. Several years ago, Kenny may have never thought a 6.234 would be the bump spot for a 32-car field, but heading into the race he knew that competition would be tough.

“Looking at the list coming in, I knew I had better figure out how to run a quick number,” says Kenny. “I usually look to see who I think I can outrun heading into the race.”

He says the field next year will be even tighter, and racers better plan to run a 6.15 or better, to even qualify.

It’s no doubt that racing has changed over the years, and no one would agree more than Kenny. He says that the Top Dragster car he’s running right now reminds him of the Top Alcohol Dragster he ran from 1978 to 1984. He’s actually going a lot faster in his dragster today than he was back then.

“I came to Indianapolis in 1971. I drove all night to get here and stopped at a diner around 6:30 the next morning. I grabbed a newspaper and [Don] Garlits was on the front page. He had the low qualifying position with a 6.26 in Top Fuel, and now our Top Dragsters are running quicker than that.”

Kenny is happy that Top Dragster is finally competing at the U.S. Nationals, but he says it’s five years too late.