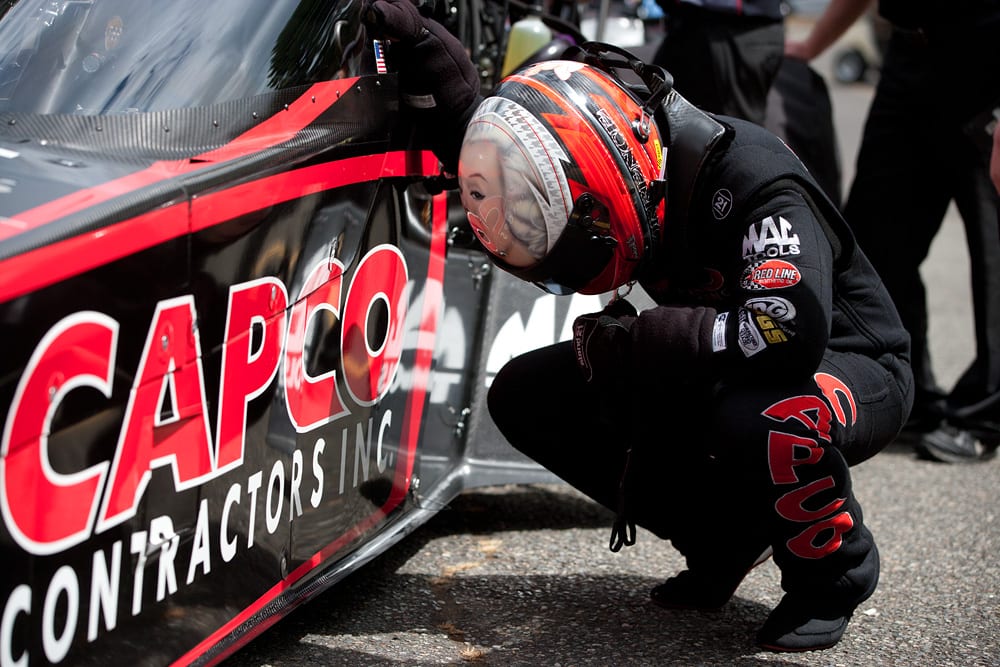 Steve Torrence took a bold step forward in his bid to become the first driver to win NHRA World Championships in both the Fuel and Alcohol divisions when he announced Wednesday the hiring of Alan Johnson to work with crew chief Richard Hogan on the Capco Contractors dragster beginning with this week’s 18th annual AAA Insurance Midwest Nationals at Gateway Motorsports Park. 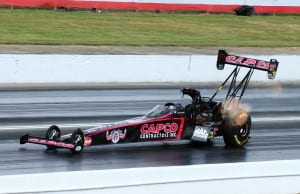 Johnson, who has won 11 NHRA Top Fuel titles with five different drivers including Tony Schumacher, Larry Dixon and Gary Scelzi, became available after he opted to park his own race car while pursuing additional sponsorship.

Johnson’s team ran the season’s first 18 races with help from Guy Fieri and his Knuckle Sandwich brand but ultimately was unsuccessful in securing sufficient sponsorship to offset the loss of Al-Anabi, which opted out of its commitment the week of pre-season testing.

“To race against guys like Tony and Antron (Brown) and all the multi-car teams, we need all the help we can get,” Torrence said. “Alan and Richard are good friends and have worked together before so it was a good fit for us. Alan is probably the greatest crew chief ever. He wasn’t going to be on the sidelines very long. We’re fortunate we could get him in our camp. I’m excited and I know the team’s excited.”

A five-time Top Fuel winner, Torrence starts this week from the No. 9 position in Mello Yello points after losing a second round race to Brown last week at Charlotte, N.C.

Encouraged by his advance to the semifinals at Gateway just a year ago, Torrence will try to make a move in the standings at the wheel of a Capco dragster that this year has had difficulty translating qualifying performance into race day success.

Although he has started six of the last seven races from no worse than the No. 4 qualifying position and even though he has sped to the three quickest times of his career during that span (3.732, 3.733 and 3.734 seconds), the 32-year-old Texan has only eight round wins to show for it, half of which came in his victory in the Mopar Mile-High Nationals at Denver, Colo.

“We know we need to string together some round wins,” he said, “but against these guys, that’s easier said than done. There’s really no margin for error for the driver or the crew chief. We’ve qualified really well. My guys have given me a great car. We’ve started third the last two races and what we got for it was a first round against Richie Crampton – and he started third in the Countdown.

“The thing is, there aren’t any easy rounds,” said the 2005 NHRA Top Alcohol Dragster World Champion. “We know that. You have to bring your ‘A’ game every time, but I think the Countdown’s still wide open right now. We’re six rounds behind Antron but if we get on a roll, there’s no reason why we still can’t make up that difference. It’s still about timing and whoever has the hot hand.

“I already felt pretty good (going into the Midwest Nationals), but now, with Alan on board, I can’t wait to get back in the car,” Torrence said.

He starts Friday just one round win out of sixth place, the position in which he finished a year ago.

Torrence is accustomed to fighting uphill battles. As a teenager, he was diagnosed with Hodgkins lymphoma and his successful battle against the disease changed his perspective on almost everything.

“It has an effect on everything I do,” he said. “I think it’s what makes me so gung-ho, because you never know what’s ahead; you never know when it could end. So I try to get after it every day and just enjoy where I am, what I do and who I do it with.”

Johnson, who won four Top Alcohol Dragster Championships with his late brother, Blaine, won 11 of the last 17 Top Fuel titles as either car owner, crew chief or both. He won five straight titles with Schumacher (2004-2008) after winning with Scelzi in 1998, 1998 and 2000. He won the 2010 Top Fuel title with Dixon, the 2011 championship with Del Worsham and the 2013 crown with Shawn Langdon.