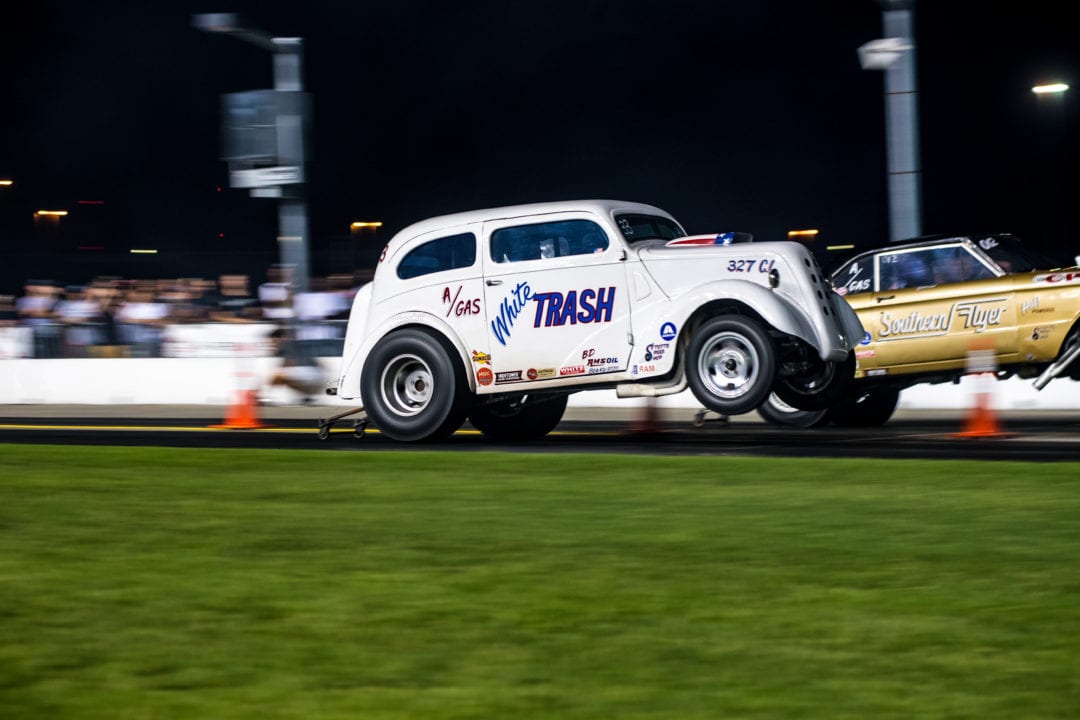 Sitting at a table at Wings Etc. in Boiling Springs, S.C. last week, Quain Stott found himself more nervous than almost any final round he had been in.

His brainchild and his baby – the Southeast Gassers Association – were about to make their national television debut on Discovery Channel’s hit reality series, Moonshiners: Full Throttle Throwdown.

A huge watch party converged at the popular sports bar and grill, but Stott’s only wish was that the Southeast Gassers were properly portrayed during the one-hour segment.

With a chuckle sneaking through his Southern drawl, Stott joked he thought about keeping a paper bag close in case his nerves turned into queasiness, but it wasn’t needed. The show portrayed SEGA well, drew rave reviews and finished with more than 1,150,000 viewers, all things that made Stott a happy man.

“I was nervous, but it was pretty cool. By the time it was over, I had my head held high and felt really good,” Stott said. “I was very proud. I’ve been on TV many times before and done thousands of interviews, but this was not me on TV, this was the Southeast Gassers. What makes me proud is Discovery Channel wanted it. If I stop right now, I feel like I made it, but this is not the final step. There’s a lot more we still desire.”

If the opportunity presents itself, that means possibly going from one successful episode on Discovery to a full season and beyond. 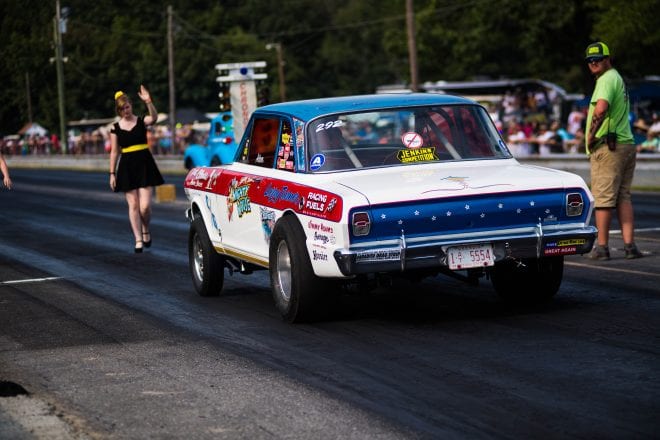 But Stott isn’t interested if it’s only going to be a single season. Since he started the Southeast Gassers Association in 2012, Stott has been focused on the long-term success of the organization, a steady build that has resulted in one of the most successful nostalgia racing circuits around.

For that to continue, that means looking far past a single season on television, and also maintaining the aspect of competition. Stott was hounded by Discovery Channel for two years in regards to a show, but he stuck to his guns on how he wanted the show portrayed. In the end, Stott’s stance won out, as the show displayed the intense competition and points race from a race at Carolina Dragway, an aspect that has made the Southeast Gassers Association such a hit among fans.

“In my contract, I had it that the racing was not allowed to be altered in any way,” Stott said. “They could film the race and do a story about that. I’m not playing on any of that silly stuff. Everything you see now has to have some kind of gimmick, but I thought they did an excellent job. I was really happy with the fact they presented it as a race. We didn’t have to fake anything. It was all real and all there.”

Authenticity remains critically important for Stott, as it’s the backbone of what he believes has made the Southeast Gassers Association so popular. The series is regarded as the most period-correct gasser group of any in existence, a real and authentic throwback in the 1960s.

Maintaining that has been stressful at times and required a massive workload from Stott, but it has all been worth it.

“We have the appearance of a gasser from the 60s, but we also race the way they did in the 60s,” Stott said. “The class is called gassers because they run gasoline. We’re the only group in the world that enforces that rule. We’re doing it different and we’re trying to do it authentic. What we did is different and we took it to the next level.”

That dedication is a major reason why the Southeast Gassers are thriving while others are floundering. Stott likes to say he didn’t start the gassers craze, he “just fixed it.” He saw people destroying the history of the name and class, but in the midst of that self-satisfaction, Stott has built a successful series.

SEGA, which opens its 2019 season on April 13 at Shadyside Dragway, packs tracks these days, solely advertising the gassers and the intense, unpredictable action they provide, and it’s been a successful recipe. Now with a television show under its belt, Stott is hopeful for more growth.

He dreams of packing in 10,000 fans to watch a gassers event, and a possible long-standing Southeast Gassers television series and Stott is willing to work to make that happen. He’s seen significant growth up to this point, but Stott isn’t slowing down anytime soon. The 2019 season includes 11 races and the series looks to takes another step in its growth.

“We’re using TV to educate fans what a gasser is,” Stott said. “We’re getting repeat business because our show is what we advertise it to be. We’re forcing them to have a 4-speed and forcing them to drive an ill-handling car. That’s what fans want to see. We measure our success by how many spectators come through the gates, but I’m very much pleased with what we’ve done and how the show turned out.” 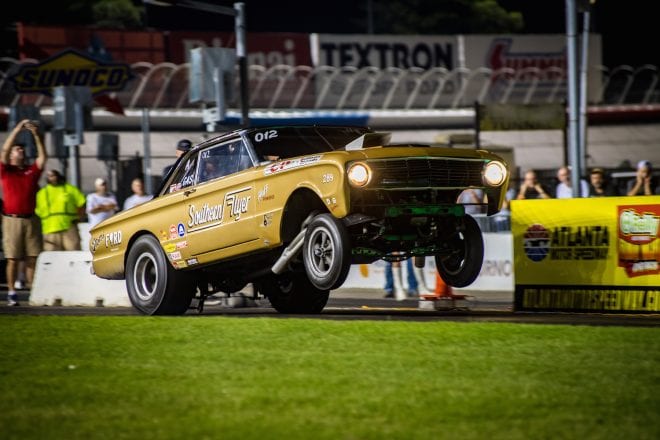