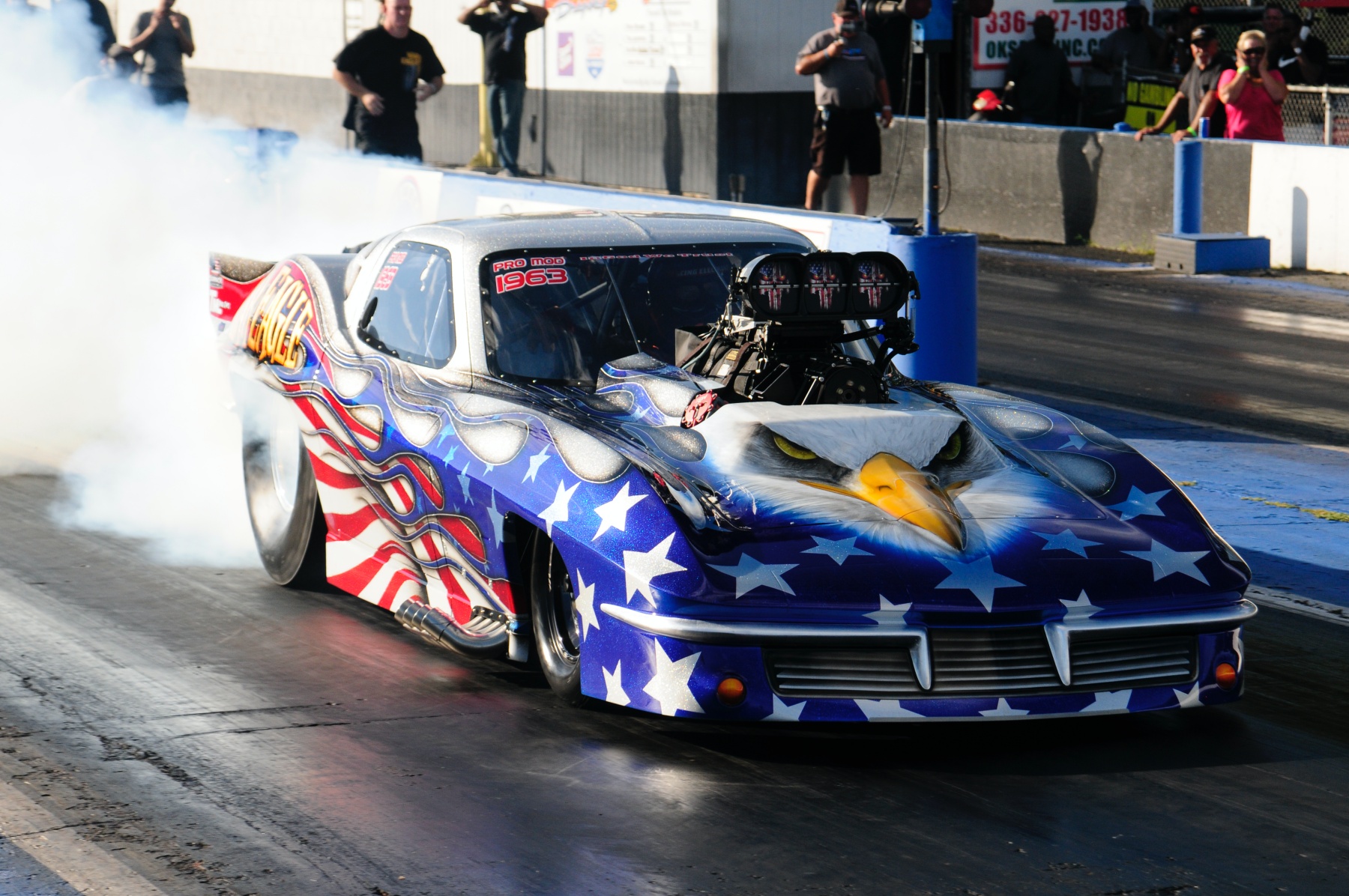 August of 2017 was typical weather in the Carolinas, with high heat and humidity. With a track cleanup under way, Jamie Chappell and his fellow Renegade competitors sat patiently in their cars for the track to be cleared. Chappell and wife Gina’s Tommy Mauney-built “Blue Thunder” Corvette were next up to make a pass, which resulted in a trip to a local hospital for Jamie. The Corvette was loaded up in the Chappells’ trailer awaiting news from the hospital. With a big thumbs-up and a headache, the Chappells returned the next day to take the nitrous-powered car home to Elkin, North Carolina, and to make a decision as to the future of their racing program.

Fast forward to September 2022, the Corvette has gone through a complete makeover at Tommy Mauney’s shop and the split-window ’63 Corvette is now powered by a blower motor and carries one of the most beautiful paint schemes in all of drag racing. This said, Chappell was in attendance for the Big Dog vs. the World event coordinated by Lance Stanford’s Carolina No Time group earlier this month. It was to have been a two-day affair, but Mother Nature had other ideas and the event was rescheduled for a one-day event on Saturday, Sept. 10. 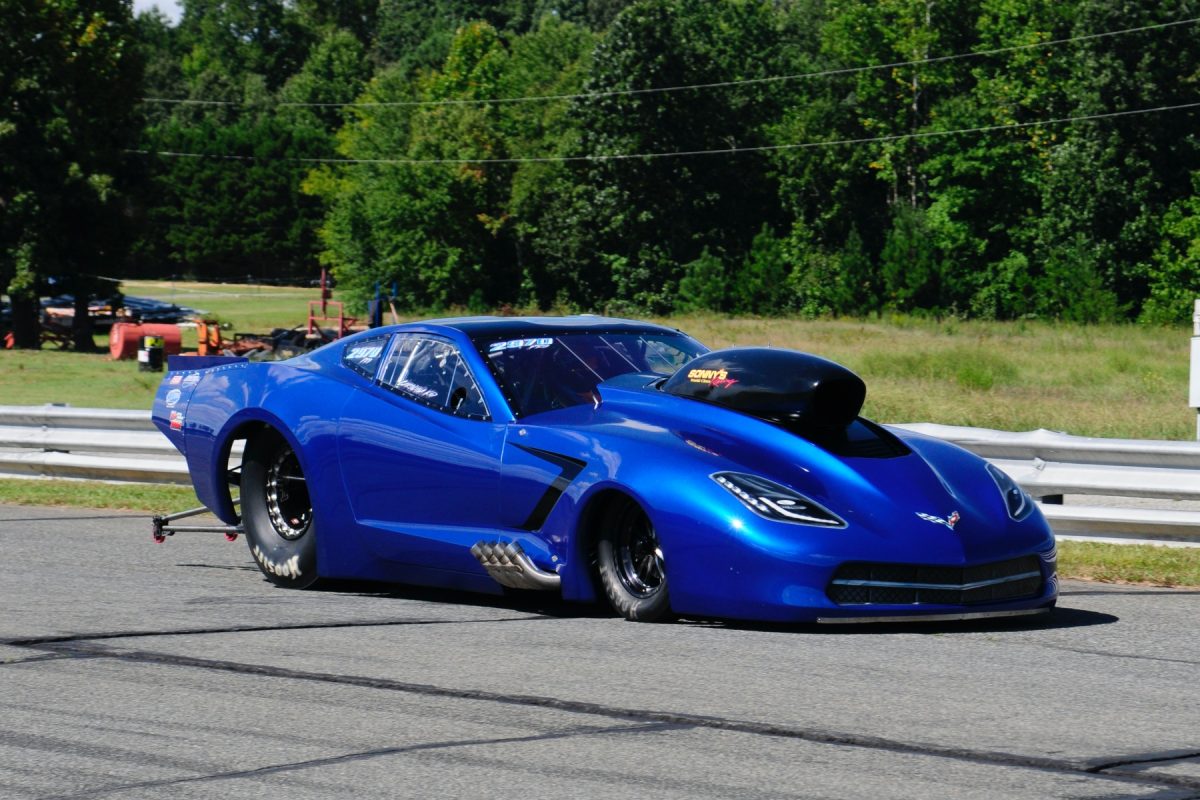 A field of eight cars were on hand with N/T cars, Outlaw DoorSlammer, and 4.60 motorcycle also in competition. The cars on hand included Big Dog regulars like Travis Harvey, David Lambert, Tim Lawrence, Scott Lang, and Brian Shrader in his Pro Nitrous Corvette. Other competitors included William Brown III in his ProCharger-equipped Camaro, a Firebird driven by “Big Sexy,” and the aforementioned Jamie and Gina Chappell.

The finals were set to be incredible, but a $.28 part cost Harvey his run, and the “War Eagle” cruised to a win and the coveted “Big Dog” trophy. Along with the incredible work done by Mauney to bring the Corvette back to its current state, Jamie and Gina are quick to thank the staff and crew at SRM Paintworks, in Elkin, North Carolina, for the absolutely gorgeous paintwork. Also credit goes to Terry Coyle and Robbie Matthews for tuning the Hemi to a string of high 3.70’s for the win. Chappell also thanked Justin Carmack and Eli Moore from Carmack Engineering, Chuck Ford for the engine combination, and William Lane at Lane Industries and Randy Anderson for all their support. 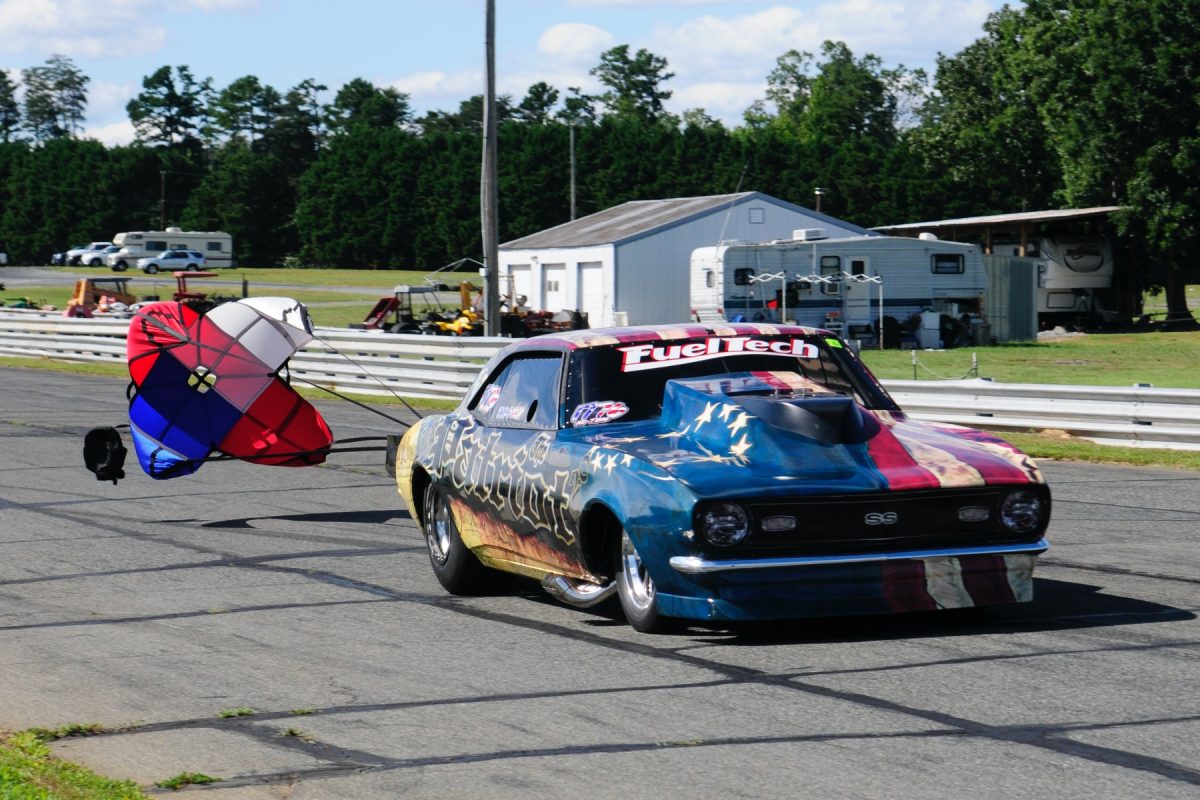 Other winners included David Brinkley in the beautiful “Patriot” Camaro, newly rebuilt after an unfortunate fire only four weeks before. Outlaw DoorSlammer was won by Justin Stanley in the Stanley Family Racing Malibu. The crowd was incredible and all left satisfied with the one-day-only event. Next is the Big Dog finale on October 8. 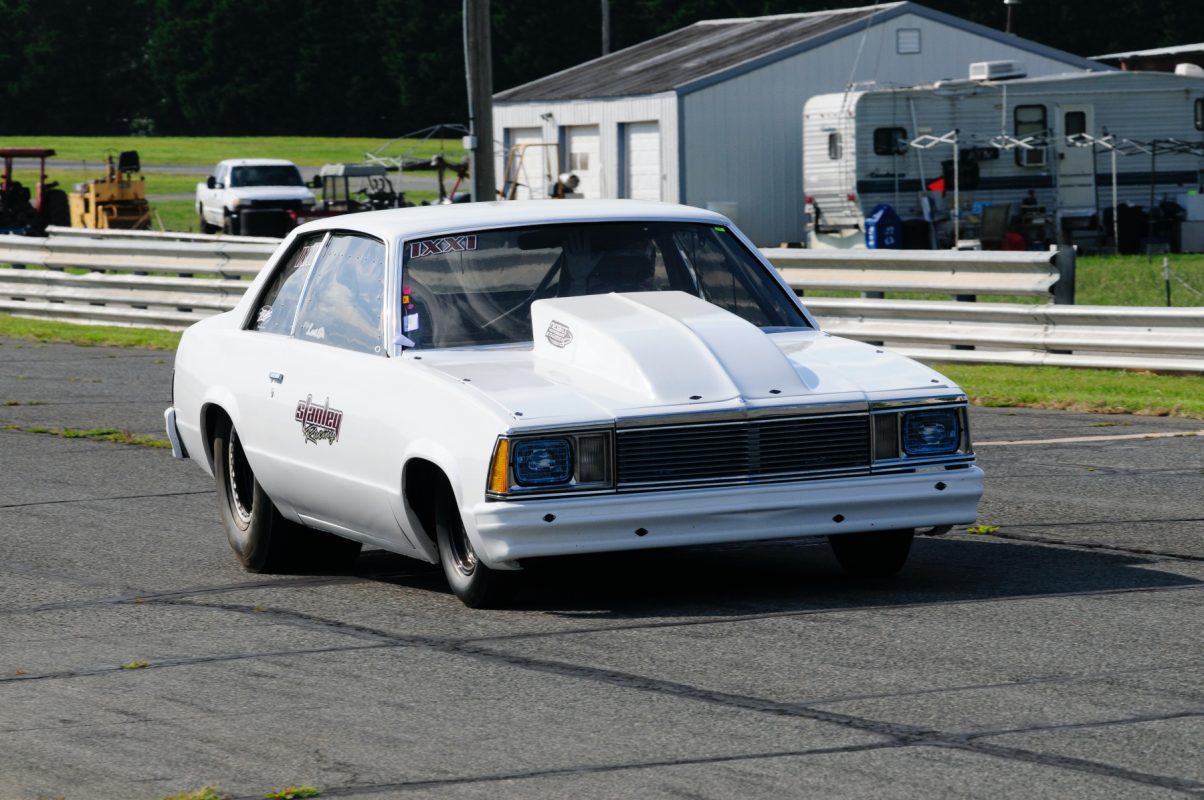