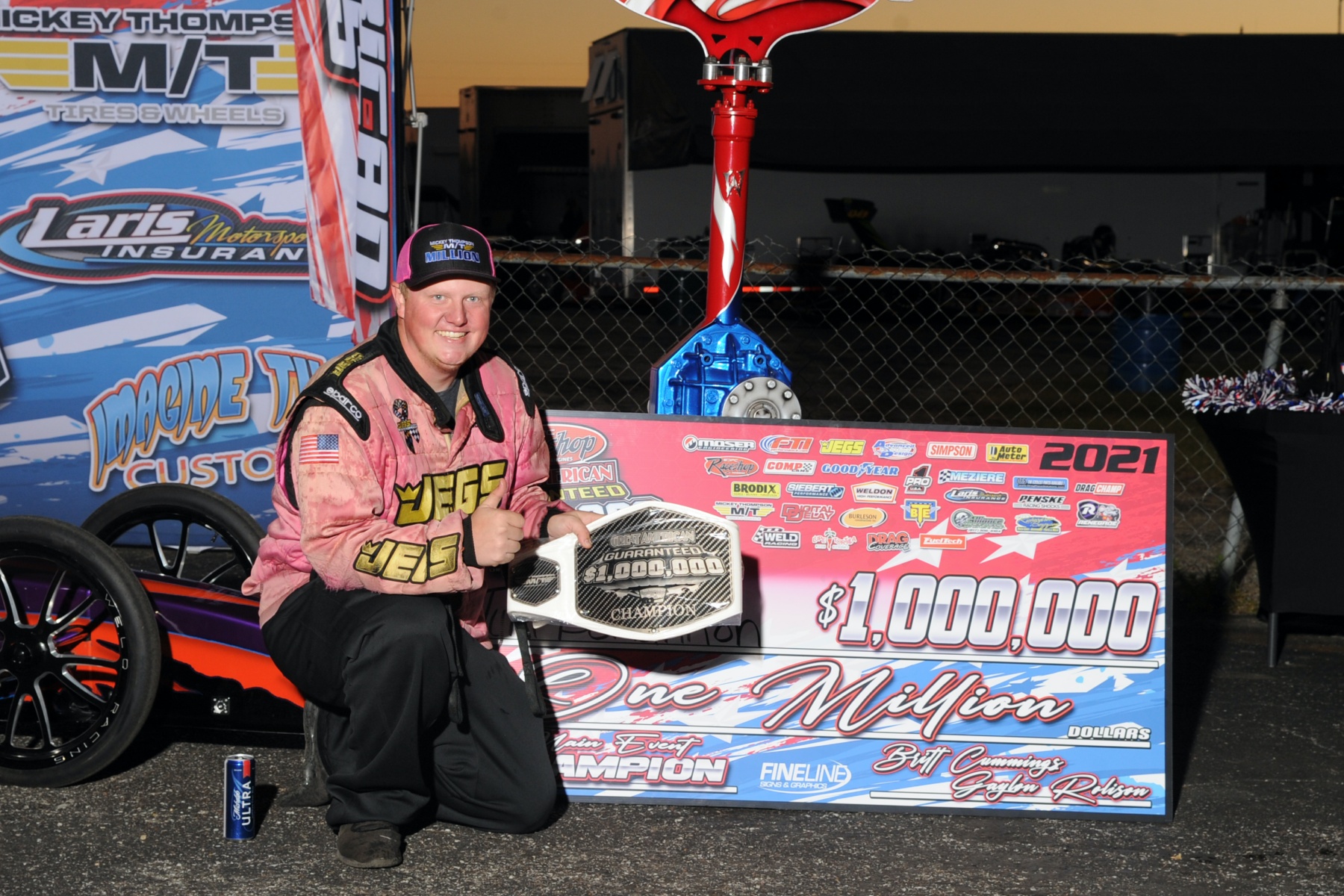 At just 23 years old, third-generation racer Tyler Bohannon made bracket racing history when he became just the second winner of the Great American Guaranteed Million at Capital City Motorsports Park in late November. He walked away with a seven-figure check, a championship belt, a custom trophy, and bragging rights as the winner of the highest paying drag race in 2021.

“For a kid my age, you’re looking for that one thing that will move you up to that next level with the guys you’ve looked up to your whole life,” says Bohannon, who defeated Stephen McCrory in the final round. “A race like that is what I personally think does that for you. It changes the way people look at you when you come to the racetrack.

“This sport, to me, has been everything,” Bohannon continues. “I’ve quit every other sport I’ve ever played. Racing has always been No. 1 in my life. For me to be able to accomplish that goal is a pinnacle moment in my racing career because it takes you to that next level.”

The 2018 DI 30 Under 30 honoree closed out the season – or started a new one – with a $20,000 win at the New Year’s Nationals over New Year’s weekend. It was rewarding for Bohannon to deliver a couple standout performances at the tail end of the season for everyone who supports him, including his father, Chuck.

“Just a lot of good people came together to help me get there,” Bohannon says. “My dad’s given up just about everything to help me make it in this sport. He knew I never wanted to do anything else and it was a dream of mine to make this my life. He’s given up literally everything to try to make that possible. That’s something I’ll never be able to pay him back for. J.P. Schuster has given me a car to win with the last couple months. Jeff Taylor Performance and Mickey Thompson Tires and a lot of other people give me the equipment to give me the best chance.”

While it will be hard to top a million-dollar win, Bohannon is chasing another big accomplishment this season: an NHRA Lucas Oil Series world championship.

“I was raised as a Stock/Super Stock racer so I still have a big itch to win a world championship,” says the Kentucky native. “That’s goal No. 1, as well as the bracket racing we can do when we’re not at NHRA events. Just try to ride the wave while it’s here.”

Bohannon will also continue to put on races of his own through TB Promotions, the race promotion company he started with Brian Whitworth. The duo will expand from the three races they held in 2021 and will host races at World Wide Technology Raceway near St. Louis and Kil-Kare Raceway in Xenia, Ohio.

“We’re actually adding another event, so we’ll have four this year,” Bohannon says. “We’re taking it to some new venues and trying to continue to grow those events and make them better for the racer.”