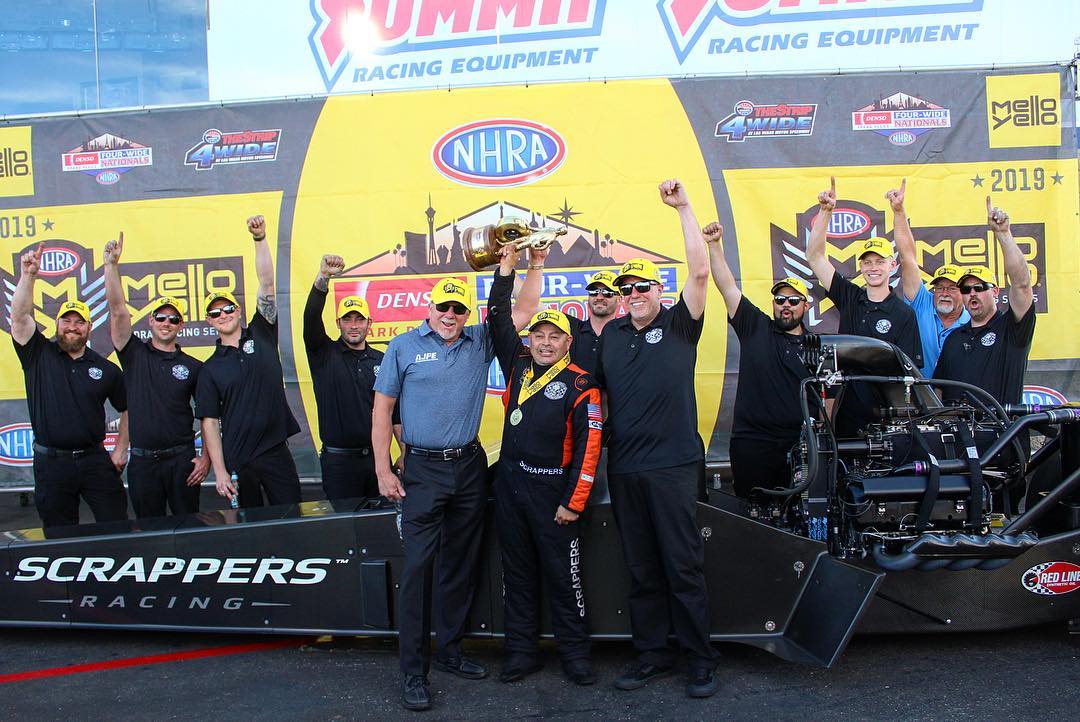 Mike Salinas may have his first career NHRA Top Fuel victory thanks to his incredible performance last weekend in Las Vegas.

But it’s not going to change his mindset or his desire to win even more races.

The Top Fuel standout has a quote that describes his approach to life, business and racing, and it’s one that will continue to drive his Scrappers Racing team as he heads to Houston Raceway Park for this weekend’s NHRA SpringNationals.

That means being confident in his standout team and his ability, something that was reinforced with Salinas’ career-changing moment at the four-wide event in Vegas last weekend.

Salinas qualified No. 1 with an impressive 3.705 at 328.46 mph and never let up, picking up his first career Top Fuel victory in the process.

The congratulations started soon after and they haven’t let up. From drivers in the pits to phone calls to text messages, Salinas has felt an outpouring of support that reached well over 1,000 people at last count.

“It’s sinking in now and when something like this happens, you realize how special it is,” Salinas said. “We had a little party at the trailer after we won, and we had a lot of people – Scott Palmer, Brittany (Force), John (Force) – they all came over and it was nice. They know how hard it is, so that was pretty neat.”

He continues to get phone calls from fellow competitors in a number of different classes, but Salinas isn’t about to rest on his victory. That’s not the way he is programmed and it’s not the way he built a highly-successful business or race team.

Instead, he’s going to push harder and stay driven, especially as he moved into second in the points standings heading into the fifth of 24 races during the 2019 NHRA season.

“It will be nice to get over to Houston and see if we can repeat how we did, how we felt and keep the momentum going,” Salinas said. “But we go into every race taking it one round at a time. So, let’s go there, qualify and see how we do, one round at a time.”

With crew chief Brian Husen and tuning advisor Alan Johnson leading the charge, it’s clearly a winning approach. The team took the entire car apart after a first-round exit in Gainesville, finding the solution to a problem that had been ailing them for two races.
With the issue solved, Salinas was outstanding from start to finish in Las Vegas. The next step is keeping that going this weekend in Houston, where Salinas will be motivated to grab his second career Top Fuel victory.

“We were pretty motivated as it was, the difference is all the guys on the team,” Salinas said. “Alan, all the guys, they knew (a win) was possible. I didn’t because it had never happened before. The car was super smooth, everything was smooth and it was good (in Vegas).
“We were able to soak it in and enjoy the victory, and we want to go (to Houston) and try to do the same thing.”

NHRA qualifying will feature two rounds at 4:30 and 7:15 p.m. on Friday and the final two rounds of qualifying on Saturday at 2:30 and 5 p.m. Final eliminations are scheduled for 11 a.m. on Sunday. 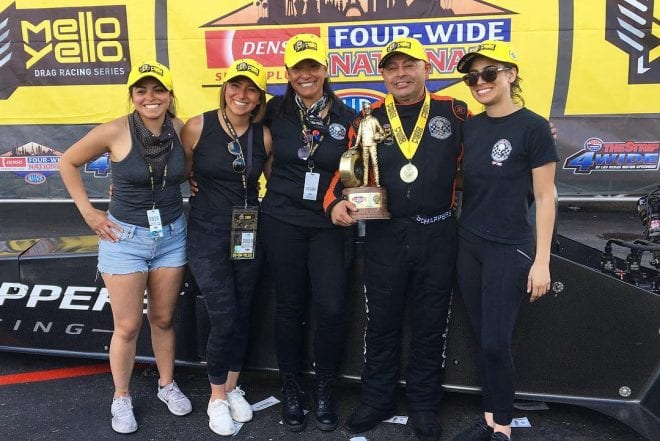