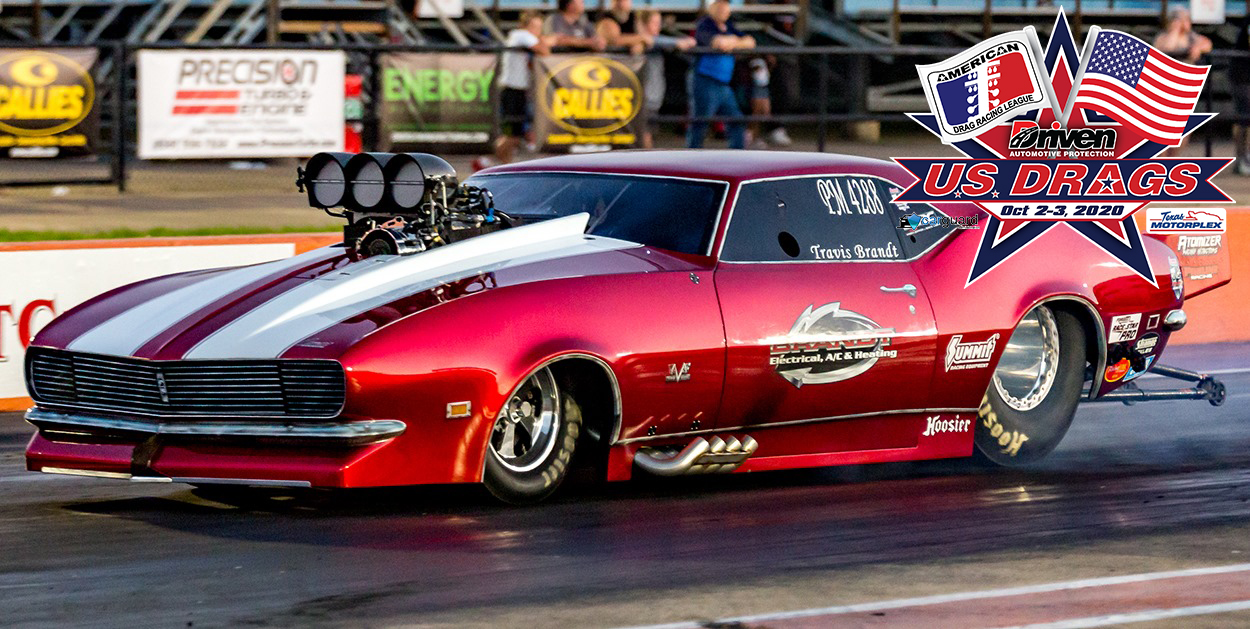 After the overwhelming success of the American Drag Racing League’s Dragpalooza season-opening race, Texas Motorplex and ADRL executives have agreed to a second event in 2020. The Driven Automotive Protection ADRL presented by CarGuard Administration U.S. Drags comes to the world-class racing facility near Dallas Oct. 2-3 with tickets, once again, completely free of charge.

Texan Frankie “The Madman” Taylor took home the famed Minuteman trophy in Pro Extreme two weeks ago and left a number of competitors eager for a shot for redemption in October.

“We are super excited for the opportunity to bring back the quickest door cars on the planet,” said Texas Motorplex General Manager Andy Carter. “With the racers and fans that turned out for the event last week in the mist of everything going in the world, I can’t wait to see how big it’ll be this fall!”

“We had a blast in Texas and we can’t wait to go back,” said ADRL President Mel Roth. “We saw some incredible runs and I feel like word of mouth will get out about how fun that race was and we’ll see even more cars when we come back in October.”

In other news, during last Thursday’s ADRL LIVE presented by Twin Lakes Whitetails broadcast from his home in Lake Saint Louis, Mo., CEO Kenny Nowling announced the return of ADRL’s popular Battle for the Belts competition for the Pro Extreme class.

The Battle for the Belts has seen some of the top names in doorslammer history hoist the ADRL strap, including Taylor, John Lynam, Bubba Stanton, Jason Scruggs, Todd Tutterow, and Von Smith. This year’s field will see the top 4 PX racers after the ADRL US Drags Oct. 2-3 face off during qualifying Friday, Oct. 23 at the season-ending Dragstock event at World Wide Technology Raceway near St. Louis. The winner takes home $10,000 in cash.

“What’s cooler than a world championship belt around your waist?” said Roth. “It’s the coolest trophy in racing, hands down, and we’re stoked to bring this competition back. One of the first questions I was asked when I came to ADRL was ‘When are you bring back the Battle for the Belts?’ We’ve got a great Pro Extreme field this year and if Dragpalooza last weekend was any indication, it’s going to be a great battle.”

The next event on the ADRL schedule is the ADRL Gateway Drags July 10-11 at World Wide Technology Raceway outside of St. Louis. As always, ADRL tickets are FREE and can be found at a number of area businesses and can be printed at home by visiting ADRLDrags.com.