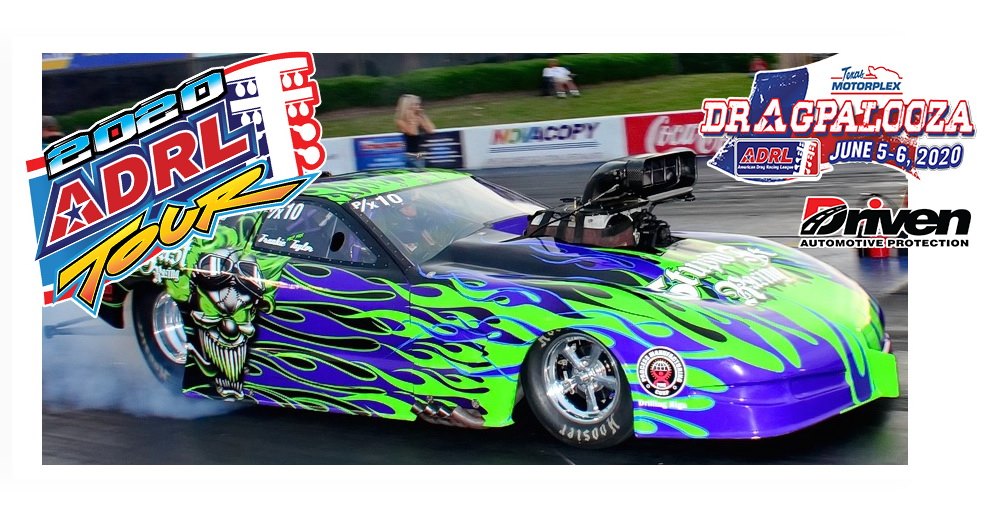 After a spring of quarantine and events held at empty facilities due to the COVID-19 pandemic, the American Drag Racing League (ADRL) is kicking the summer off in the Lone Star State with Dragpalooza at the Texas Motorplex June 5-6. With the efforts made by both the facility and ADRL to promote social distancing and spectator safety, the race is open to fans thanks to a recent executive order by Governor Greg Abbott.

“We’re very thankful to Governor Abbott and his decision to allow us to open this event to the people,” said ADRL President Mel Roth. “We as a nation have been through a lot in recent months and we hope the ADRL can provide a safe and fun release for those who have been quarantined during the pandemic.”

Texas Motorplex General Manager Andy Carter and his staff have been working closely with the governor’s office throughout the spring. They have provided invaluable information on how the venue could be opened to fans while promoting safety and a healthy environment for racers, crews, facility staff, and spectators.

“Governor Abbott’s leadership throughout this time has allowed us to be the first motorsports venue in Texas to allow fans to watch the sport we love and we are extremely appreciative of what he’s done for us and the state,” Carter said. “We’re taking every precaution to provide a healthy outlet for fans and racers who have been at home the last two months and we’re looking forward to a great race here.”

More than 30 Pro Extreme cars are expected on the property for ADRL’s first event of 2020, including Texans Frankie “Madman” Taylor, Steve Wiley, and former IHRA champion and NHRA nitro pilot Terry Haddock. Pro Extreme provides some of the quickest eighth-mile drag racing on the planet and has thrilled race fans all over the country. Other ADRL classes featured at Dragpalooza are Big-Tire No Time, Small-Tire No Time, Pro Jr. Dragster, and Top Jr. Dragster. Both days of racing will finish under the lights with jet cars and fireworks.

Dragpalooza will be carried live on SpeedVideo.com for those unable to attend or for fans wanting in-depth coverage while watching from the track. The full event schedule, along with up-to-the-minute information, can be found at the American Drag Racing League’s official Facebook Dragpalooza event page HERE.

As always, ADRL tickets are FREE and can be found at a number of area businesses and can be printed at home by visiting ADRLDrags.com.

For more information on the American Drag Racing League and to stay up-to-date on breaking news, follow them on their official page on Facebook at Facebook.com/ADRLDrags and on Instagram and Twitter at @ADRLDrags. Fans can also visit the official ADRL website at ADRLDrags.com.