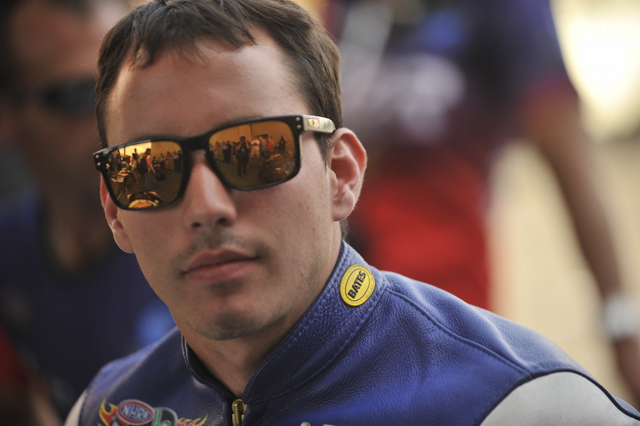 ProtectTheHarvest.com/Lucas Oil rider Adam Arana has enlisted in the United States Coast Guard and will step aside from his young Pro Stock Motorcycle career in 2015. Arana, 23, begins his service Jan. 6, 2015, when he enters boot camp in Cape May, NJ. He was sworn in for delayed entry on Oct. 21 after successfully completing required entrance tests. 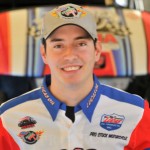 “This is something I’ve wanted to do before I even graduated high school,” Arana said. “It’s a little bit nerve-racking, but it’s exciting at the same time and I’m looking forward to it.

“I’m so glad I had the opportunity to race. If it wasn’t for Forrest and Charlotte Lucas and my dad, I wouldn’t be out here. I’ve had an amazing two years. It’s had its ups and downs, but this is something I will cherish the rest of my life.”

In nearly two full seasons of racing, Arana has one No. 1 qualifier and one final-round appearance. Plus, he was the lone rookie to make the Countdown to the Championship in 2013.

But Arana felt the call to serve, and after looking at his options he knew the Coast Guard was the best fit.

“One of my best friends is in the Coast Guard,” Arana said. “I knew I wanted to serve, maybe in the Army or another branch. He told me the Coast Guard has fewer people, so you get treated better and the individual matters.

Arana will serve four years on active duty, then four years on reserves. He hopes to join the Damage Control Unit, where he could learn skills like welding and carpentry to use after his Coast Guard service. 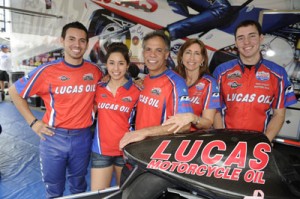 “I want it to be an amazing four years,” Arana said. “I don’t want to have any regrets, and it seemed like the Coast Guard would be the best for me.”

Arana joined his father Hector Sr. and his older brother Hector Jr. as riders on the NHRA Mello Yello Drag Racing Series in 2013, but the family has raced together for years and they remain very close.

Arana will miss the daily friendship with his family and friends in racing, but he’s ready to step out on his own.

“I see everyone out here more often than I get to see some of my close friends,” Arana said. “There are a lot of great people out here and I have a lot of fun. I get to spend every weekend with my brother, my dad, my mom, and my sister. I’m going to miss it a whole lot.”