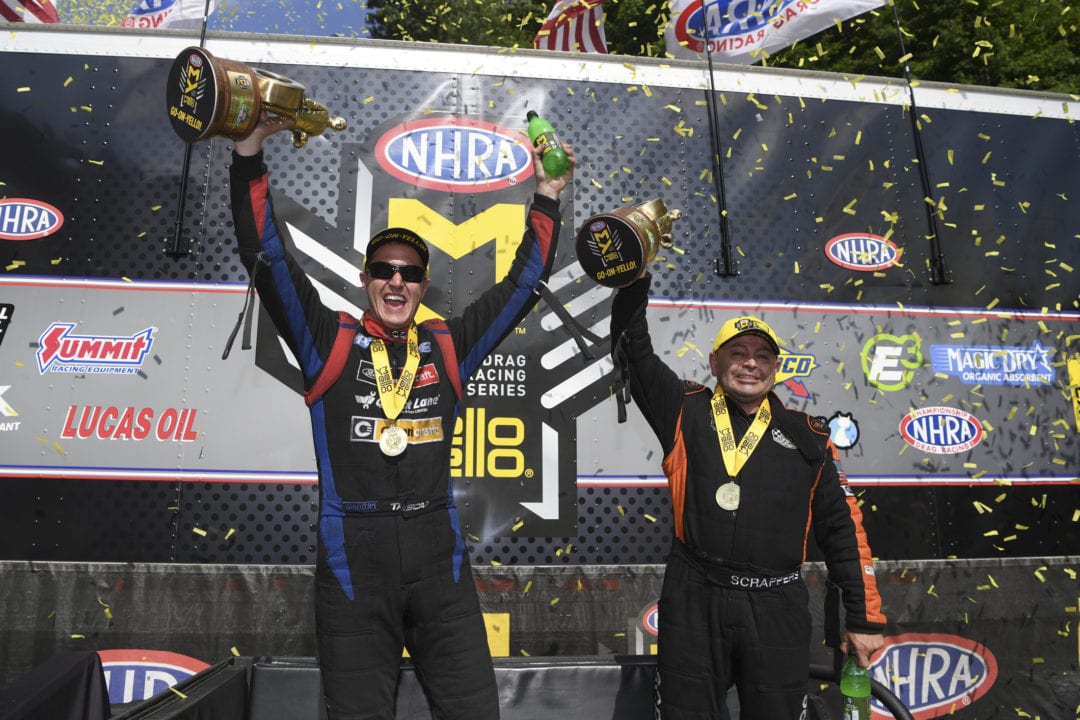 Mike Salinas also picked up the victory in Top Fuel at the 11th of 24 events during the 2019 NHRA Mello Yello Drag Racing Series season. Both Salinas and Tasca advanced to the final round in Bristol a year ago before falling, but it was a different story for each driver in 2019.

Tasca, who qualified third, beat James Campbell, Robert Hight and back-to-back Bristol winner Ron Capps, who beat Tasca in the final round a year ago, to reach his 13th career final round.

“It was just a hard-fought effort,” said Tasca, who improved to ninth in Funny Car points. “I knew it would be a slugfest against Force, but I love racing John. It was probably one of the biggest wins in my career. We had to build this car from scratch, but the chemistry on this team is good and I’ve never had a race car like this. It’s fast and the guys put me in a position to win. I love racing here. There’s so much history with my family racing in Thunder Valley and I really wanted to win this one. It was just a great day.” 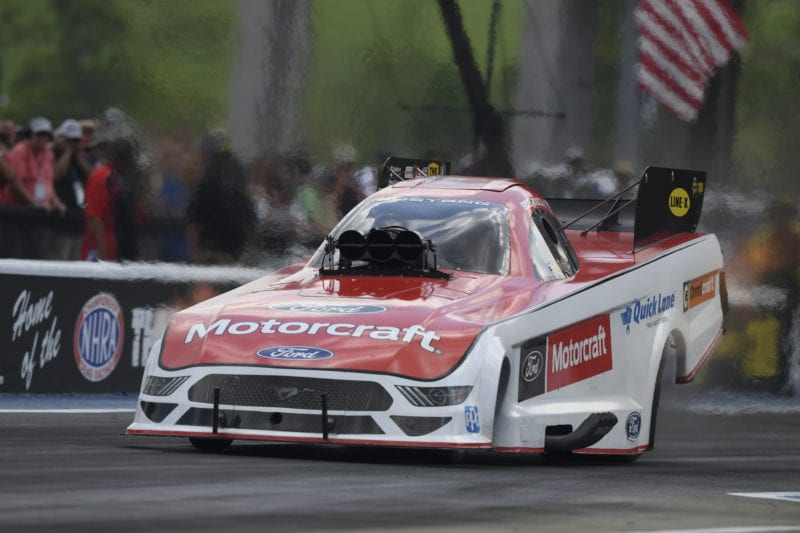 Force knocked off Jack Beckman and Tommy Johnson Jr. to reach his 252nd final round, but he will now have to wait until next weekend in Norwalk to try and get his 150th career win.

In Top Fuel, Salinas snapped the five-race winning streak of points leader and defending world champion Steve Torrence thanks to a final-round pass of 3.836 at 325.69 in his Scrappers Racing dragster. Torrence, who had won 22 straight rounds before Sunday’s loss in the finals, went 3.892 at 287.60, slowing at the finish line.

After winning his first career Top Fuel race earlier this year at Las Vegas, Salinas picked up round wins against Scott Palmer, Antron Brown and No. 1 qualifier Doug Kalitta on Sunday en route to his second career win.

“It’s kind of surreal what is happening,” said Salinas, who jumped to third in Top Fuel points. “The guys are amazing, they’re doing a great job and we’re having a lot of fun. You can’t take anybody lightly out here. I have all the confidence in this team and it’s just amazing to be in the seat with these guys. Alan Johnson and the crew, they just know how to do it and it’s just amazing, it really is.”

Torrence, who maintains a commanding points lead, reached his 48th career final round thanks to wins against Pat Dakin, Clay Millican and Dom Lagana. 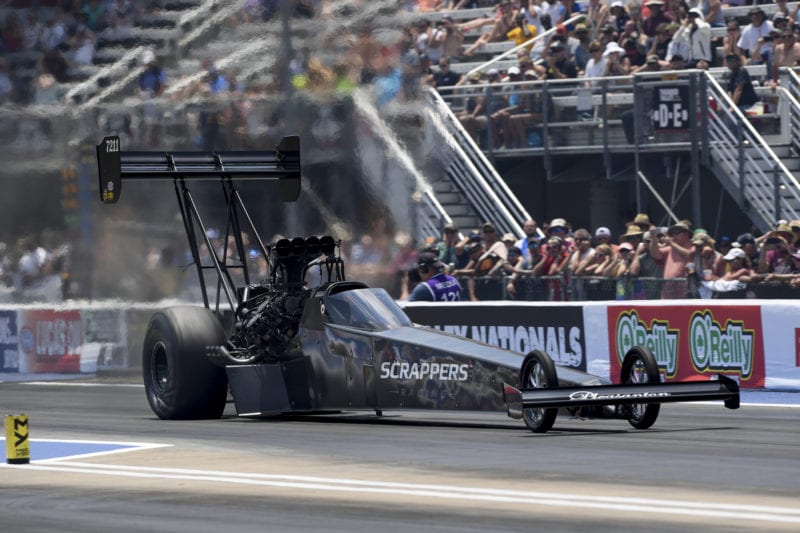 Sunday’s final results from the 19th annual NHRA Thunder Valley Nationals at Bristol Dragway. The race is the 11th of 24 in the NHRA Mello Yello Drag Racing Series.