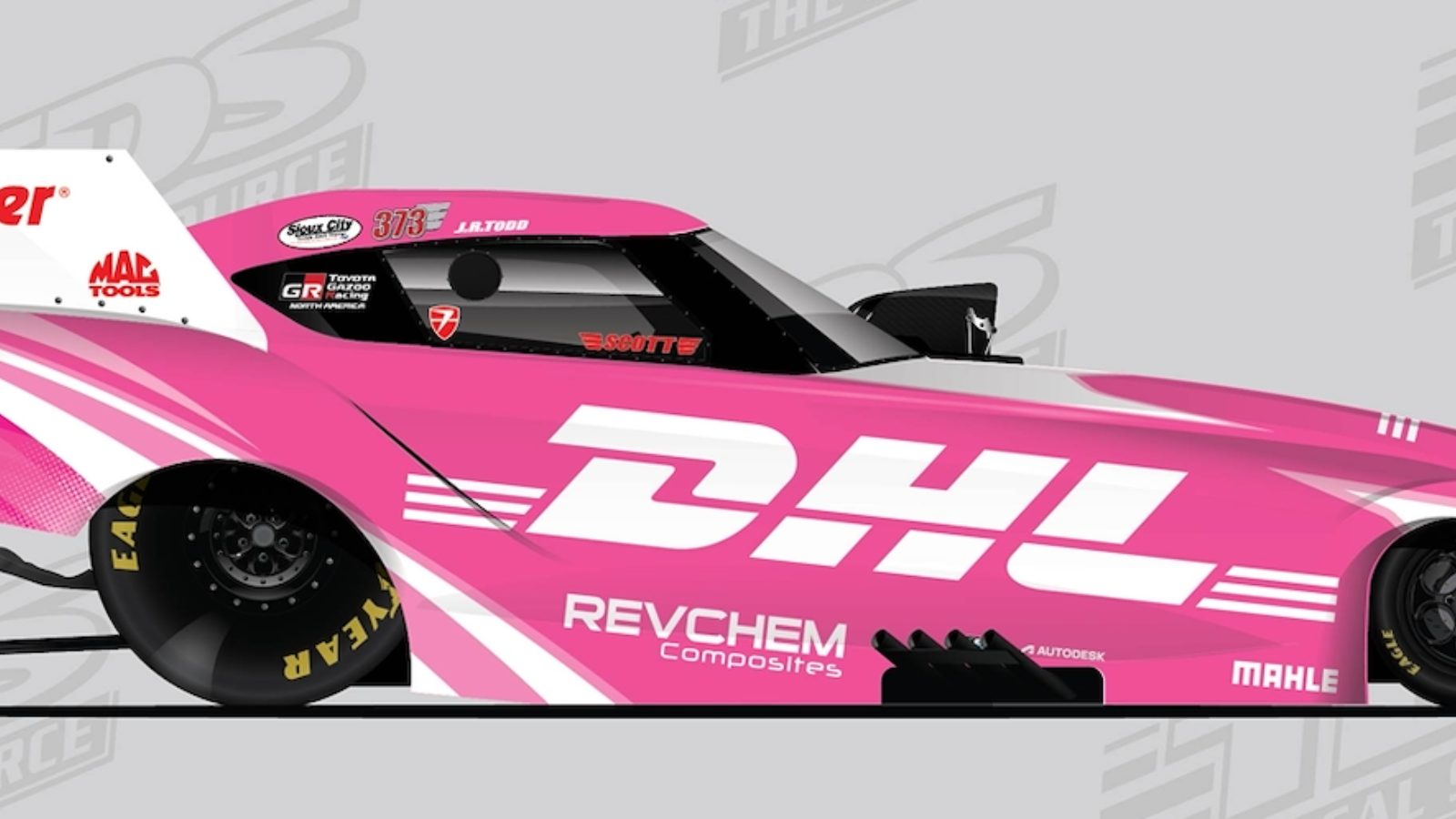 As the battle for the Funny Car world championship comes to conclusion J.R. Todd and the DHL Toyota GR Supra Funny Car team are looking at the NHRA Texas Fall Nationals as their next chance to move up in the standings. Three Countdown playoff national events remain on the schedule and Todd has experienced success at every event throughout his career. The Texas Fall Nationals is the one track where he hasn’t captured a Funny Car title, but the versatile driver has won in Top Fuel capturing the win in 2008. The Stampede of Speed event which will be capped with the Texas Fall Nationals October 14-16 will offer Todd and the DHL Funny Car four qualifying runs which the veteran driver knows will be critical to race day success.

“I wish every track had four qualifying runs because you just get better information and it gives all the teams more chances for success on race day,” said Todd. “I am looking forward to getting to the Texas Motorplex this weekend. That all-concrete track with some good weather could mean really quick times. There is also a $15,000 bonus for low ET on Friday night which will make it pretty exciting.”

Todd has two runner-up finishes at Texas Motorplex including 2014 and 2018. His most recent runner-up led to his first Funny Car world championship. His 2014 runner-up came from the No. 1 qualifier spot. This year Todd has won rounds from a variety of starting positions.  At eight of the past ten events Todd has started from the top half of the field including a runner-up finish in Seattle and a handful of semifinal and quarterfinal finishes. Every round win for Todd will equate to 20,000 meals for Feeding America thanks to primary sponsor DHL and Kalitta Motorsports.

“There has been a lot of interest in our Feeding America program for sure,” said Todd. “It is cool that every win light means we are helping families across the country. I would love to donate 80,000 meals with a win at Texas Motorplex. We’ll also be in a pink DHL Toyota Funny Car so that will be cool.”

In partnership with DHL Todd along with teammate Shawn Langdon are going pink for breast cancer awareness in October but also raising awareness for men’s health in November. Todd will be in a specially designed Funny Car for the final three races of the season.

The last stretch of the season will get underway for Todd on Friday afternoon with the first of two sessions followed by Saturday’s two runs. The 16-car field will start eliminations at noon CT.