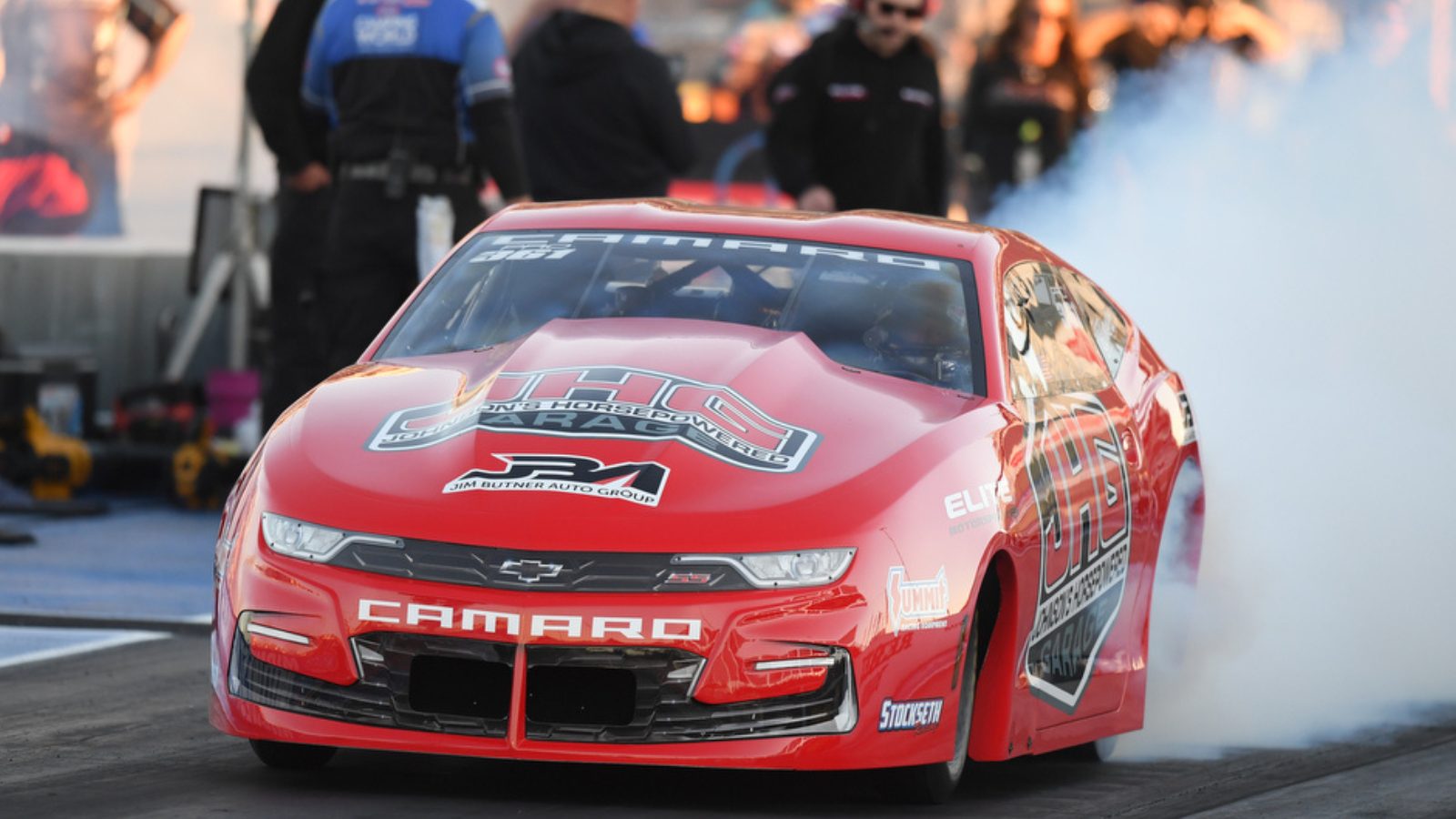 Final Pro Stock qualifying at the NHRA Midwest Nationals showed Bo Butner and the Johnson’s Horsepowered Garage team one very important thing: they will have an opportunity on Sunday to claim their first win of the season. Butner is particularly keen to get it done as he is eager to secure a victory at a racetrack where he has never before earned a national event trophy.

Butner, a 29-time NHRA national event winner, has scored victories at racetracks all across the country, including all but seven on the current tour. In all, Butner has seen the inside of the winner’s circle at 14 different national event racetracks in six different categories.

“It would be really cool to win St. Louis, and we definitely need a win in Pro Stock – here, there, or anywhere,” said Butner, who has experienced a season of growth with his new team that has so far been without the reward that he and the JHG crew has diligently worked toward.

“I’m happy with that; I just have to drive tomorrow,” he concluded. “The crew is behind me, the car is behind me, and now it’s up to me.”

He’s set up for Sunday with a Pro Stocker that has shown well-applied power in the most recent few events. In Reading, he was the No. 1 qualifier for the first time since 2019, and in Charlotte last week, his #JHGDriven was just a tick off the quickest run of the opening round.

“We know it’s coming, and I would love to get that Pro Stock trophy tomorrow for [sponsor] Jason Johnson,” said Butner. “He’s not here, and you hate to win at one of the few races when he’s not here – but it would still be cool to get him a Wally. That’s our goal for tomorrow.”

Final eliminations at the NHRA Midwest Nationals will begin on Sunday at World Wide Technology Raceway beginning at 10:30 a.m. CT.