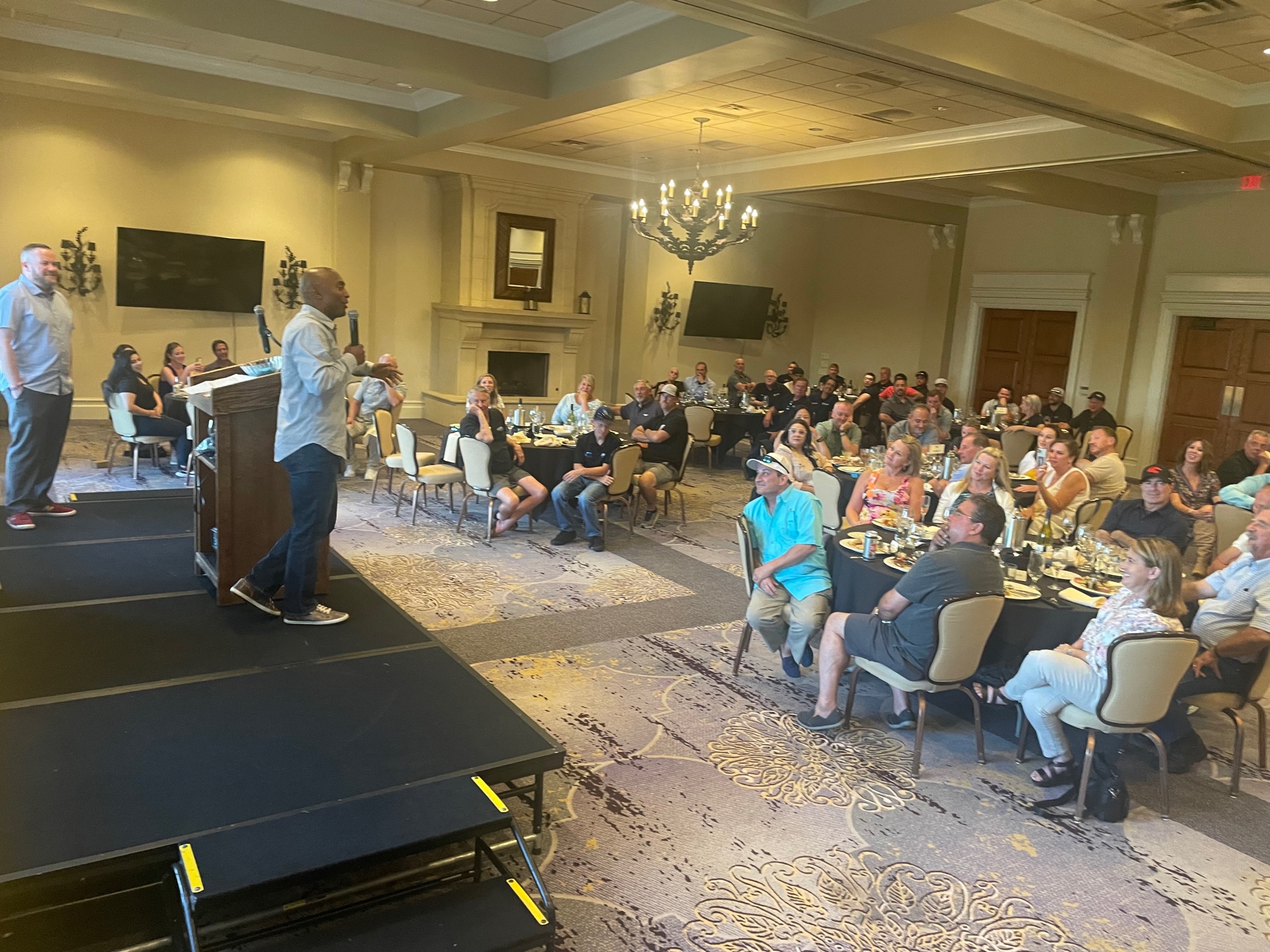 Earlier this season Davis Motorsports team owner Dustin Davis along with Justin Ashley and Antron Brown made the commitment to reboot a special charity dinner and golf event in honor of Eric Medlen. The event was held Thursday night at the Santa Rosa Golf and Country Club in advance of the historic Sonoma Nationals.

The dinner celebrated the life and legacy of the late Eric Medlen with proceeds from ticket sales, sponsor donations and raffle going to the Sonoma chapter of Speedway Children’s Charities to honor the spirit and legacy of Medlen, a fan favorite and champion of children’s causes.

After the dinner and golf tournament $48,500 was raised thanks to support from primary event sponsors Phillips Connect, Nordby Signature Homes, Lucas Oil, Matco Tools and the efforts of Davis, Ashley and Brown. Sunday during the Sonoma Nationals opening ceremonies Jim Epler with Phillips Connect rounded the donation amount up to $50,000 in a surprise announcement. 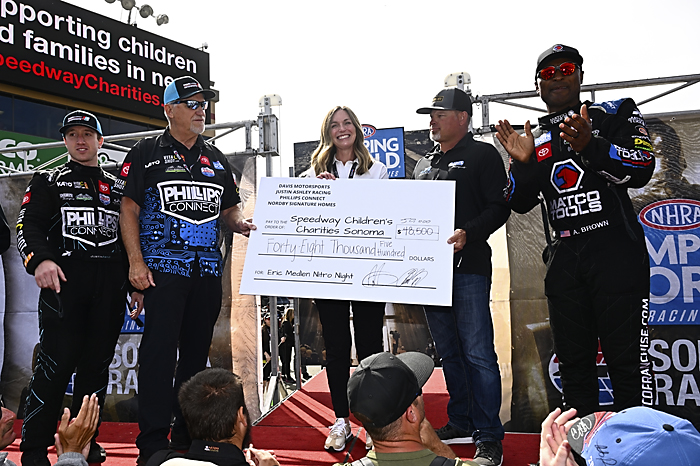 “I am overwhelmed with the support and donations we received in honor of Eric Medlen,” said Davis. “We plan on hosting the golf event and dinner for many years to come so this was a great start. Having so many people celebrate the life and memories of Eric was very special.”

“We are so very grateful to the crew at Davis Motorsports and the NHRA community for this generous gift, which will make an incredible impact for Sonoma County children and families in need,” said Courtney Kiser, Director, Speedway Children’s Charities Sonoma.

Medlen, a native of Oakdale in the San Joaquin Valley, won the Funny Car title for John Force Racing at his home track in Sonoma in 2006. In 2007, he succumbed to injuries sustained from a testing accident. He is fondly remembered by friends and family for his joyous spirit and outgoing personality, as well as his love for fun and supporting children.

The golf event and charity dinner were one of many events lined up to kick-off the NHRA Sonoma Nationals at Sonoma Raceway, July 22-24. This year’s event marks the series’ 35th visit to the Sonoma Valley and featured professional competition in the Top Fuel, Funny Car, Pro Stock and Pro Stock Motorcycle classes.