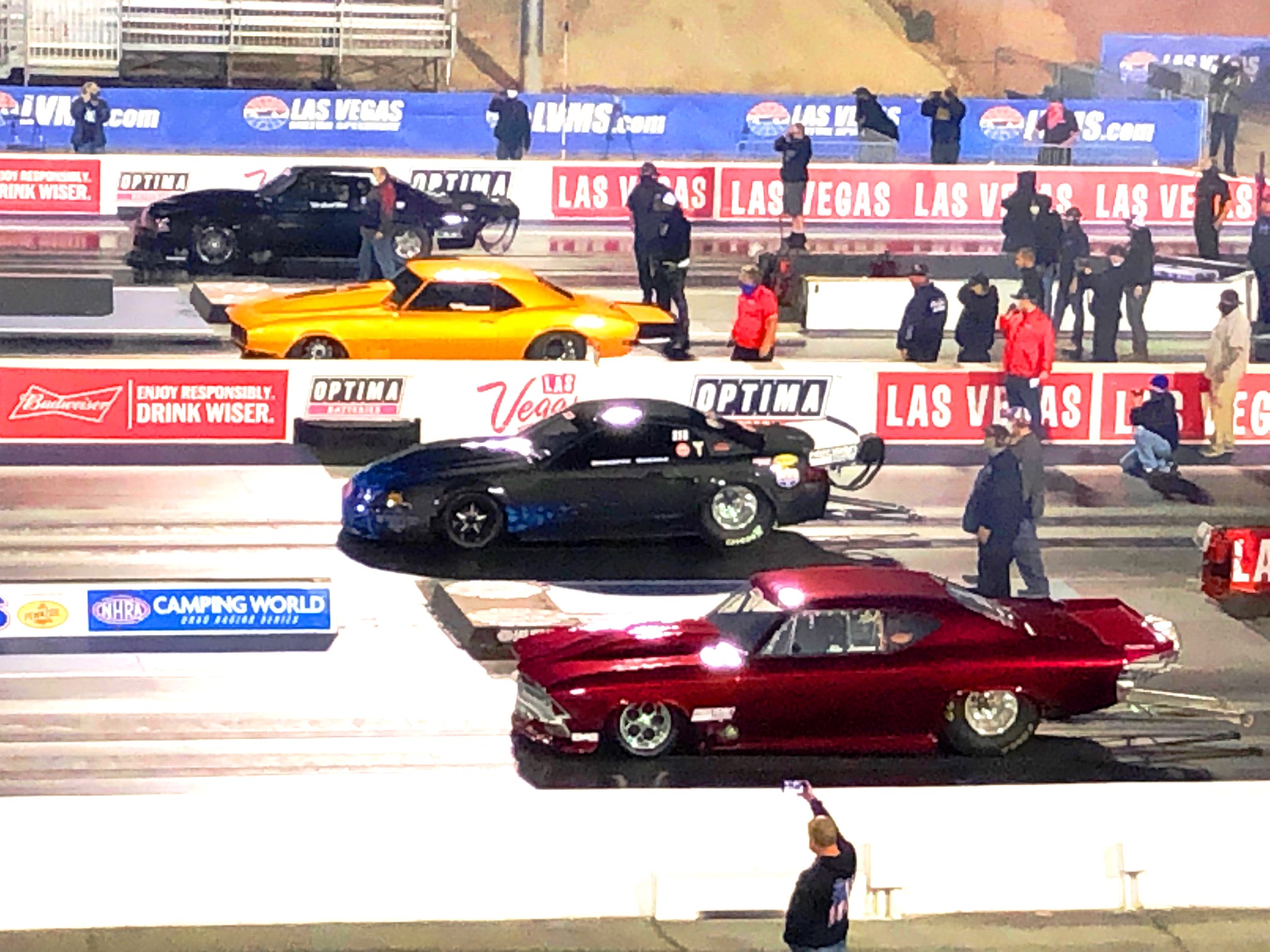 Day Two of the COMP Cams Street Car Super Nationals 16 Presented by FuelTech at The Strip at Las Vegas Motor Speedway was capped off under the lights Friday by a trio of 4-Wide grudge races. Twelve racers were divided into three “quads,” each putting $5,000 of their own money on the line with the winner pocketing a cool $20,000 for approximately six seconds of track time.

Each quad consisted of two small-tire cars and two big-tire cars. With LVMS’ unique layout of four lanes, a small-tire class can run on one pair of lanes while Jeff Foster’s world-class drag crew preps the other two lanes for the next big-tire class. 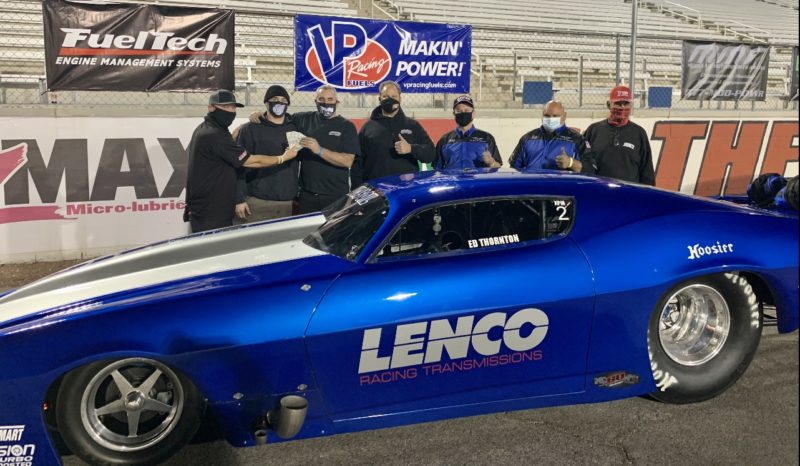 After three rounds of qualifying earlier in the day, Joey Oksas from Freemont, Calif. took the provisional Pro Mod top qualifier position after a solid pass of 5.590 seconds at 265.01 mph. Ed Thornton, Thursday’s Pro Mod Shootout winner, is second on the charts with an ET of 5.605 seconds at a blistering 272.56 mph. Each class will have a final “last chance” qualifying opportunity Saturday. Spectator gates open at 7 a.m. with racing scheduled to begin at 8 a.m.

For those unable to attend the race live this year, FloRacing is provided live stream coverage starting Thursday. To watch the race, click HERE.
For more information on Street Car Super Nationals 16 at The Strip at Las Vegas Motor Speedway, visit the event section on SCSN’s official page on Facebook by clicking HERE or head to StreetCarSuperNationals.com.