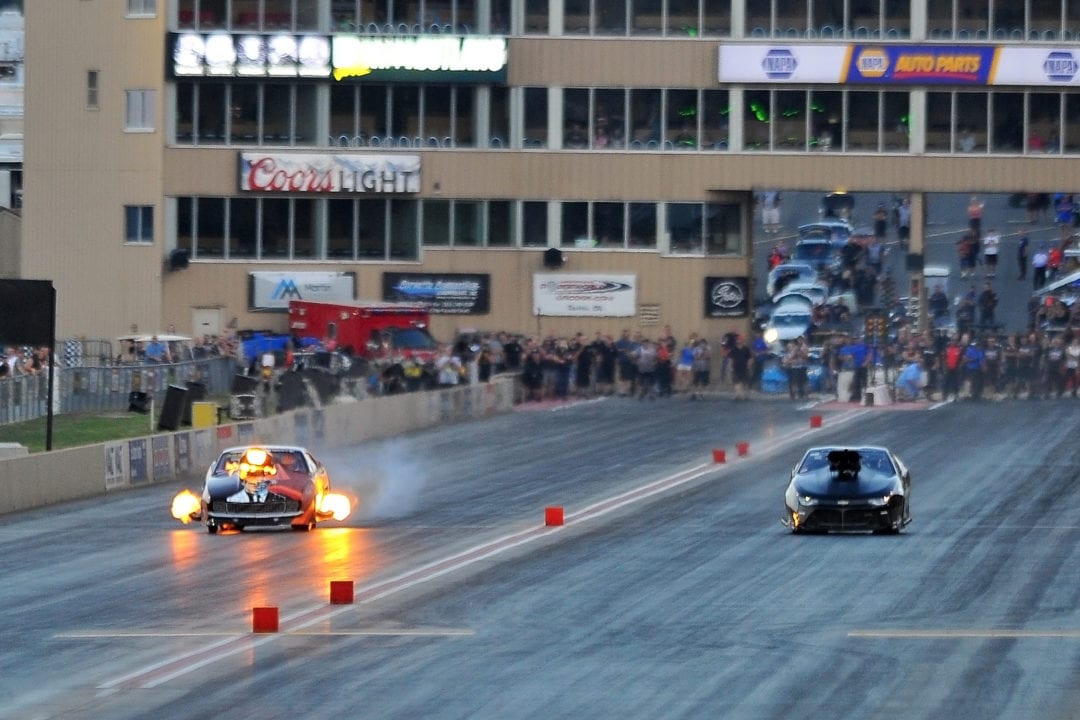 Heading into its third year, the DRAG ILLUSTRATED World Series of Pro Mod will have a different feel on a number of exciting levels in 2019. But what won’t change is the biggest and richest Pro Mod race in the history of the known universe handing $100,000 to the winner.

The invitation-only race will also feature 24 of the top Pro Mod drivers in the world. But for the first time in WSOPM history, the race will now include a 16-car qualified field.

That means the scoreboards will be turned on for qualifying – another change from the first two years – letting the Pro Mod standouts duke it out on Thunder Mountain to qualify for the $100,000 payday.

“If the World Series of Pro Mod is going to stand out on a list of top drag races in 2019 – and we believe it will – we want it to stand out because we’re running on Thunder Mountain, we’re running for a $100,000 winner-take-all prize and we’re only inviting the baddest drivers on planet earth,” Drag Illustrated Founder and Editorial Director Wes Buck said. “We don’t need to stand out because we don’t have the scoreboards on, or it’s an all-run field or we’re drawing names out of a hat for the first round of eliminations.

“I’m comfortable eating my word. Some of those things I thought would be forever trademarked for this race, like the scoreboards being off, but this is the evolution of this race. I want to recognize what’s important and running for $100,000 is important. We’re the ones who started this trend of awarding $100,000. This race has had an impact on drag racing and we want to keep it doing so.”

In addition to the 16-car qualifying field, the eight drivers who don’t qualify will run in a second-chance race on Saturday.

But the main event will be the 16-car slugfest that takes place on Saturday. Buck extended invites to 24 different drivers, and he once again expects a who’s-who list of Pro Mod drivers. That list will include inaugural WSOPM winner Mike Bowman, as well as 2018 champion Carl Stevens Jr., who put together a flurry of runs in the 5.80s to win the $100,000 prize a year ago.

But making the move to a traditional 16-car qualifying field with the scoreboards on and a professional ladder seemed like the natural move for an event that continues to capture the attention of drag racing fans across the country.

“Honestly, this feels like the natural evolution of the event,” Buck said. “Early on, we tried to do anything we could to add a unique twist and creativity to the race. We’re definitely happy with the results and how it built the race, but as it evolves it’s time to return to drag racing tradition and with what works.

“We want the World Series of Pro Mod to be the biggest independent doorslammer race around and I think it’s time to embrace a 16-car qualified field.”

The WSOPM will continue with the test sessions on Thunder Mountain before the race, leading into the heated, action-packed qualifying sessions on Friday. With several standout drivers putting together impressive runs in the 5.80s on Thunder Mountain in 2018, Buck believed it was time to raise the intensity of the competition for $100,000 even more.

“As I’ve gotten to know the racers and the cast of characters in this class, they want to be thrown to the wolves,” Buck said. “They want it to be a challenge and they want to be one of the drivers who qualifies for the World Series of Pro Mod. That adds a new significance to it. It makes just qualifying for the race an achievement on its own.”

Further details on the full list of classes running at the event, as well as the list of invited Pro Mod drivers, will be released in the coming weeks.