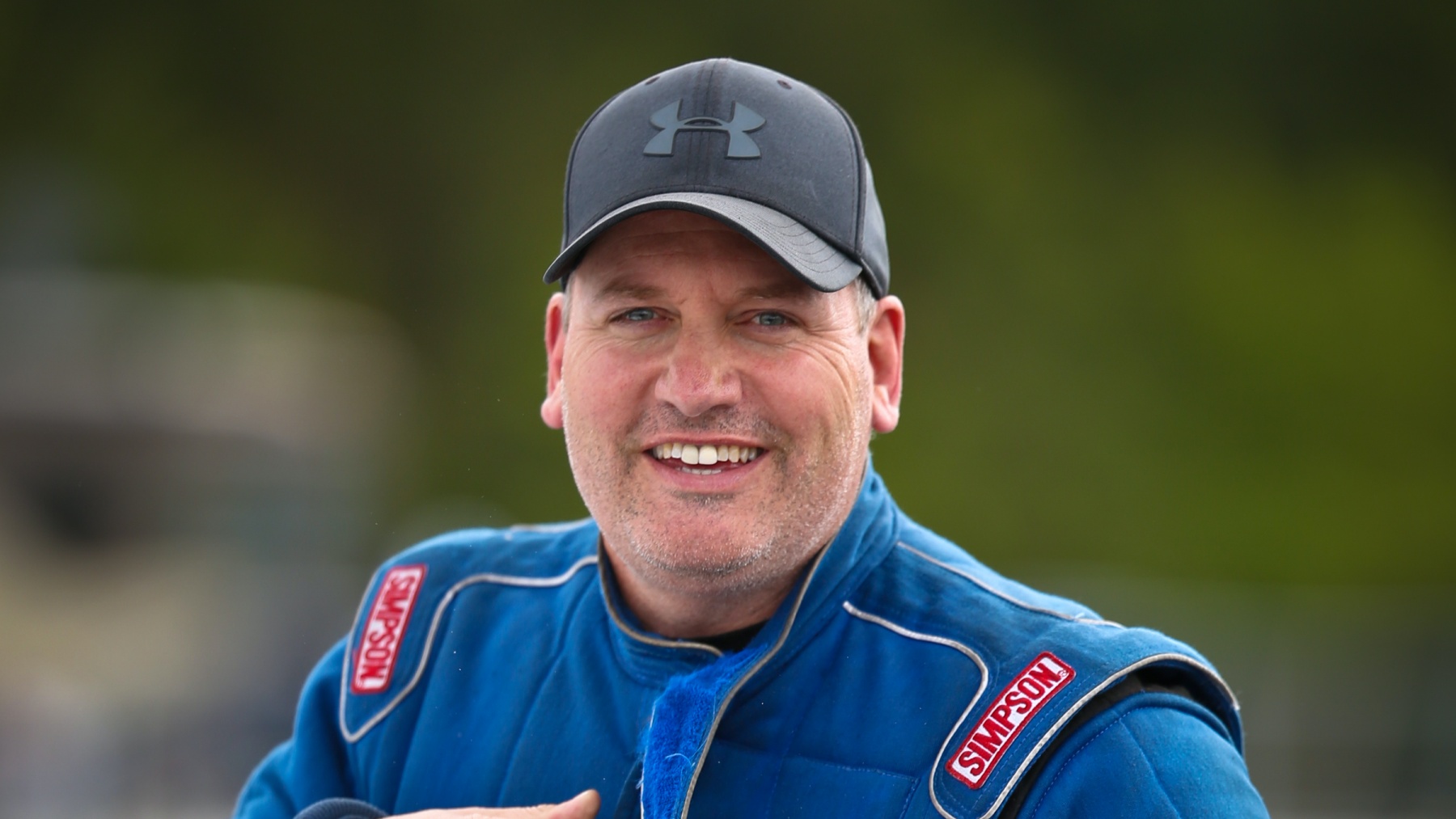 According to Sam the Cooking Guy, fat means flavor, and when you invite “The Lard Machine” to your race, things are sure to get tasty. That is what’s likely to transpire as Jason Lee enters the 2023 Drag Illustrated World Series of Pro Mod behind the wheel of the Coast Packing/R&E Racing Camaro.

“The large payout is very appealing to a lot of teams, but it’s beating the best that is most appealing to me,” said Lee of the World Series of Pro Mod contingent. “If you come out on top, you are the best.”

Lee is a multi-time NMRA and NMCA Drag Radial champion himself, and as co-founder of PTP Racing, has a decorated career in tuning numerous championship-winning machines, including the Coast Packing and R&E Racing 1969 Camaro that team owner Eric Gustafson piloted to the 2020 NMCA Xtreme Pro Mod championship. Not long after that successful campaign, Gustafson paused the hands-on portion of his racing endeavors and put Lee in the driver’s seat to continue promoting Coast Packing, the number one supplier of animal fat shortenings in the western United States.

With Lee at the wheel, the team, consisting of car chief Cam Hensley and crew member John Urgo, have volleyed back and forth between Pro Mod and Radial vs. the World classes and have logged wins at the Yellowbullet Nationals, PDRA Norwalk, and more.

The vehicle he is referring to started life as a Gary Naughton Race Cars chassis, was later updated by Larry Jeffers Race Cars, and for the last several years Lyons Custom Motorsports has acted somewhat as the base of operations for the team. The skilled staff there has freshened up the Camaro’s exterior with a new body, doors and front clip, and updated and/or repaired the chassis several times over the years. 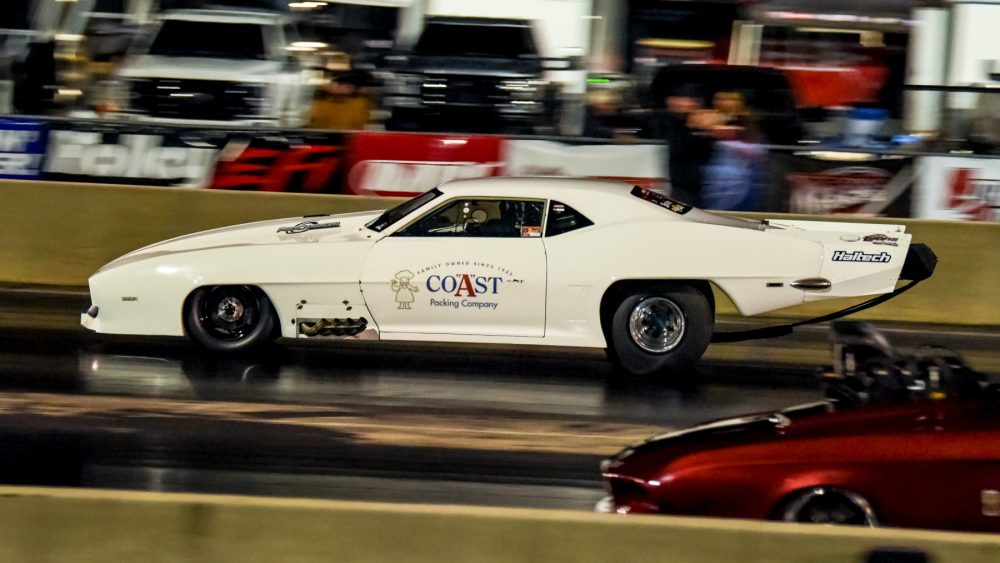 Between the frame rails sits a Noonan Race Engineering billet Hemi engine with a ProCharger hanging on the front of it and a Liberty manual transmission, Quick Drive, and Neal Chance converter on the backside. Inside you’ll find a Haltech engine management system that Lee tweaks the tune on.

Perhaps the most interesting thing about the car and the team is how they have been able to run both Pro Mod and Radial vs. the World with the same car.

“The car is like a Transformer,” Lee explained. “It keeps changing back and forth to different trims. We’ve switched it back and forth right around eight times including some testing. It is tough and can spiral your program out of control if you don’t have the things in place to ensure it is done properly. There’s a lot of time-consuming stuff outside the track that has to happen to make it happen.”

For the latter part, the Coast Packing Camaro is regularly left in the capable hands of Tim Lyons of Lyons Custom Motorsports. The staff then makes chassis adjustments, adjusts the weight, makes four-link adjustments, changes rear shocks, rear gears and anything else that may be required to put the Camaro in the appropriate race trim.

“It’s a tremendous amount of work and you hope you get it back to where it was instead of starting from scratch,” Lee told us. “It’s about 6-8 hours to make the changes and get it rescaled. Tim has to keep these straight, and I as the tuner have to keep the tuneups straight. You have to be able to not get your wires crossed.”

Lee has had success on both the Pro Mod and RvW fronts, and most recently claimed the 2022 Radial Outlaws Racing Series’ Radial vs. the World championship. He has also traded the ET class record back and forth with Daniel Pharris, who edged Lee’s 3.499 out with a 3.498 elapsed time.

“We didn’t know where we wanted to fit in this year, but we wanted to support the RvW series,” Lee said of the choice to focus on the radial-class championship. “We think it can come back stronger than ever, and many of the teams are top caliber and have the ability to flip classes like we do. It has the potential to be pretty big with the payout, types of venues, and the strong competition.”

Between now and March, Lee and the Coast Packing team will roll out their Transformer several more times, and also get some much-needed testing in.

“We still have some things we want to work on for the Pro Mod program that we haven’t been able to get to,” he noted. “We’ll start implementing them after Christmas. We want to try to show up for this World Series of Pro Mod knowing what our game plan is already.”

It’ll be an action-packed winter for the team as they will be competing at four more events prior to the World Series of Pro Mod, and going back and forth between classes with each race. 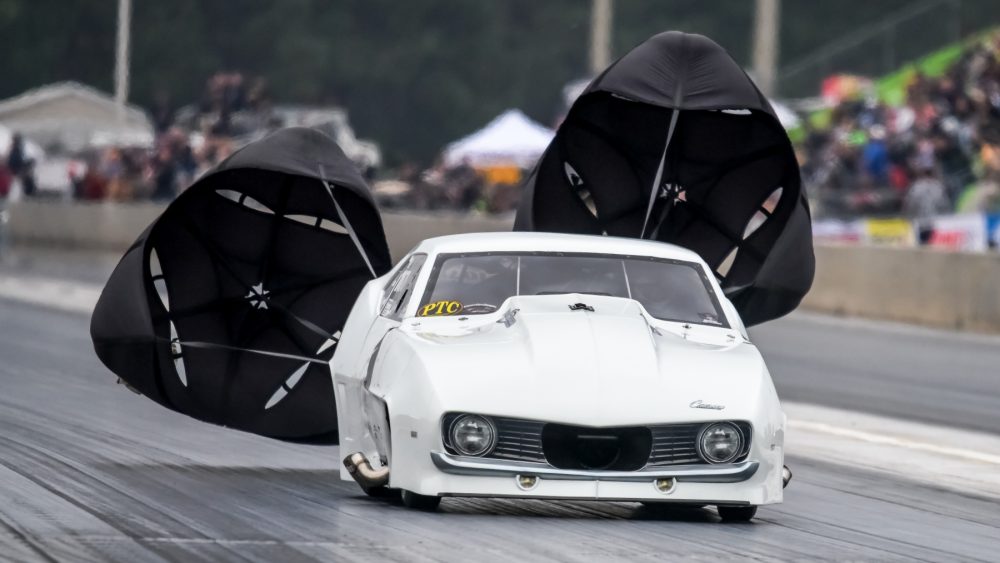 “We want to race the strong, fast, cars and that’s why this World Series of Pro Mod race is so appealing, because the best in the country will be there and you’ll know where you stack up,” Lee said of the all-star lineup of racers competing in the event.

Depending on the remaining invitations, it’s entirely possible that Lee will end up tuning some customer cars at the event as well, as he noted that PTP Racing has other client teams that are capable of competing at that level.

“It should be one of the baddest shows on earth, especially racing for that kind of money because people aren’t going to be afraid to blow their stuff up,” Lee told us. “When you’re racing for 100 grand, that’s a different ballgame. There will be a lot of tuners going into uncharted territory!”

Regarding his own effort, Lee summed it up with, “The cream normally rises to the top. In this case, we want the lard to rise to the top. We’re going to give them Hell.”