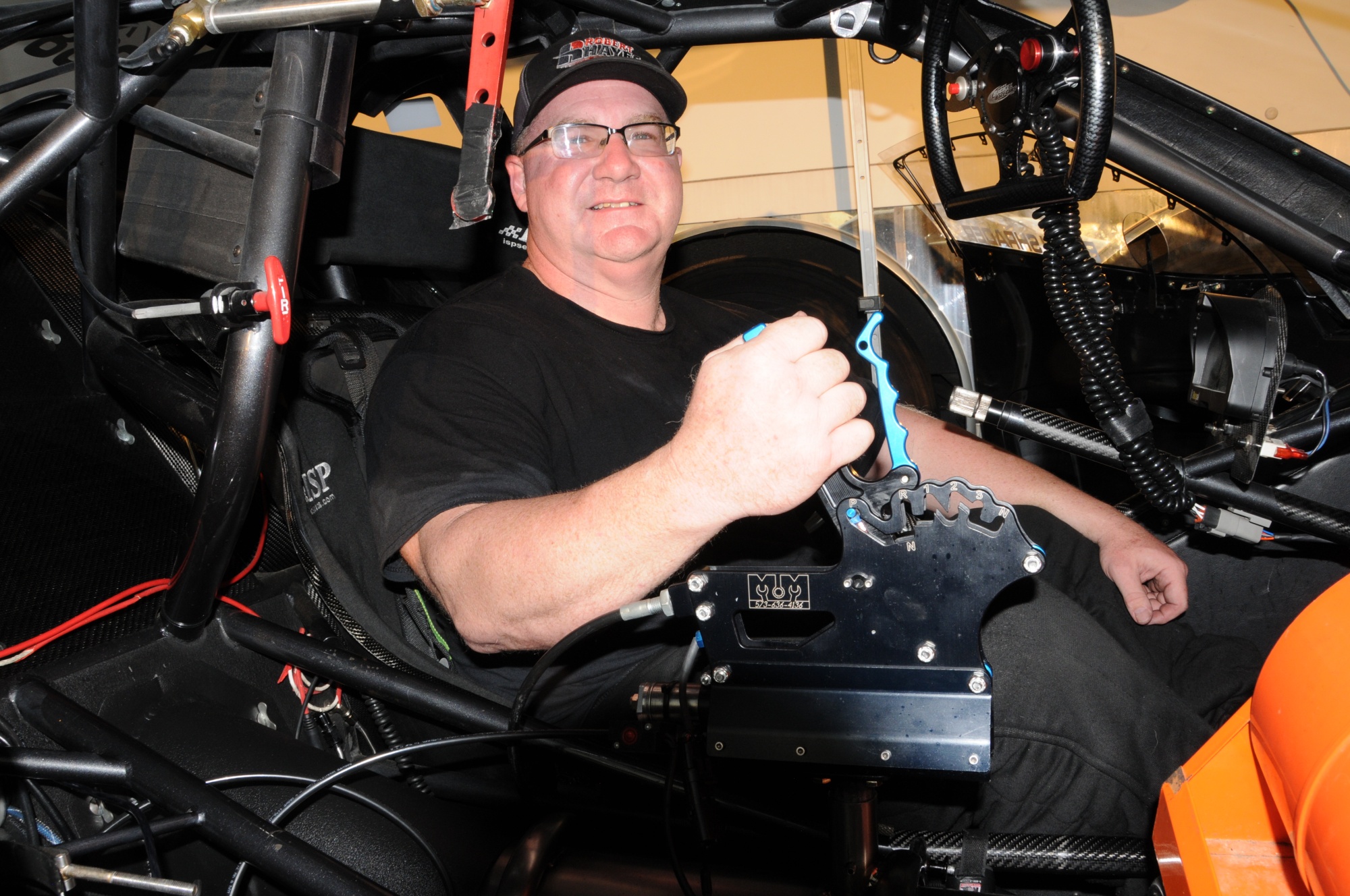 While growing up racing at tracks around his hometown of Bristol, Tennessee, Brian Shrader established himself as a quiet Southern gentleman who let his race car do the talking. Over the last three years, his driving abilities and competitive cars have established his team as one to beat at every event. Beginning with his “Lethal” Camaro and Corvette race cars, Shrader combined with Robert Hayes, eventually moving Hayes to Mooresville and into the Shrader shop to add to the decision to use Fulton Competition engines exclusively.

So how did Shrader end up repeating as Piedmont Dragway’s Big Dog Shootout season champion for the second year in a row? First of all, the white Corvette became a dedicated Big Dog car after Hayes completed an identical Corvette for Pro Nitrous.

The 2019 season was a tough one compared to the 2018 season, but Shrader, Hayes, and Matt Herrick had a great season. Shrader won the event in August and made it to the finals in April, May and July. Running mostly in the 3-second range all year long, consistency played a huge part in his success. Finishing just 10 points ahead of Travis Harvey, the season came down to the final event, just as it should. Harvey beat Shrader in the first round. Harvey had to go on to win to become the champ, but he was put out by the eventual runner-up, Justin Wall.

In addition to pursuing their second consecutive Big Dog title, the Shrader/Hayes group also built their new Corvette and completed the construction of a new building in Mooresville, North Carolina, that was severely damaged in a freak storm. The resolve of this team is evident with every race they attend.

Shrader, Hayes and team will put up another fight in 2020 as they fend off the dozen-plus competitors who show up for a shot at the eight-car Big Dog Shootout fields each month.