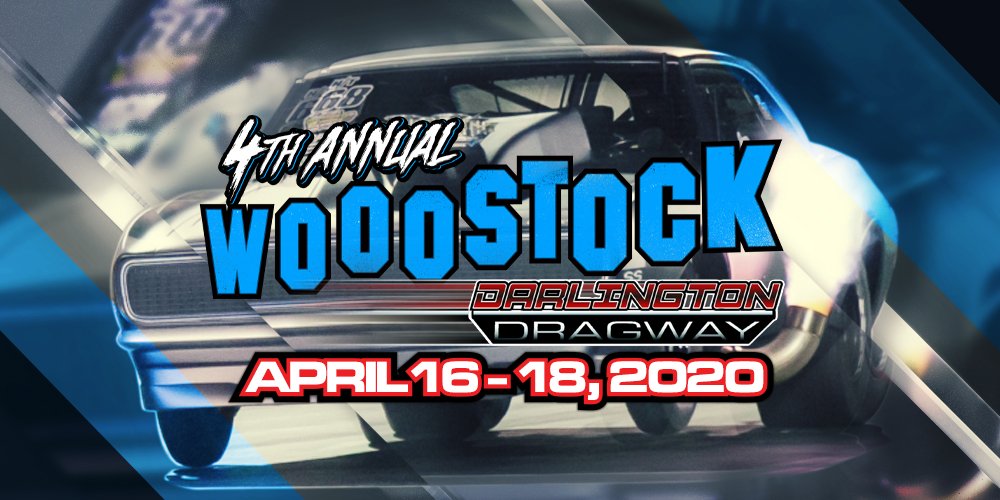 Champion driver, highly-popular personality and race promoter Keith Berry announced today that his fast-approaching WOOOSTOCK 2020 event at the legendary Darlington Dragway would feature the inclusion of Radial vs. the World for the first time since the events’ inception 2017.

“This is huge news,” said Berry, checking in via cell phone. “We’ve been talking to racers and fans and with their only being a handful of opportunities for these Radial vs. the World racers to compete at marquee events – especially after the cancelation of the Outlaw Street Car Reunion – we thought we’d be doing a good thing for the sport by giving these great racers a place to race.”

While having firmly established himself as a fan of no-time grudge racing as demonstrated by his longterm partnership with Lance Stanford and Travis Harvey’s Carolina N/T Association, Berry can’t deny the excitement of bringing Radial vs. the World into the fold.

“Oh, I’m stoked,” continued Berry, who scored two wins at the biggest radial race in the world, Donald Long’s “Lights Out” in southern Georgia. “I love RVW – it was a huge part of my life for several years and to see the names popping up on my phone wanting to come out and race at WOOOSTOCK has honestly been pretty amazing. I really appreciate all the interest and support – it’s going to be awesome bringing all these guys out here to run in front of our fans at Darlington Dragway.”

Coming up April 16-18, 2020, the 4th annual WOOOSTOCK event will see Radial vs. World racers competing for $15,000, which has attracted the attention of big name radial racers across the country.

“Again, I’ve been blown away by the response to this news and, technically, we haven’t even announced it until now,” concluded Berry. “Having raced in this category before and having made that kind of investment in a race program, I know it’s important these racers have more than a handful of marquee races to run – where they can race on a killer track in front of a bunch of fans. April 16th can’t get here soon enough.”