As a new season begins, our team of editors highlight the events, series and storylines that promise to bring the heat on the drag strip in 2022.

After the absolute barn burner of a drag race that was the 50th annual Snowbird Outlaw Nationals at Bradenton a little over a month ago, it’s impossible not to be over-the-moon excited about the fast-approaching doorslammer kick-off event at the west-central Florida strip. Featuring a $32,000-to-win, 32-car Pro Mod field sponsored by our friends at M&M Transmission in Jefferson City, Missouri, with roughly 60 cars (yes, SIXTY CARS) pre-entered and likely killer conditions it’s hard to imagine a scenario where record-setting performances aren’t produced. Of course, there’s also a laundry list of radial tire categories set to do battle, including Pro 275 and X275. There’s also a No Time shootout and a few index classes on deck. Our partners at Flo Racing will be live streaming the event, so if you can’t make it to BMP be sure to check out FloRacing.com/dragillustrated to sign up and catch the action. 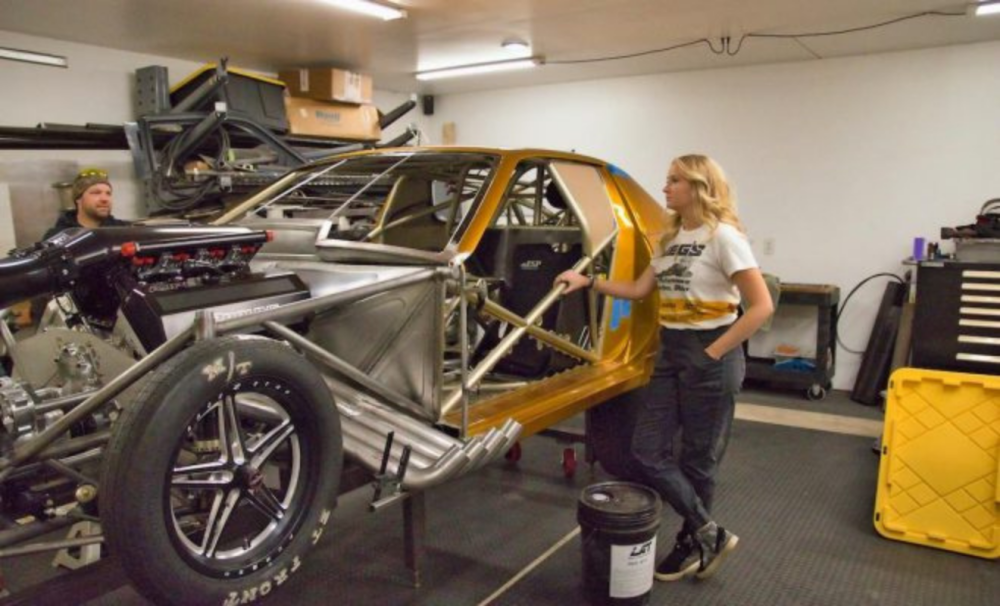 While we’re certainly excited to see STREET OUTLAWS: No Prep Kings star-studded cast of characters return to action on the outlaw eighth-mile, it’s the new faces on the scene that have captured our collective imagination headed into 2022. We’ve seen this brand of racing produce new stars (think Justin “Lil’ Country” Swanstrom), and we think we’re going to see even more of that kind of thing this season – namely DRAG ILLUSTRATED’s own Paige Coughlin, daughter of Pro Mod/Pro Stock/Pro Street legend Troy Coughlin, who intends to represent the family business (JEGS) in the No Prep world moving forward. Not only does Coughlin have a legit hot rod (Pro Line Racing ProCharged Hemi-equipped third-gen Camaro), she’s an absolute firecracker who is built for primetime. 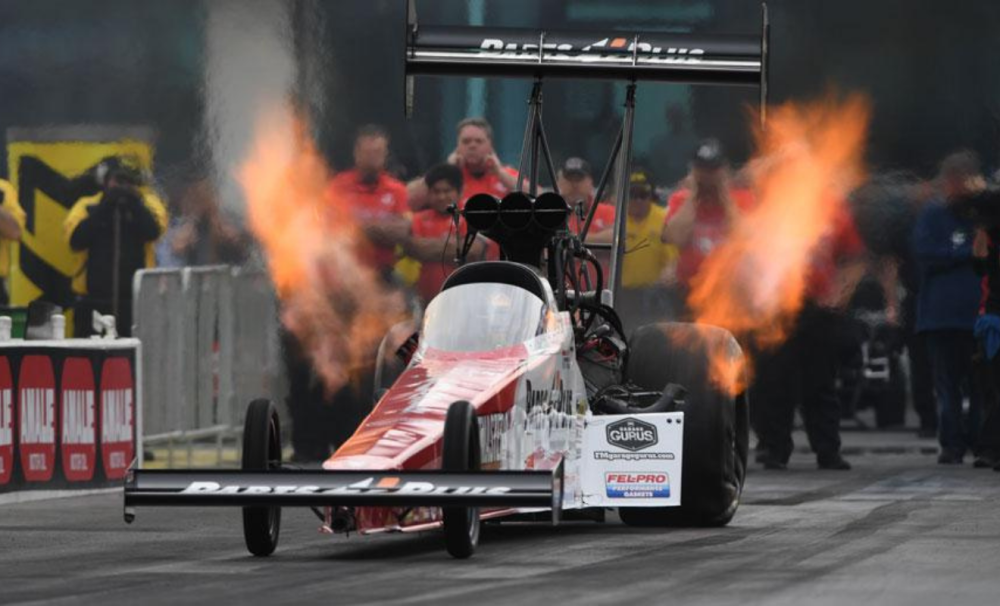 It’s been a hot minute since we’ve seen a race-within-a-race from NHRA (Traxxas shootouts back in 2017?), so we couldn’t possibly be more excited to see some additional excitement added to the program for 2022. From what we understand, the first of two NHRA All-Star Shootouts will take place at the Amalie Motor Oil NHRA Gatornationals in early March with the top 8 teams in Top Fuel going head to head. The stars and cars of Funny Car will get their shot at some additional cheddar at the prestigious Dodge//SRT NHRA U.S. Nationals over the Labor Day weekend.

Interestingly, both of these shootouts will utilize a callout format (think No Prep Kings) with the No. 1 seed getting their first choice of opponent. We’re assuming it’ll be a chip draw type of deal after the callouts happen, and the eight-car field will be set based on a combination of season end and qualifying points at the 2022 Lucas Oil NHRA Winternationals and NHRA Arizona Nationals.

Best part is these deals are reportedly paying something like $75,000-to-win each, and that’s a big step in the right direction for pro-level drag racing. 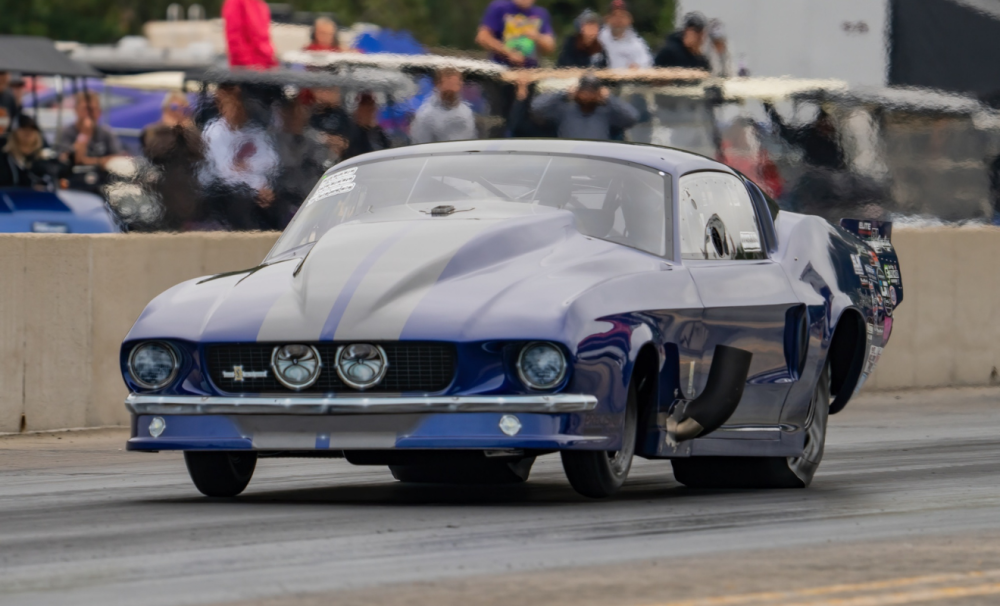 Having established itself as the premiere drag racing series in middle America, it seems fitting that the Mid-West Drag Racing Series will return to World Wide Technology Raceway in St. Louis and Memphis International Raceway in 2022. These two tracks have been central to the Midwest drag racing scene for decades, and it’s imperative that major events take place at these facilities – for a multitude of reasons. We’re especially excited to see Top Alcohol Funny Car and Outlaw Pro Mod presented as marquee attractions at these two tracks, and anxious to see how many of the well-known local hitters turn up to take part. 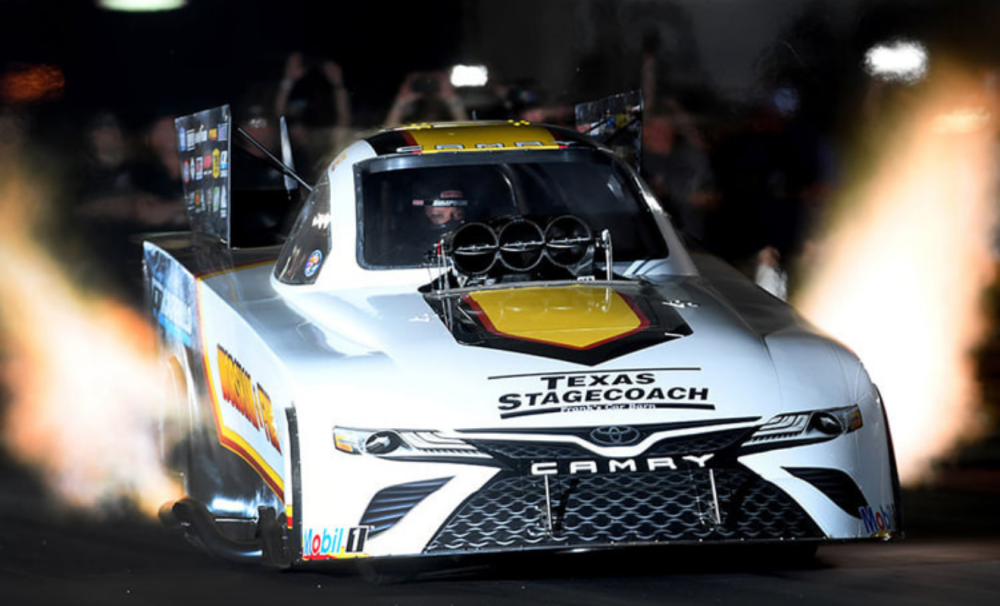 Promoter Chris Graves has almost single-handedly reenergized the Funny Car scene with his Funny Car Chaos event series, but their standout event – the FCC Classic at the Texas Motorplex – really changed the game in 2021 when they were able to draw nearly 70 nitro- and alcohol-burning floppers to the event. Amongst those entries was former NHRA Funny Car world champion Del Worsham, who showed up with a legit “big show” Funny Car and proceeded to blow the scoreboards down with a 3.21-second, 270mph eighth-mile blast to take the top qualifying spot. Incredibly, Worsham didn’t win the event, which in our opinion only made the whole deal cooler. Top Alcohol Funny Car heavy hitter Kyle Smith won the deal, and hopefully his success draws even more top-tier TAFC teams to the event this year. We’re absolutely stoked.

PDRA Pro Stars is Back Although not a points-earning event for the Professional Drag Racers Association series, we’re of the opinion one of the coolest things that the PDRA team put together annually is their new Pro Stars event as it pits the top 8 points earners in Pro Nitrous and Pro Boost against one another in a winner-take-all shootout with over $55,000 up for grabs. Anytime we get the chance to see the stars of this series two top eliminators go head-to-head we get excited, so you can count on us heading to Virginia Motorsports Park this summer for their annual Night of Fire. Also, if you haven’t seen the capabilities of the new Musco Lighting at VMP, you seriously need to – it’s like a night club at a drag strip. 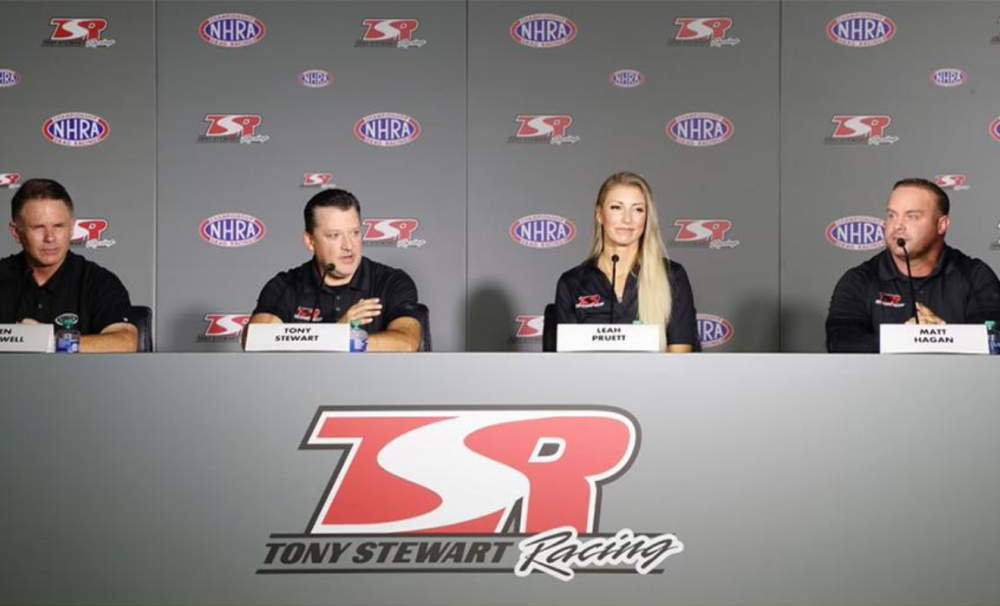 The formation of Tony Stewart Racing was a huge storyline in late 2021, and they hadn’t even made it to the track yet, so it’s highly likely to be the talk of town as the NHRA season gets underway come mid-February. TSR, at least initially, will field two nitro teams – a Top Fuel program with Leah Pruett (Stewart) behind the wheel and a Funny Car operation with three-time champion Matt Hagan in the seat. We’ve seen Tony Stewart at the drag strip quite regularly, but seeing him on the starting line as a team owner will surely be an altogether different deal. There’s considerable belief we will eventually see Tony competing in Top Fuel, but we’re told it’ll be late 2022 or early 2023 before that happens. Regardless, his presence in our sport is a significant victory for all involved, and we’re genuinely excited to have him out here. 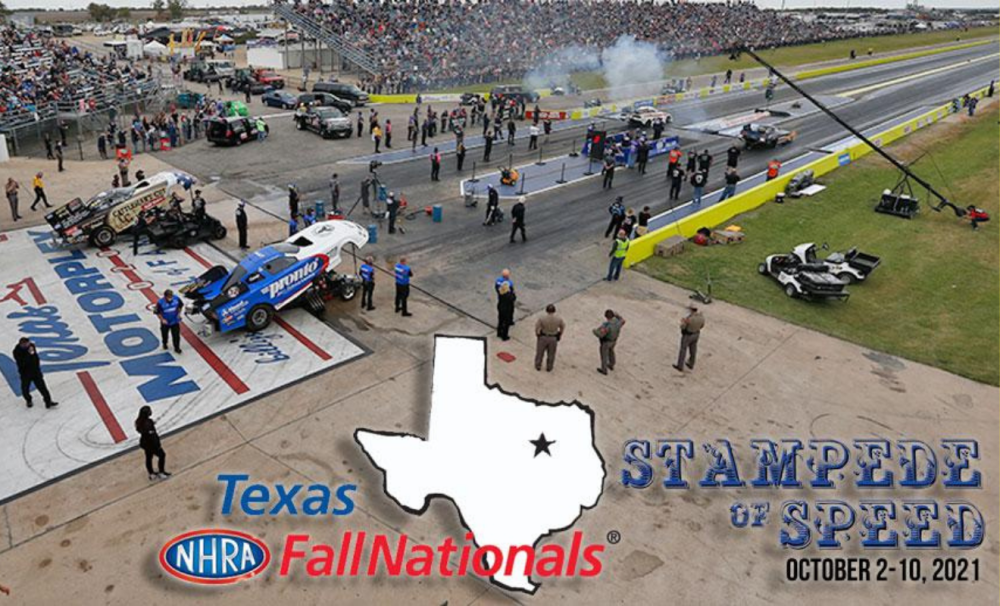 The week-long celebration of speed at the Texas Motorplex this past fall largely set the standard for drag racing festivals with almost constant on-track action ranging from Scott Palmer’s Nitro Side Show and a $25,000-to-win Pro Mod shootout to crazy bonuses for top qualifiers during the NHRA Texas Fall Nationals, over-the-top branding and live music – it was a historic happening in drag racing that many will try and replicate in the coming years.

We couldn’t be more excited to see how track owner Billy Meyer, his daughter and facility co-owner Christie Meyer-Johnson and general manager Andy Carter are able to build upon the solid foundation laid in 2021. If there’s a single must-attend event on the drag racing schedule this year, we believe the Stampede is in the conversation.

Also, the NHRA Pro Mod Drag Racing Series will now conclude in Dallas at the Texas Fall Nationals (something that has historically happened in Las Vegas), which should add a real element of excitement and finality to a week that is already stacked.

Billed as “The Greatest Show in Drag Racing” (a real registered trademark), the pride of the Bader family is comprised of a jaw-dropping fireworks show, top-tier Funny Car and Top Fuel match racing, jet cars, wheel standers and more. Summit Motorsports Park is without question one of the tightest-run ships in all of drag racing, and while we are always awaiting whatever Bill Bader Jr. and company might come up with next, it’s really more the consistency they bring to the table that routinely blows our minds. 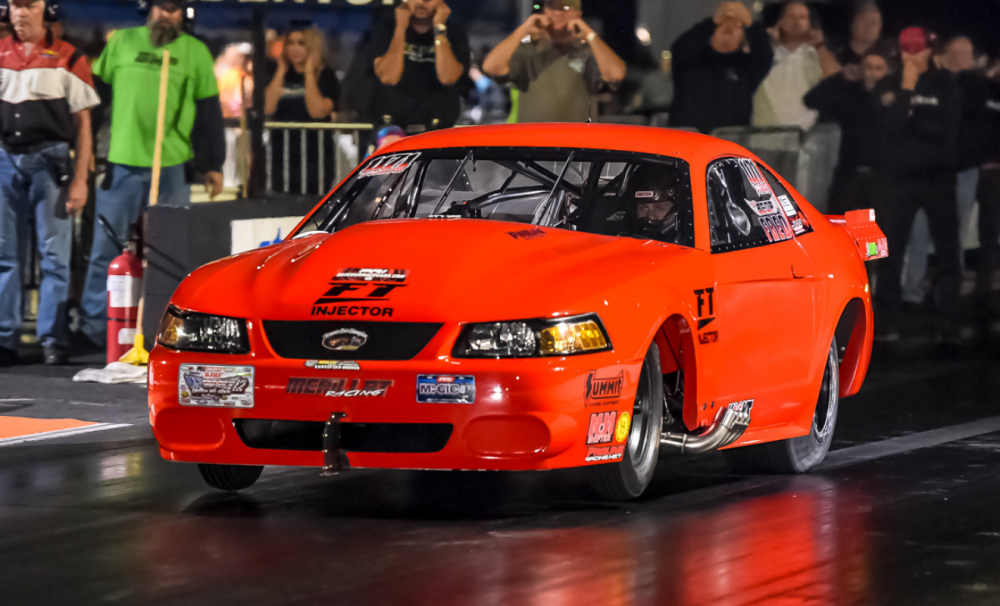 Donald “Duck” Long essentially put radial tire racing on the map with his Lights Out, No Mercy and Sweet 16 events at Ozzy Moya’s South Georgia Motorsports Park and Orlando Speed World Dragway, and he’s looking to add to his resume in 2022 with the FuelTech Radial Outlaws Racing Series. Long, with a group of sponsors including FuelTech, Pro Line Racing, Energy, Callies, Scott Tidwell Racing, and M&M Transmissions, as well as multiple tracks, plan to institute a point system in 2022 to determine who is the best in the divisions of Pro 275, X275, Limited Drag Radial, and Ultimate Street. There are seven points-earning events on the slate for 2022 at both South Georgia and Orlando, but also Bradenton Motorsports Park and Alabama International Raceway.

What Happens Next in NHRA Pro Stock 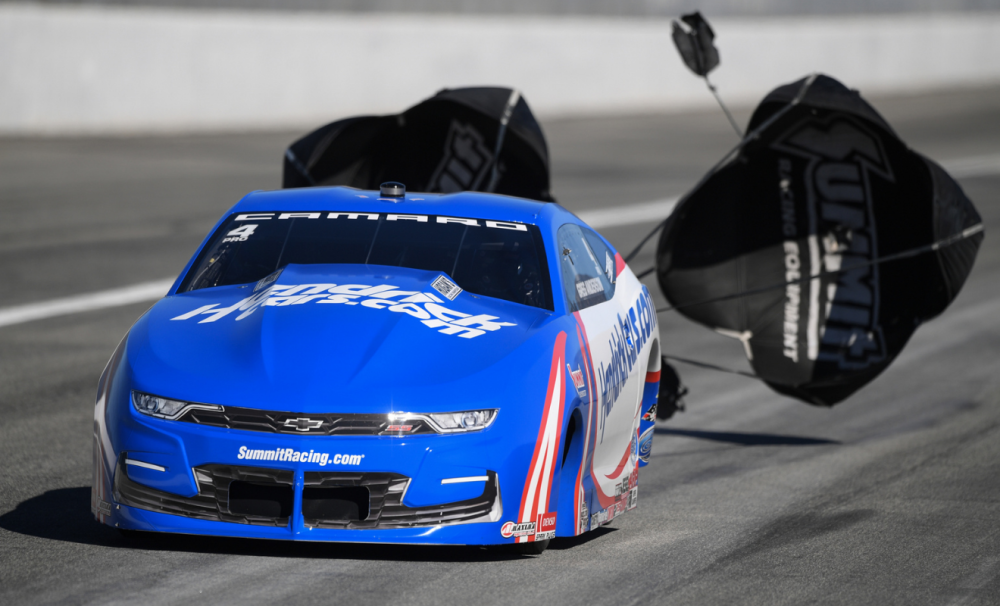 We’ve been saying it for a few years now, but we’ll say it again, right now: Some of the most exciting stuff happening in drag racing today is happening in NHRA Pro Stock. We’ve had championship battles that come down to the wire year after year, staging duels, fresh faces, wiry veterans, legends retire, rookies debut, team orders, trash talk and everything in between. Hell, this year we’re even doubling-down on the females with PDRA Pro Outlaw 632 veteran Camrie Caruso joining Erica Enders as a full-timer on the Camping World NHRA tour. As the world inches back towards normal (we think), we really hope nothing changes as far as factory hot rods are concerned.