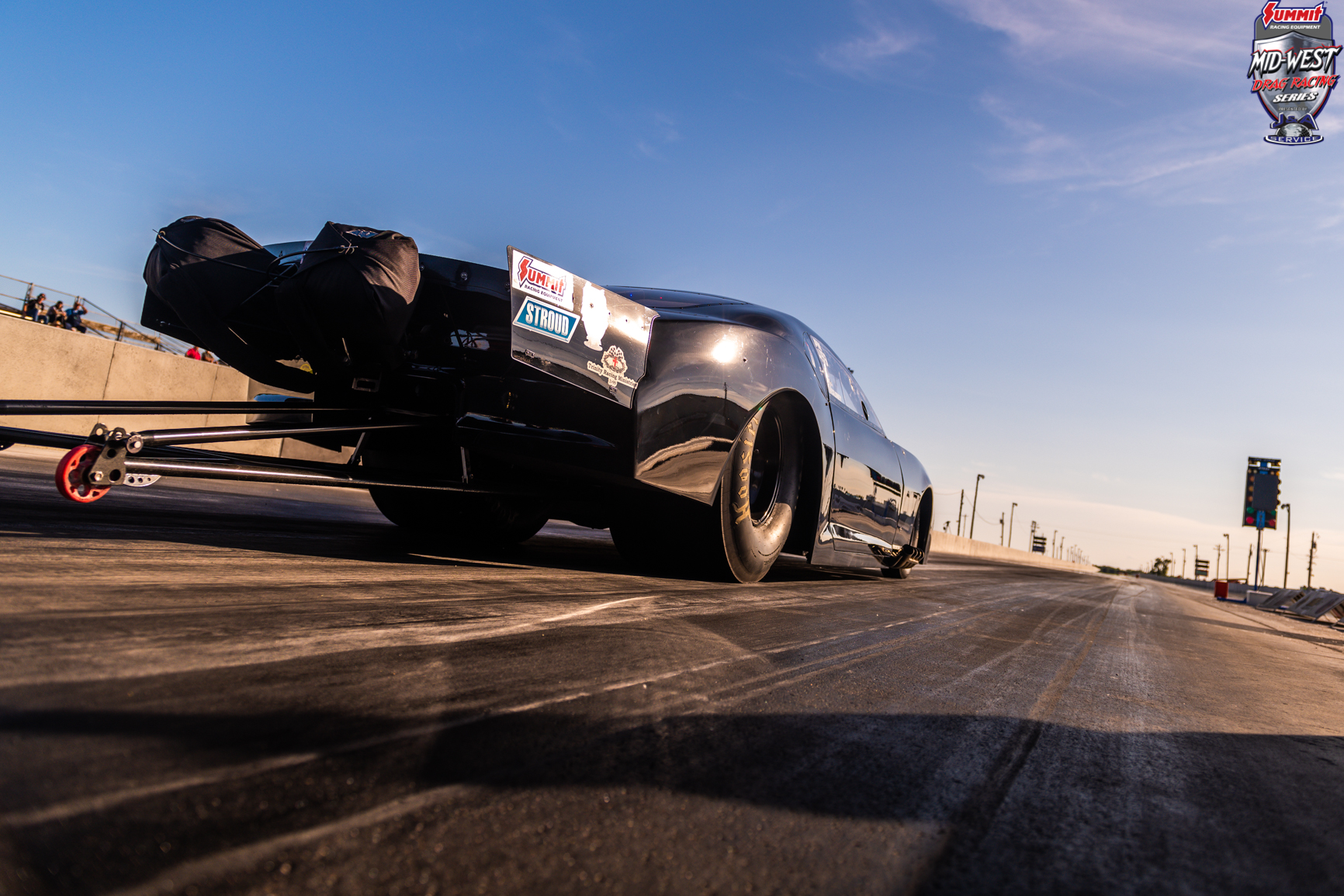 Though the Summit Racing Equipment Mid-West Drag Racing Series (MWDRS) presented by J&A Service is still mourning the recent loss of Pro Mod driver Ronnie Hobbs, the series is moving forward with the fifth race of their eight-race season, the Summer Speed & Fire Spectacular at World Wide Technology Raceway near St. Louis. It’s the last event before the MWDRS goes on a summer break.

“Ronnie was a good friend, a fierce competitor, and an advocate of the series,” said Keith Haney, founder and owner, MWDRS. “His loss of life impacted the whole MWDRS staff and our racers. It’s going to be hard for us all, but Ronnie wouldn’t want it any other way. He’d want us to strap back into our race cars and for us to continue on with the show we’ve been providing for six years now. We will go on. We have to.”

The MWDRS is taking part in World Wide Technology Raceway’s Summer Speed & Fire Spectacular as a part of a show that also includes jet dragsters, fireworks, and more.

“St. Louis is one of the very first tracks we worked with to host a MWDRS race,” Haney said. [Executive VP and General Manager] Chris Blair is a great guy and runs a tight ship. They just had a successful NASCAR weekend, but this weekend is a totally different atmosphere. You’ve got jet cars, two new classes, Pro Mod, Funny Car, Top Sportsman, Top Dragster, local bracket racing, and a fireworks show. The fans couldn’t ask for a better weekend.”

St. Louis is the second MWDRS event for Top Fuel Motorcycle. An eight-bike field is expected, including fan-favorite rider Larry “Spiderman” McBride, who recently recorded the world’s fastest quarter-mile pass for a motorcycle at 268.38 MPH.

“The Top Fuel Motorcycle guys have a big following and they give the fans something that they don’t usually get to see,” Haney said. “Hopefully we’ll break some more records.”

The AAFD group is making its MWDRS debut, and approximately 20 drivers are expected to make a big first impression. With modern technology utilized in an old-school, front-engine design, the class is sure to entertain the St. Louis fans. The AAFD teams traditionally run the full quarter-mile strip, so they’re looking forward to seeing what they can run in the MWDRS’s eighth-mile format.

“They’re just a great group of guys,” said Haney, who also co-owns Osage Casino & Hotel Tulsa Raceway Park. “They’ve raced with us before at Tulsa, and one of the car owners, Jon Brook, has sponsored the track for over 50 years through his business, Grand Prix Auto Sports Centers. The whole group of racers is awesome, and to have them come race with us this weekend just makes the event that much better. It’s supposed to be the biggest showing of front-engine Top Fuel cars in 20 years.”

Haney noted that the series is still working on a plan to complete the MWDRS Great Bend Nationals, which was postponed following Hobbs’ crash in Friday night qualifying. He asks for patience as his tight-knit staff moves forward.

“The [MWDRS] staff is suffering in many ways,” Haney said. “Not all questions can be answered. We’re still working through some stuff with the racetrack for a makeup date for the event. Understand what we’re going through and what’s happening. There was a life lost. We’re diligently working on an outcome for Great Bend. We’ll have that information as soon as we can.”

MWDRS competitors will prepare for the Summer Speed & Fire Spectacular with testing on Thursday and Friday. Qualifying sessions are scheduled for 5 and 8 p.m. on Friday and noon on Saturday. The pro classes will go into eliminations at 4 p.m. on Saturday.