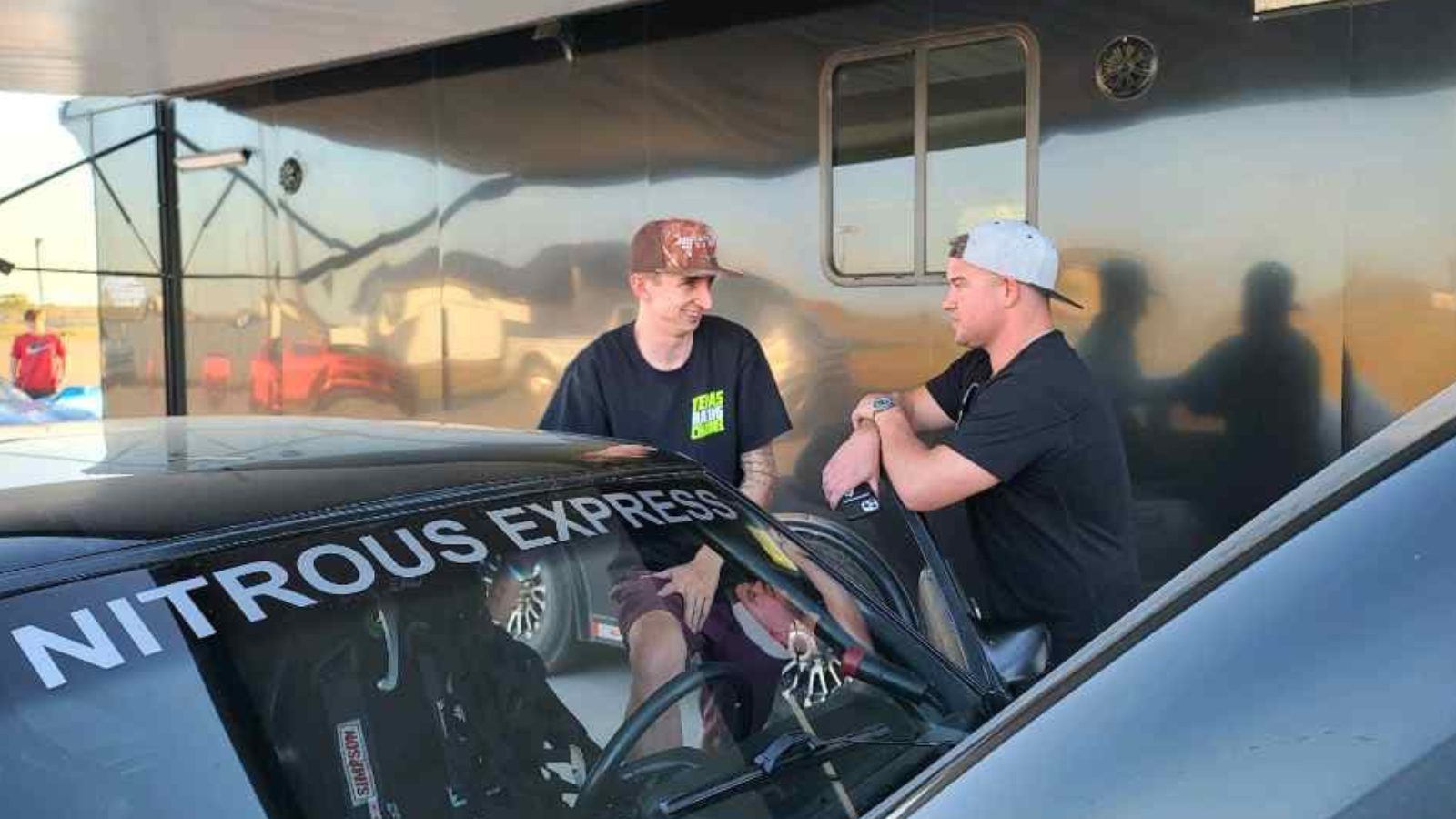 It’s no secret that Wes Buck is dedicated to growing and building the sport of drag racing. Now, he’s getting the chance to continue to build on the foundation he started 17 years ago.

He’s stepping back behind the wheel after being called out on social media by fellow racer Tom Gunner, also known as “Street Outlaws” Jimmy Dale. “Who can get me in touch with Wes Buck!! He’s got the driving position in Magic on the 10th of October for Cheap Street at the Stampede of Speed at the Texas Motorplex if he wants it,” read the Facebook post.

Buck, who respects the sport and the vehicles that exist in drag racing tremendously, felt the rumblings of social media and started looking into it. “My first thought is, ‘who is this guy, and what kind of car are we talking about?’” Buck said.

This idea of Gunner’s stemmed from the start of his 2022. He was randomly called out by the shipping manager Wesley Boren of Nitrous Express, unknowingly, to race in January. Then, it all snowballed from there with a sponsorship from Nitrous Express that opened doors to racing on “Street Outlaws.” 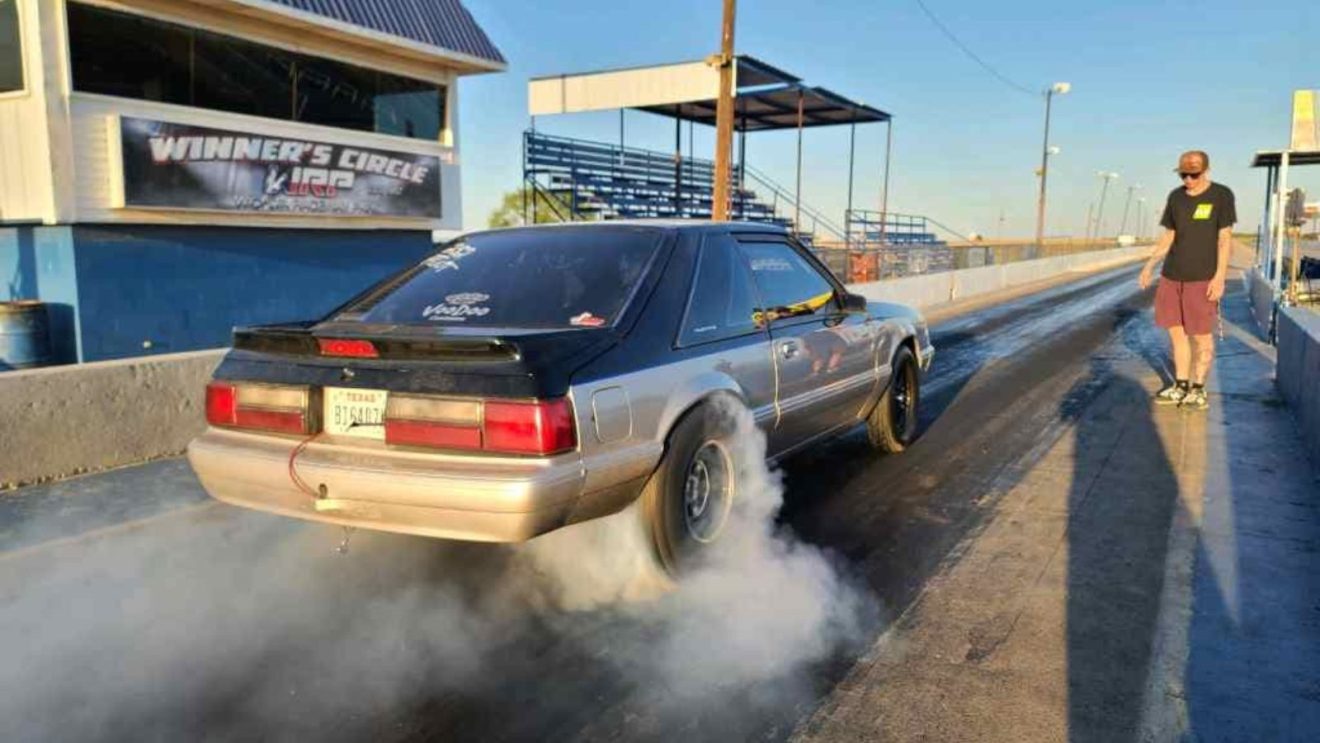 “I want to drag race for a living, and part of drag racing is you have to open doors,” Gunner explained. He thought, “how do I continue to grow in racing? I knew Wes Buck was going to be in town and announcing Scott Palmer’s Nitro Side Show, and how cool would it be to have Wes Buck drive my car?”

Buck researched Gunner and his car, “Big Magic,” a ’93 Mustang. “I’ll admit a few years ago, I would’ve brushed this off, but as I’ve gotten older, you start to look at life differently,” Buck confessed. “You know what, if the car is safe and the guy is cool – I’m in. Why not?”

“I’m not trying to enter anything with reckless abandon. I think I was inspired by Travis Pastrana’s willingness to jump into a Top Fuel car sight unseen,” he continued. “I thought, ‘what’s the worse that could happen here?’ It’s not a car that’s crazy fast. It’s not something that I’m going to go out and get myself in trouble in. It felt like a cool opportunity to go do something fun.”

Buck’s participation on Monday night is also a way to answer the “do you race” question he often gets asked. “What I tell people is that Drag Illustrated has been my race car for the past 17 years. It’s what I’ve poured every ounce of my time and energy into. Any success, any additional money that the magazine makes, we reinvest it back in hiring new people and growing the business any way we can,” he explained.

Now that Buck had accepted the offer, he started thinking about what was next. “I’ve got some capacity to pursue a few things, earn street cred and practice what I preach,” said Buck. Then thought crossed his mind that he would be racing at the legendary Texas Motorplex in a car he’d never been in. Buck and Gunner were on the same wavelength because just about that time, his phone rang with Gunner on the other end, offering Buck to come out and test the Mustang.

“We and everyone in our sport are desensitized to what fast really is. We spend so much time talking about 200-MPH this and 11,000 horsepower, and all these crazy numbers – we’ve kind of glossed over the fact that you start running 5-6 seconds in a 1/8 mile, you’re moving. That’s a hot rod. That’s a race car.”

Drag racing is not something Buck takes lightly, so he loaded up his firesuit and race gear Tuesday morning and headed to Wichita Raceway Park. This “too good to be true” experience was extended when he started making passes in the car. “I show up, and the team at Nitrous Express treats me like royalty,” Buck said. “It was so flattering and so humbling to have someone make such a push to get me involved and take it so seriously. He [Gunner] was as grateful as I was for him letting me drive his car and beat up his stuff. He was grateful for me doing it, which, again, was a very difficult thing for me to wrap my head around.”

Buck made eight passes in his fellow Texan’s Mustang, including a couple with nitrous. The experience wasn’t only beneficial for Buck but for Gunner as well, as he worked on tuning the car for the Cheap Street class scheduled to run on Monday during the Stampeded of Speed. Cheap Street, partly Gunner’s brainchild, is an affordable style of heads-up drag racing. Before the race starts, the promoter draws a chip from a hat with the night’s index. Those possible indexes are 6.50, 6.75 and 7-seconds.

“I didn’t think, ‘Wes is going to drive my car and then talk about it.’ That was the last thing on my mind. I thought I would see him the day of, but no. When he came to test, he stayed until 9 PM,” Gunner said.

By the end of the night, Buck and Gunner felt comfortable and competitive heading into Monday. “Tom might be a young guy, but for a young guy, he’s full of confidence and belief, and he’s actually a great driving coach,” Buck stated. Gunner was happy to share the knowledge he has gained racing with not only Buck, but up-and-coming racer Lainey Abney, who was also testing that night. “I was blown away at the insight he has. He was great about making me comfortable,” Buck stated.

This whole experience for Buck has taught him to step back and take a look at the bigger picture. It’s been an important reminder that drag racing can be fun. “Drag racing for me was something, I hate to say it, but I just didn’t feel like I could make it work in my life right now – a growing business, wife, kids, etc. I know the work involved, and I’ve always wanted to do it the right way when I took a notion to do it. I wanted to own all the stuff, own the truck, own the trailer – not be out borrowing stuff or looking for favors. Drag racing is all I’ve ever wanted to do since I was born, but I didn’t want to do it half-assed, so I figured I would table my racing desires until I could do it how I wanted to.

“This deal, though, has reminded me of a couple things,” Buck continued. “First off, it made me realize that I don’t need to have a half-million-dollar tow rig and the latest and greatest Pro Mod to simply go drag racing. Secondly, this stuff is so much fun. Holy moly. You almost forget, or at times fail to even realize, how much fun all this is, how lucky anyone that gets to go drag racing is. When you’ve spent a couple decades with drag racing as your business, it gets so serious and political and everything else. I needed to be reminded that you can go racing in a Fox Body Mustang with an aluminum-headed small block Chevy and a plate nitrous system and have an absolute blast – and be competitive.”

This has also been a welcomed nudge that you’re never too old to pursue your dreams. “Yes – this magazine was my dream. It was always a vehicle to get me closer to racing,” Buck repeated. “I want to start taking some of these opportunities, and it was such a breath of fresh air to go have a ball. Sure, you’re sweating, busting knuckles, loading, unloading, all those things that come with the territory, but it was a blast.”

However, Buck did admit that there is one thing he does need to work on, and that’s his reaction time. “The only thing that upset everybody was my reaction time. Tom, at the end of the night, was like we’ve got a car that can win Monday night, but the only thing I can’t tune is your lights,” he chuckled.

“It’s good for people to be reminded that it’s way easier than it looks, and at every level,” Buck explained when it comes to buckling up in a race car. “What a story it would be if go out and won this deal.

“We would be super proud, to be honest, and super appreciative of the opportunity – especially to race somebody else’s property, which is not at all lost on me.”