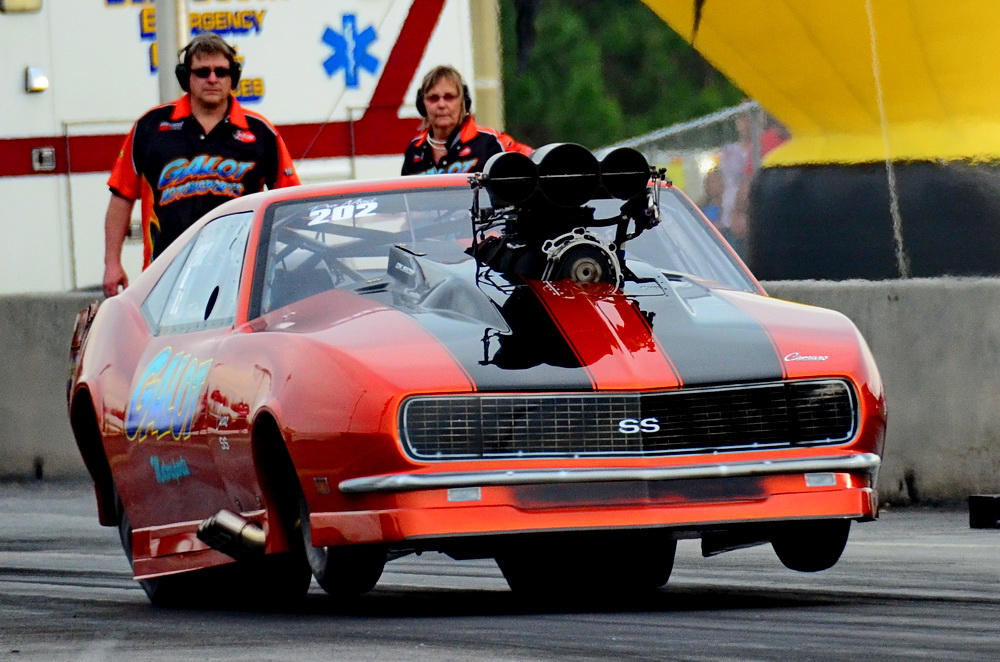 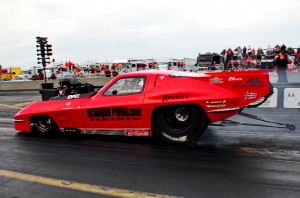 Tutterow, driving a roots-blown, Tim McAmis-built ’69 Camaro out of Yadkinville, NC, ran a pair of nearly identical 3.892-second passes to secure the Precision Turbo/Proline Racing Engines Pro Boost lead, with his speed increasing only a mere three-hundredths to 193.24 mph in his second pass.

“I actually had it tuned up for the second round, but then I saw a lot of guys spinning the tires in front of me so I backed it down a bit in the (staging) lanes,” said Tutterow, who ran last of 22 cars in the session. “I was looking for maybe a mid-.80, but then I thought I better just be smart and make sure it got down the track.”

Second with one more qualifying opportunity on Saturday was Kevin Fiscus at 3.898 seconds in his twin-turboed Mustang, followed by Tommy D’Aprile, Canadian Eric Latino and Tutterow’s teammate Kevin Rivenbark. Jimmy Blackmon held on to the 16th and final qualifying spot with a 4.233 in his twin-turbocharged ’68 Firebird.

Montecalvo, who was second with his 2012 Camaro behind the ’13 Camaro of Cary Goforth after the first round, leapfrogged to first place with a 4.092 at 177.02 mph on Friday night. Still, Montecalvo said he nearly aborted his second pass. 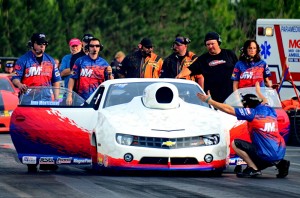 “Really, it probably could have been an .07, but it was spinning the tires pretty good, the car felt like it was on ice and it was getting a little close to the left wall and I was almost ready to pedal it or shut it off, but I knew it was still a good run to that point so I stayed with it,” the Long Island, NY-based driver said.

Goforth’s 4.097 from round one held on to second, while Brian Gahm in a 2013 Mustang was third and Goforth’s teammate and crew chief Jeff Dobbins rounded out the top half of the eight-car Aruba.com Extreme Pro Stock field.

Davis, of nearby Douglas, GA, climbed from fifth to first in Pro Extreme Motorcycle with a 4.096 at 172.06 aboard his 2014 Suzuki in the second round on Friday. Another Georgia rider, Jay Fisher of Oostanaula, saw his first-round leading 4.106 slip to second, with defending two-time world champion Eric McKinney third and another past champ in Kim Morrell fourth in her first race in nearly a year. 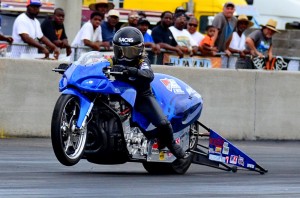 “Over the winter we changed up everything and put a whole new set-up in it and I’m really pleased with it right now. But I think the other guys will probably step up and speed up a little bit tomorrow, but we will too, so I’m not too worried about it,” Davis said.

An 11 p.m. curfew at the track about 15 miles north of Valdosta postponed the second round of Pro Extreme and Pro Nitrous qualifying to 10 a.m. Saturday morning (May 10), to be immediately followed by a third and final qualifying round for all PDRA classes. After one session, PDRA co-owner Jason Scruggs (top) held the NAS Racing Pro Extreme lead in a field of 16 qualifiers with a 3.582-seconds pass at 216.41 mph in his ’63 Corvette, followed by Frankie Taylor at 3.611 in his 2005 Corvette and Mick Snyder at 3.639 in another ’63 Vette. 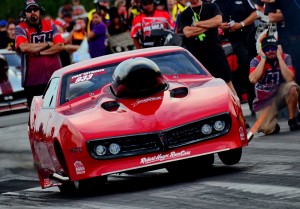 Jason Harris, winner of the PDRA season opener last month at Rockingham, NC, placed first after the opening round of Switzer Dynamics Pro Nitrous qualifying, running 3.779 seconds at 200.68 mph in his ’68 Firebird. John Camp and his ’68 Camaro was second with a 3.842-seconds run and Tim Savell’s 2013 Camaro went 3.849 to place third after 20 cars made attempts on the SGMP eight mile.

In Magnafuel Top Sportsman qualifying, John Benoit of Montpelier, VT, led 16 entries with a potential record 3.961 seconds at 188.89 mph in his ’68 Camaro, representing the only three-second run in the class. Canada’s Barry Daniluk was second, with Georgia’s own Bruce Thrift third, while the provisional top spot in Top Dragster went to Melissa Hutson based on her first-round 3.850 at 178.68 in her Lady Lake, Florida-based 2010 Spitzer dragster.