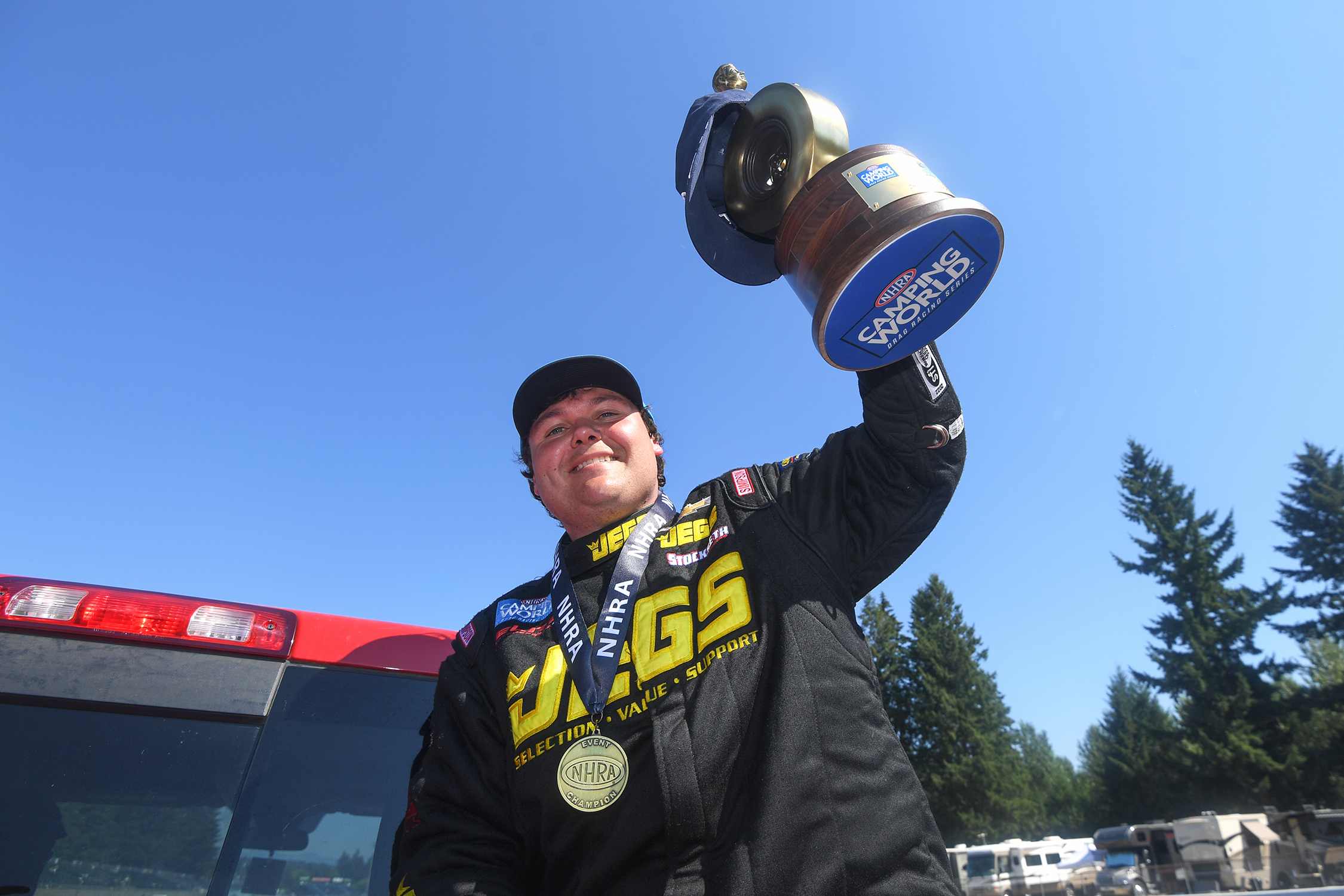 In an all-Elite Motorsports final, teammates Troy Coughlin Jr. and Erica Enders faced off against each other at the Flav-R-Pac NHRA Northwest Nationals in Seattle today. Coughlin emerged victorious with a Margin Of Victory of only .0001-seconds to earn his first win in the highly-competitive Pro Stock category.

“I think we’re going to see a lot more of this,” said team owner Richard Freeman. “We’ve got the best drivers, in my opinion, of the group. And TJ (Coughlin) really wanted it. He struggled the first part of the year, but it’s coming around and we’re proud of him.”

It was a positive week for all of the Elite Motorsports team. Six of its talented Pro Stock drivers were qualified in the Top Ten going into race day on Sunday.

In the first round of Pro Stock competition, Elite teammates Bo Butner (No. 9 qualifier) and Fernando Cuadra Jr. (No. 8 qualifier) faced off against each other. Although Butner cut a phenomenal .004-second light in his Johnson’s Horsepowered Garage Chevrolet Camaro, F. Cuadra Jr. earned the win in his Corral Boots Ford Mustang with a run of 6.636-seconds at 208.10 MPH, his fastest pass of the weekend. Cristian Cuadra faced rising star Camrie Caruso. While both drivers went red, Cuadra left earlier than Caruso, giving her a first-round victory. In another Elite matchup, Fernando Cuadra Sr. faced Coughlin. F. Cuadra Sr. had the starting line advantage, but Coughlin was able to chase him down for the win thanks to a pass of 6.598 at 209.36. Aaron Stanfield defeated Mason McGaha despite M. McGaha’s starting line advantage, while Enders powered her Melling Performance/Elite Motorsports Chevrolet Camaro to a blistering pass of 6.593 at 208.97, the lowest elapsed time of the event, to defeat Chris McGaha.

The second round of competition began with a series of red lights. Kyle Koretsky dropped the hammer too early giving Stanfield the win and advancing him to the semifinals in his Janac Brothers/JC3 Energy Chevrolet Camaro. In the next pair, Cuadra Jr. went red against Greg Anderson. Coughlin took out Camrie Caruso in his JEGS.com/Elite Motorsports Chevrolet Camaro with a margin of just seven-thousandths at the stripe. In the final Round Two matchup, Enders defeated Dallas Glenn with a powerful run of 6.954 at 209.72, consistent with her previous first-round performance. 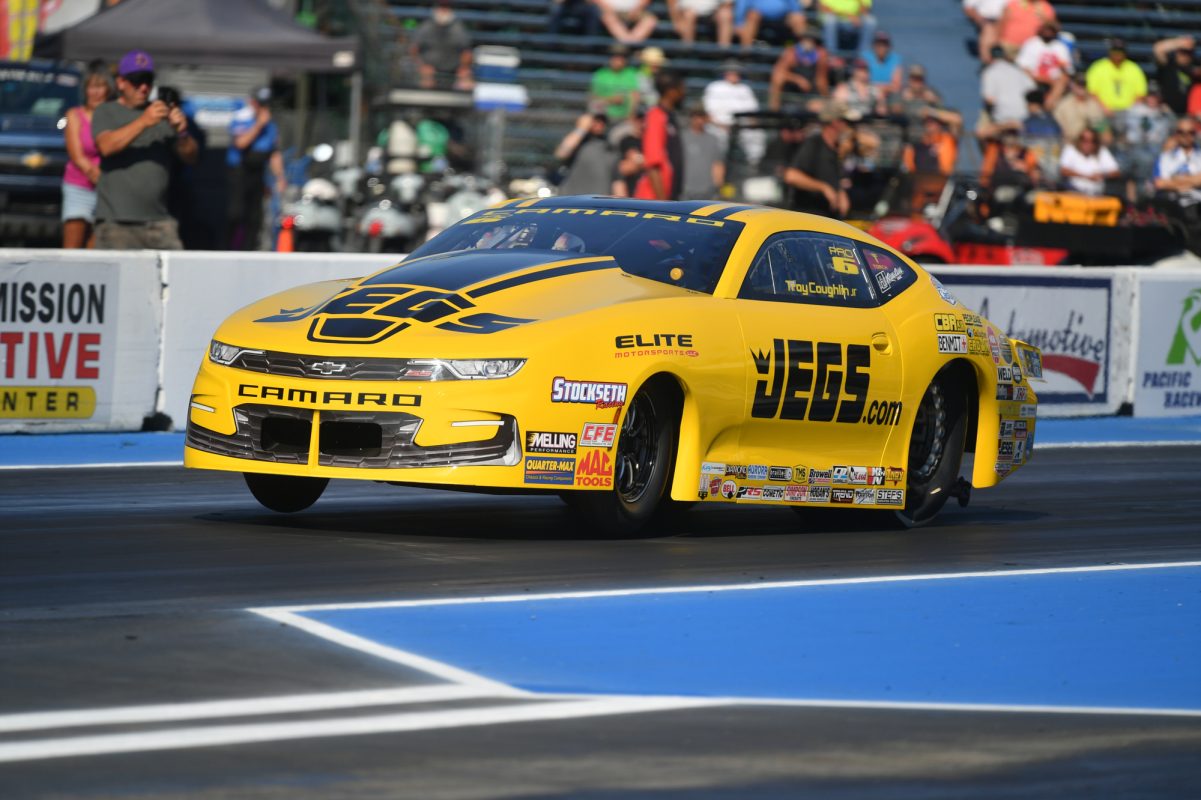 Three of the four drivers in the NHRA Camping World Drag Racing Series Pro Stock semifinals were Elite teammates – Enders faced Stanfield for the seventh time this season. In qualifying, they were separated by only one-thousandth of a second. Enders defeated Stanfield with a pass of 6.649 at 208.71. Coughlin powered past Anderson with a pass of 6.659 at 208.36 propelling him into the finals where he defeated Enders.

“This is something else,” said Coughlin. “It’s absolutely humbling. I’ve been surrounded by some wonderful people with great equipment so we are definitely really blessed. I just can’t wait to keep going! This win is so special. Coming out here to Seattle and Pacific Raceways, it’s a wonderful place to race and the fans are amazing. We’re lucky to be here. I’ll never forget this.”

The next stop on the NHRA Camping World Drag Racing Series schedule is the Menards NHRA Nationals Presented By PetArmor at Heartland Motorsports Park in Topeka, Kan. August 12-14. 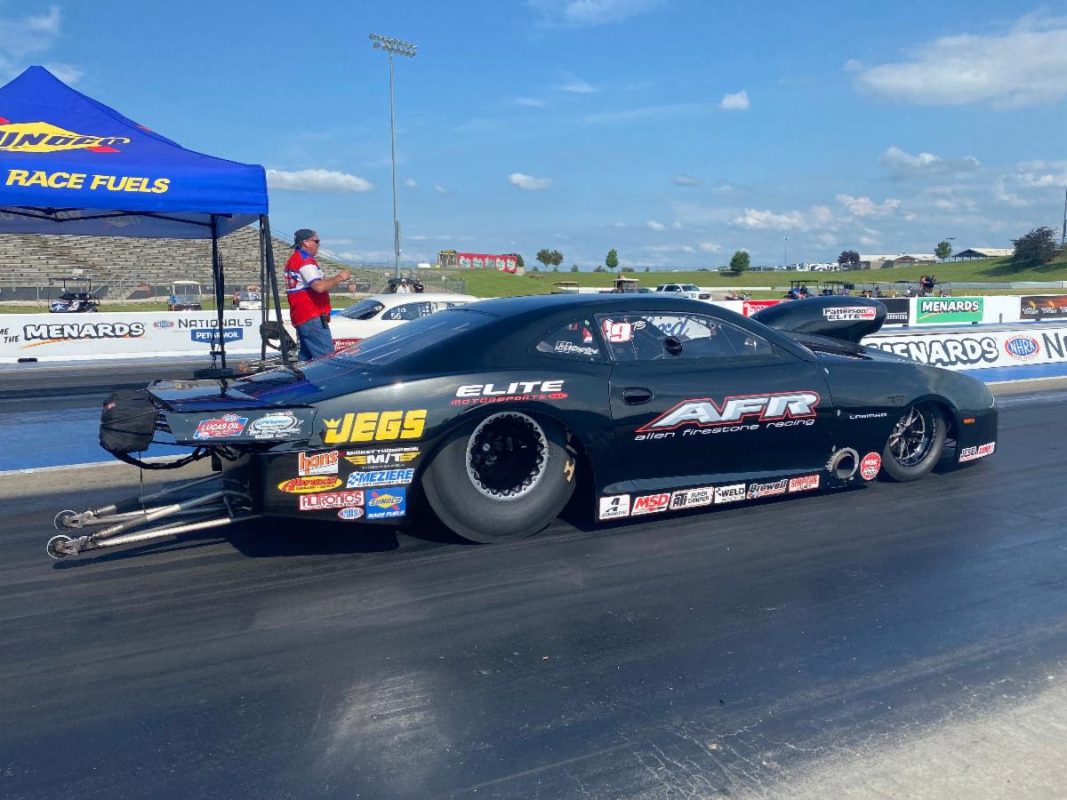 In the first of two back-to-back events at Heartland Motorsports Park in Topeka, Kan., the Top Sportsman category featured an all-Patterson Elite customer final with Allen Firestone getting the win over Macy Higgins. This is the 10th NHRA Lucas Oil Drag Racing Series Wally for the talented driver from Velma, Okla. In Competition Eliminator, standout driver Mike DePalma snagged a runner-up finish in a final round appearance against Scott Linder who earned his first NHRA Lucas Oil Drag Racing Series event victory.

In the second event of this competitive doubleheader, Jay Storey powered his Copo Camaro to a semifinal appearance, while Todd Patterson earned a runner-up finish in Super Stock. In Competition Eliminator, Royce Lee Freeman powered through to the semifinals.