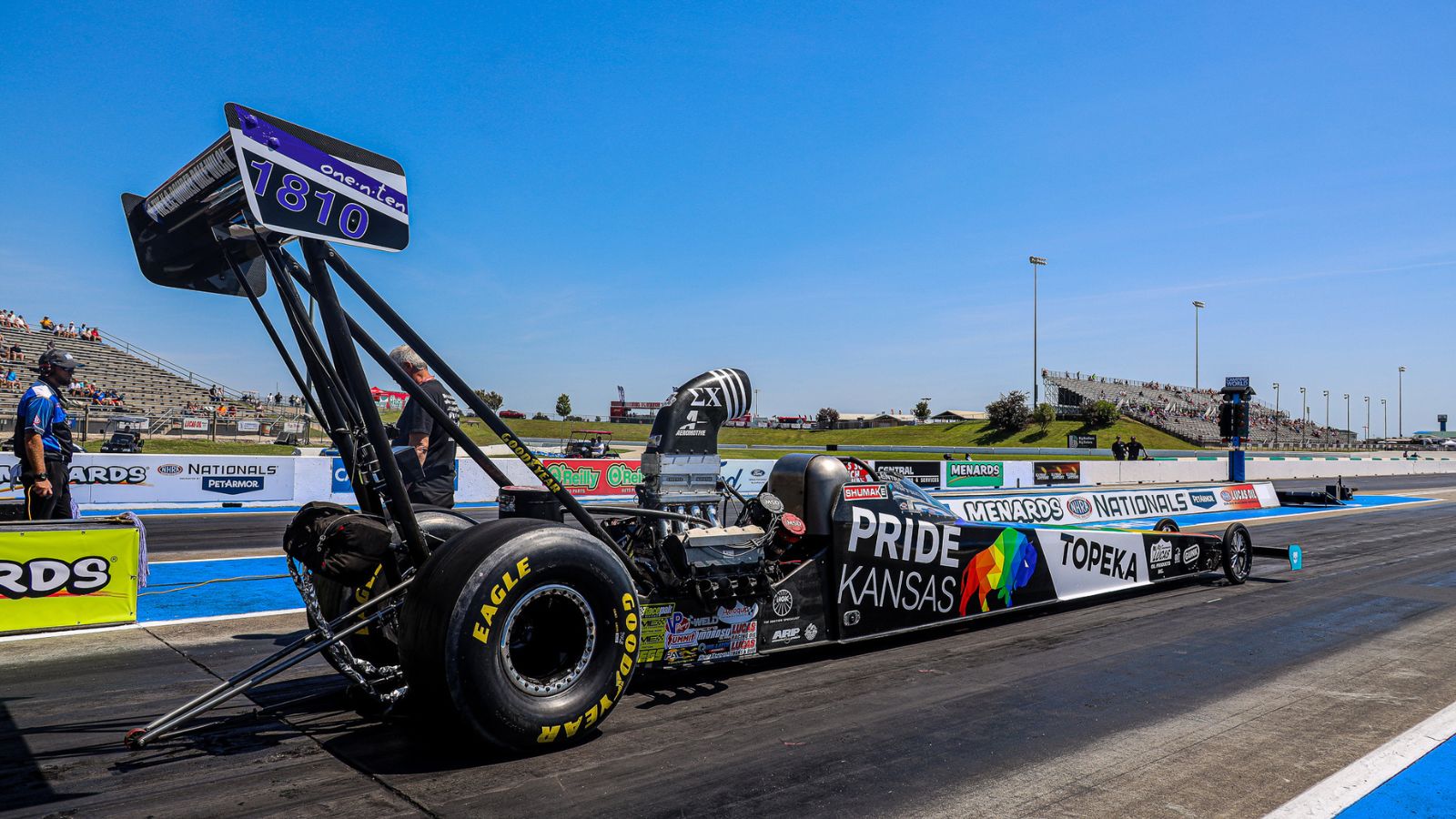 After driving the Randy Meyer owned-and-prepared Visit Topeka Pride Kansas A/Fuel dragster to the No. 11 qualifying position, Travis Shumake fell to Jasmine Salinas in the first round of the 33rd Menard’s Nationals presented by Pet Armor Saturday despite a massive .039 of a second starting line advantage.

The 37-year-old, whose dad Tripp was a two-time NHRA Funny Car event winner in the 1980s, made three solid qualifying runs of 5.418, 5.429 and 5.488 seconds before laying down a 5.456 at 263.41 miles per hour in the first round that brought an early end to his debut as the first openly gay driver to compete in the NHRA Lucas Oil Drag Racing Series.

With Shumake’s starting line edge, the margin at the finish was a thin .076 of a second.  Despite the early exit, the second-generation driver characterized his national event debut as a major success for himself and the LGBTQ community in a sport already widely-recognized for its diversity.

“We made quite the splash this week here in Topeka and brought plenty of new eyes to the sport,” he said. “Wednesday we put the mayor of Topeka in a dragster (during a pre-race appearance at Topeka’s Evergy Plaza) and that doesn’t happen that often. That is the kind of creativity I am pushing for with partners who are willing to try new things and activate in their community. There were a dozen or so first time NHRA fans who said they came out to track to see me what all the buzz was about. Next race I hope it’s 25. That’s my goal, to continue to bring new people into NHRA drag racing.”

Nevertheless, the first round loss was difficult even though it came against someone with whom Shumake has been close since he first embarked on his drag racing journey.

“I couldn’t think of anyone better to have my first race against and, unfortunately, lose to (than Jasmine),” Shumake said.  “You lose to a close friend, someone who signed your competition license and has been there for you since day one.  I did the best I could.  I had a great reaction time and was first off the line.  I am not leaving here sad.  I have learned so much this weekend and now I am ready for the next race in Reading (PA in September).

“It was great to have so many people in the stands and hearing the announcer making witty banter about our Visit Topeka Pride Kansas dragster.  The divisional race was a good start, but this event definitely felt bigger.  This is the most real feeling I have felt as a racer. This was my best weekend by far with elapsed times and reaction times.”

Shumake will continue to pursue his racing dream with competitive appearances at Reading on Sept. 18, Charlotte, NC, Sept. 25 and Pomona, CA, Nov. 13.

“If I didn’t know that I had opportunities coming my way the rest of the season then maybe there would be a little sadness,” Shumake said of the result, “(but) this is part of how you learn. This is how it goes. To lose to one of the best teams in the category — I think Jasmine is No. 2 or No. 3 in the points, that is not a big loss.”