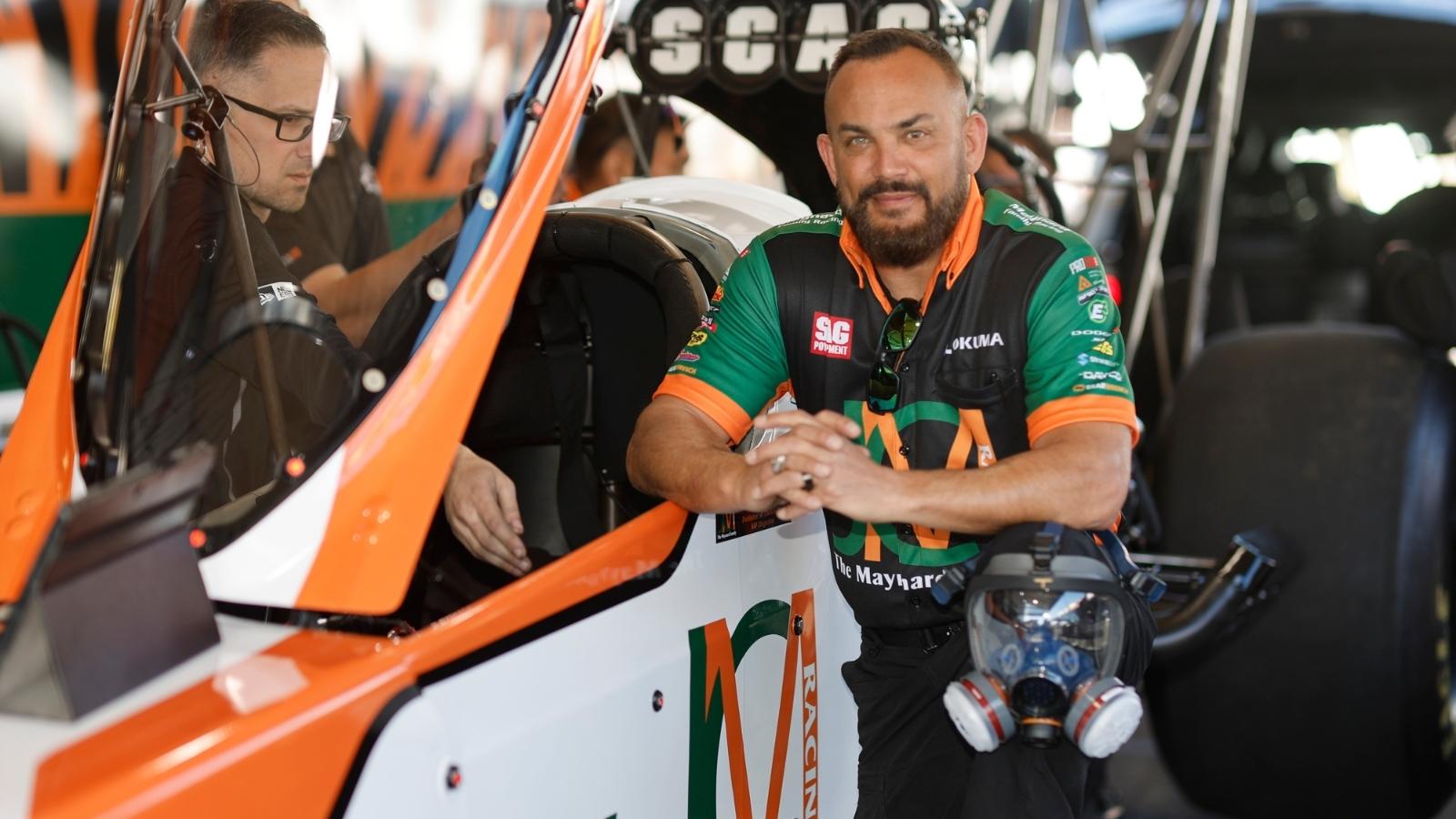 When you’re Tony Schumacher, winningest Top Fuel driver of all time, you’re comfortable with being uncomfortable. Like when his well-known U.S. Army sponsor parted ways with him and his team, Don Schumacher Racing, or overcoming the adversity of the 2022 NHRA Camping World Season, Schumacher’s thick skin and determined attitude kept him going.

Schumacher picked up the 86th win of his career on the final leg of the Western Swing at Pacific Raceways in Seattle, Washington. He’s no stranger to winning, but the Top Fuel pilot scored the first victory for his new team owners, Joe and Cathi Maynard. Schumacher had no doubt in his mind that he would hoist a Wally again and even has his sights set on another Camping World Championship Trophy. However, Schumacher admitted that not having a full-time Top Fuel ride was unknown territory.

“It was an uncomfortable moment,” Schumacher confessed. “I drove for the Army for 19 years, and you think this is going to go on forever – it was supposed to.” Schumacher, or “The Sarge” as he became fondly known, and Don Schumacher Racing was caught off guard in 2018 when the Army pulled their presence out of motorsports. “It was terrible. I had to start thinking we may never get in a race car again. My dad had a big team at the time, and I felt a little left out in the cold.”

However, Schumacher, the consummate professional he is, didn’t want to take the opportunity away from his DSR teammates when he was left without a primary sponsor for his Top Fuel Dragster. “I’m not going to take Leah’s [Pruett] job, and I’m not going to take Antron’s [Brown] job. It would be B.S. to do that,” he stated. “They earned the right to be there, and it’s just not my personality.”

Schumacher did what he could to stay relevant when he wasn’t driving but faced challenges he wasn’t familiar with. “It’s hard to keep your face there. I tried to do my best with FOX, but that wasn’t my goal,” Schumacher said, explaining how he joined the broadcast team for a short time. “It’s not where I wanted to be. I felt like I was out there hanging.”

Schumacher’s lack of sponsorship sent shockwaves throughout the NHRA racing community, but he didn’t let that stop him. “What our value has been hurt by is that the cars were the stars for so long,” he said. “They did that on purpose years ago to make sure drivers didn’t get paid too much.”

Schumacher started thinking outside the box and reached out to the likes of Scag Power Equipment. “They had never been in drag racing before, and you’ve got to get them to a race,” he pointed out. Schumacher, who knows the business of driving and selling sponsorhips, explained that getting potential partners to a race is vitally important. “We’ve got to keep everyone’s eyes open to the sport of drag racing.”

Then, enter Joe and Cathi Maynard, massive drag racing fans who wanted to see the sport grow and bring more awareness to it. They afforded Schumacher to return from the sidelines to a full-time ride in a Top Fuel Dragster. The Maynard’s son, Joe Jr. was, in fact, an Army helicopter pilot, which helped the family sit up and take notice of the former-sponsored Schumacher. “They want to be an owner. They just didn’t want to be out there sponsoring. It all worked out well,” said Schumacher.

The Top Fuel pilot who now calls Austin, Texas home, surpassed Bob Glidden with his triumphant 86th career win in Seattle. But when asked if it was on Schumacher’s list to be mentioned along the legends of the sport, he said, “It still doesn’t cross my mind. It’s mind-boggling that we’ve been fortunate to have such great teams. I’ve been blessed with a lot of good people.”

Speaking of great teams and people, Schumacher shared his thoughts on the Top Fuel class of 2022. “It’s outstanding. There was a time when you looked down the ladder to see who you had in the second or third round. Now, we have no idea what’s going to happen,” he said.

After the recent Seattle success, Schumacher is confident about the back half of the NHRA Camping World season. “I think we’ll make it into the Countdown, but we are not running like a Brittany Force,” he explained. “I think David Grubnic and Mac Savage are outstanding. You’re not going to outrun them, but you can start knocking them down, and they start making mistakes. They’re all going to start running out of clutch discs,” he pointed out, as the NHRA community feels the effects of supply chain shortages. “We’re still not there, but we’re headed in the right direction. I will win rounds, and I will win races.”

Schumacher also shared the sentiment for his team. “What I see are a bunch of 20- year-old kids on my team. Most of them had never held a Wally before Sunday, and it was fantastic,” he said. The eight-time Top Fuel Champion attributes their win to his leadership style. “You can lead with an iron fist, or you can lead like I like to lead by being positive and making people want to show up early. Nobody works harder than our team.”

Schumacher’s veteran driving style and his team are all falling into place. This includes his new ownership, and Schumacher was proud to deliver the Maynard’s first win as a new team owner. “The look on all their faces, they were stunned,” he said. “If there’s anything that I can say is our strength, it is that we have situational awareness. I had this weird feeling on Sunday that we were going to win, and I told everybody.”

The sport’s playing field is everchanging as different drivers and sponsors flex in and out of the NHRA, and Top Fuel cars continue to go faster thanks to newly evolved technology. Schumacher is onboard with how things are going, “I think it’s [technology] a great thing. NHRA is always going to come up with rules to try and slow us down. It’s our job to think one step ahead. It’s a drag race, and we’re going to win and lose by one-tenth of a second. The whole sport of drag racing is based on technology.”