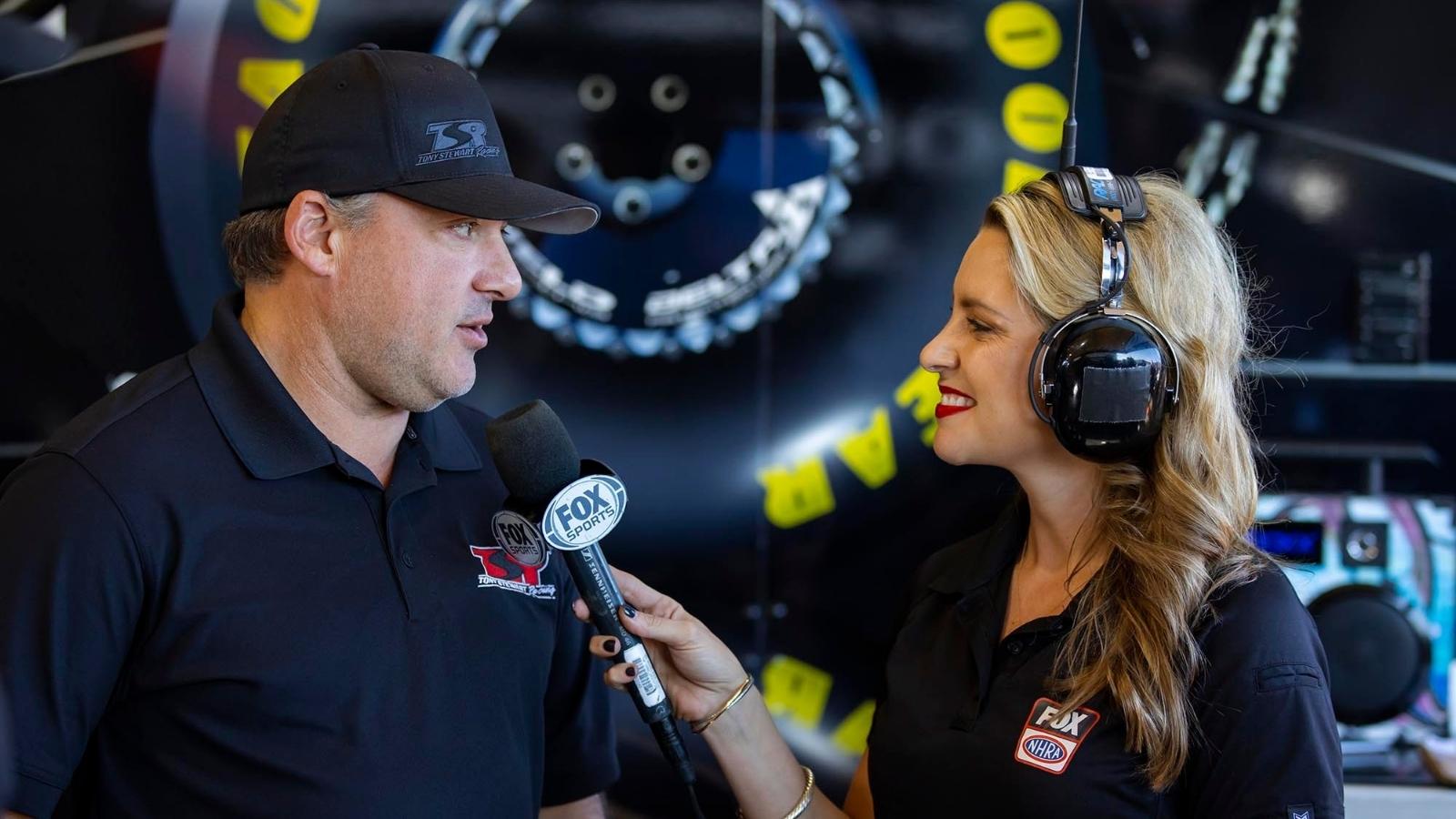 Stewart will join the NHRA on FOX team of Brian Lohnes and Tony Pedregon for eliminations on Monday, Sept. 5 at the Big Go, with eliminations set to air from 2-5 p.m. ET on FOX.

“Tony Stewart is one of the racing world’s most versatile drivers, celebrating success at the highest levels,” said Frank Wilson, FOX Sports VP Event & Studio Production. “He is now bringing that versatility to the broadcast booth, first in the NASCAR Cup Series on FOX earlier this year, and now as part of the NHRA on FOX for drag racing’s most iconic event. Along with two-time Funny Car champ, Tony Pedregon, the two Tonys will no doubt provide some entertaining and insightful analysis beginning this weekend from Indy.”

Stewart, who also called action during select NASCAR on FOX broadcasts this season, will now join the NHRA on FOX broadcast booth on drag racing’s grandest stage, offering his unique insight and adding another must-see incentive for fans at a critical juncture of the season. Along with the prestige of the annual race in Indy, the 68th annual Dodge Power Brokers NHRA U.S. Nationals is the last race before the Countdown to the Championship playoffs, giving NHRA a huge platform on FOX to close the regular season with Stewart in the booth as well.

“It’s a great opportunity to have a motorsports icon and a new NHRA owner like Tony to join the NHRA on FOX broadcast during the U.S. Nationals,” NHRA Vice President of Broadcast Steve Reintjes said. “Tony is passionate about the NHRA, and he brings his experience from his recent role as an analyst during select NASCAR on FOX events to the NHRA broadcast booth. It’s a natural fit for Indy, our highest-profile NHRA event.”

The race on the FOX network comes during a stretch that features eight of nine NHRA races on FOX, a string that started in June in Bristol. The coverage on FOX has yielded impressive viewership numbers throughout, including the most recent broadcast in Brainerd on Aug. 21. Coverage of the Lucas Oil NHRA Nationals registered 813,000 viewers, up more than 10 percent over last year’s Brainerd race on FOX.

Television coverage of the prestigious Dodge Power Brokers NHRA U.S. Nationals includes racing action on Fox Sports 1 (FS1) from 1-3 p.m. on Sunday, Sept. 3, and coverage of the Pep Boys NHRA All-Star Funny Car Callout from 4-5:30 p.m. Qualifying action will continue from 5:30-7 p.m. on Sunday on FS1. On Monday, live coverage from eliminations will begin at 12 p.m. on FS1 and continue on FOX from 2-5 p.m.