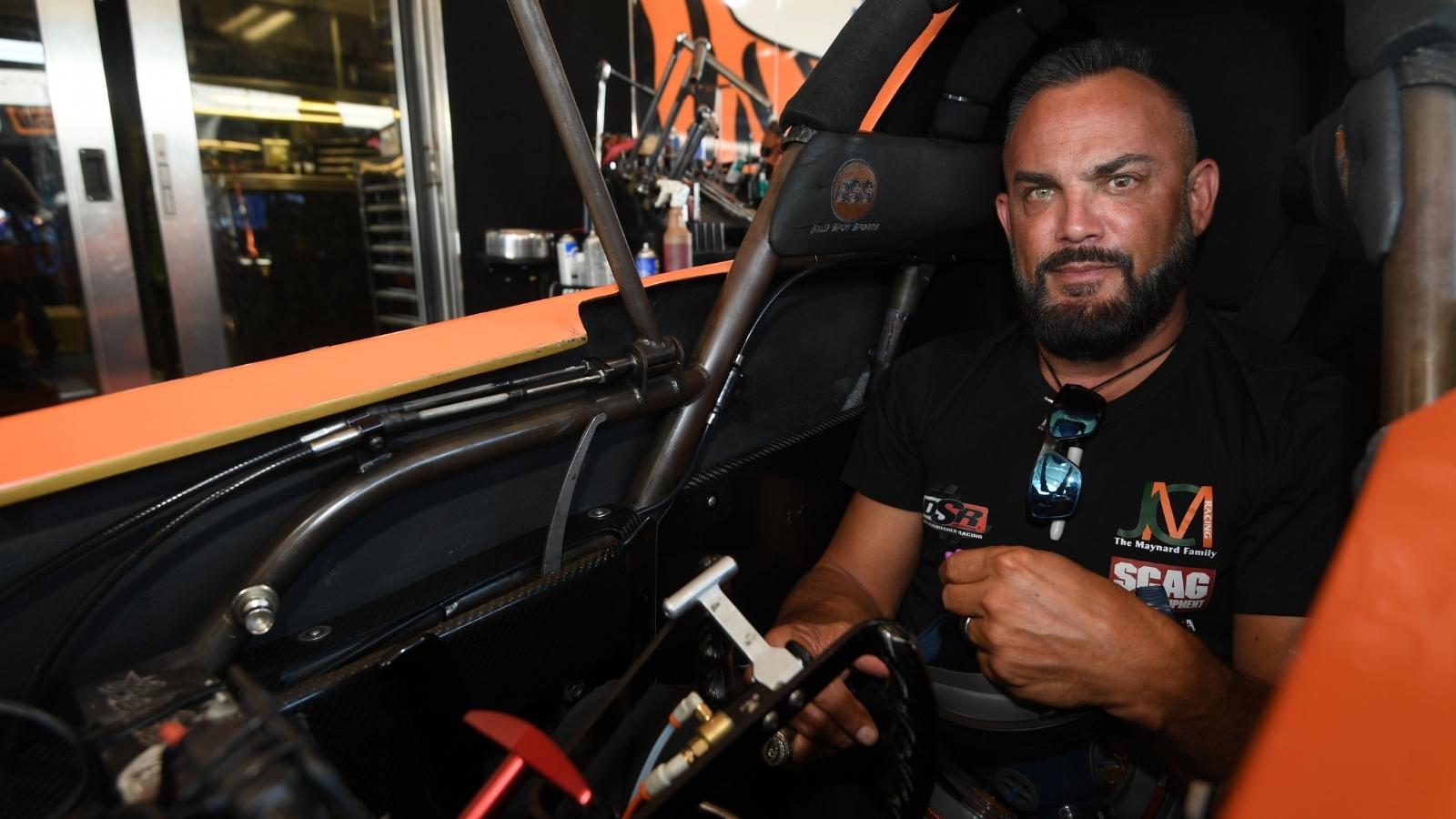 Following his NHRA Northwest Nationals victory in Seattle two weeks prior, Tony Schumacher was looking to make it two-in-a-row at the Menards NHRA Nationals presented by PetArmor in Topeka, Kansas.

Schumacher qualified the Scag Power Equipment Top Fuel dragster 12th to face Doug Kalitta in the opening round of eliminations at Heartland Motorsports Park, setting up a match-up between two of the most tenured drivers in the sport. Schumacher and Kalitta lined up side-by-side for the 93rd time in their career on Sunday morning, the most of any two Top Fuel drivers, with Schumacher holding the round win advantage 52-40 over his opponent. Schumacher successfully extended his win count when he moved first to earn the holeshot triumph in a close side-by-side race. Not only did the round win net the 86-time race winner a bid to the quarterfinals, but it allowed him to crack back into the Top 10 in the point standings by moving up two positions from 11th to ninth for the first time since the Bristol, Tenn. event in June. 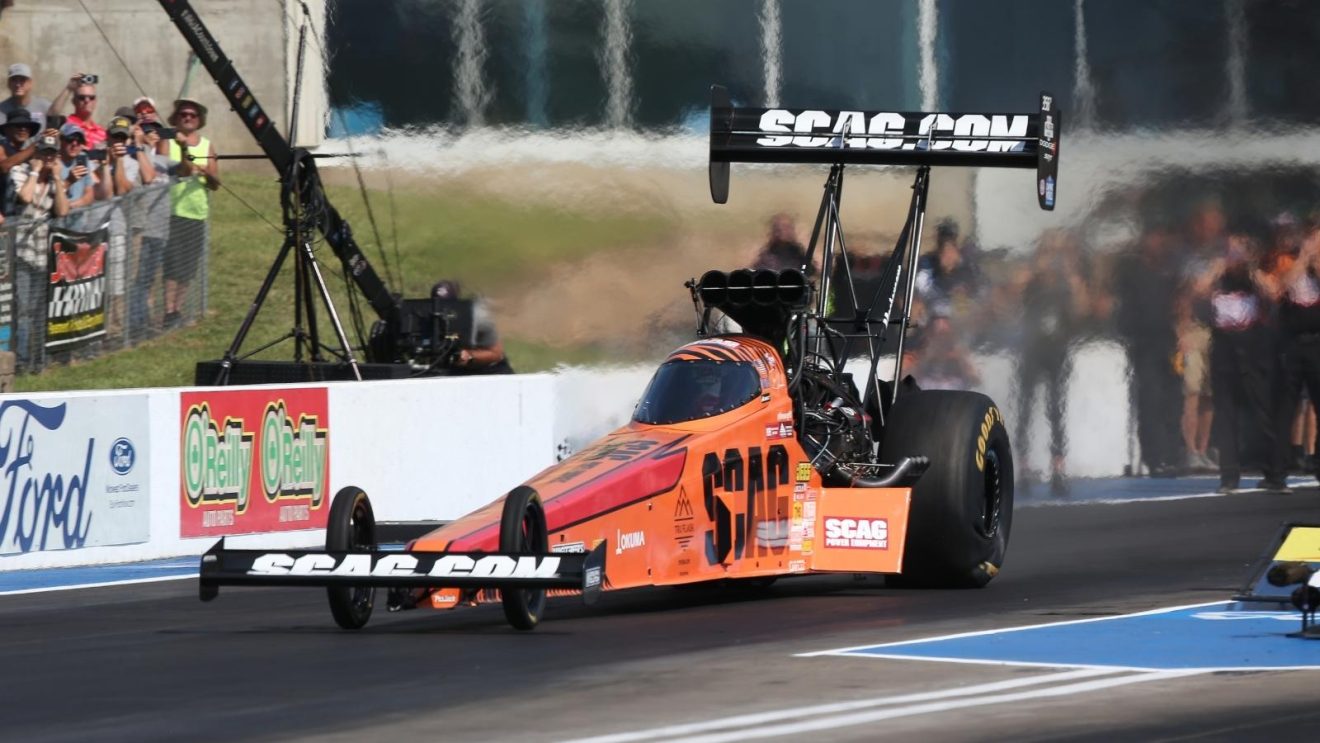 Seeking his sixth consecutive win light, Schumacher faced reigning Top Fuel world champ Steve Torrence in round two. Schumacher nabbed the starting line advantage, but a dropped cylinder at the step of the throttle caused his machine to slow while Torrence drove to victory, ending Schumacher’s day after the quarterfinals.

“Disappointing to get beat second round when we had such a great race car first round,” said the Scag Top Fuel pilot and Heartland Motorsports Park E.T. track record holder (3.660 seconds, 2017). “We literally made the third-quickest run of the first round to take out Kalitta who made the second-quickest run, just to find ourselves having to race the driver who made the first-quickest run, in the second round. We had (Steve) Torrence by sixth-hundredths-of-a-second, the car just dropped a cylinder. We’re still fighting some demons but we’ll get it together. We moved back into the Top 10 this weekend, and we’re looking forward to Brainerd and adding more points to our total, and getting ready to fight for a championship.”

Schumacher and the Maynard Family Racing team won’t have to wait long to have another shot at a second Wally trophy as the NHRA heads to Brainerd, Minn. next weekend for the second-to-last event before playoff positions are set for the 2022 NHRA Countdown to the Championship playoffs.

Joe and Cathi Maynard have been involved with A Soldier’s Child, a national nonprofit organization that aims to serve the children of fallen military personnel who lost their lives while on active duty, since 2008. Earlier this year, the Maynards, both veterans, hosted their annual dinner banquet to benefit A Soldier’s Child, and thanks to the help of generous donors, and Ron Capps and Tony Schumacher, raised $230,000 for the cause.

For more information, or to contribute to A Soldier’s Child, please visit asoldierschild.org.