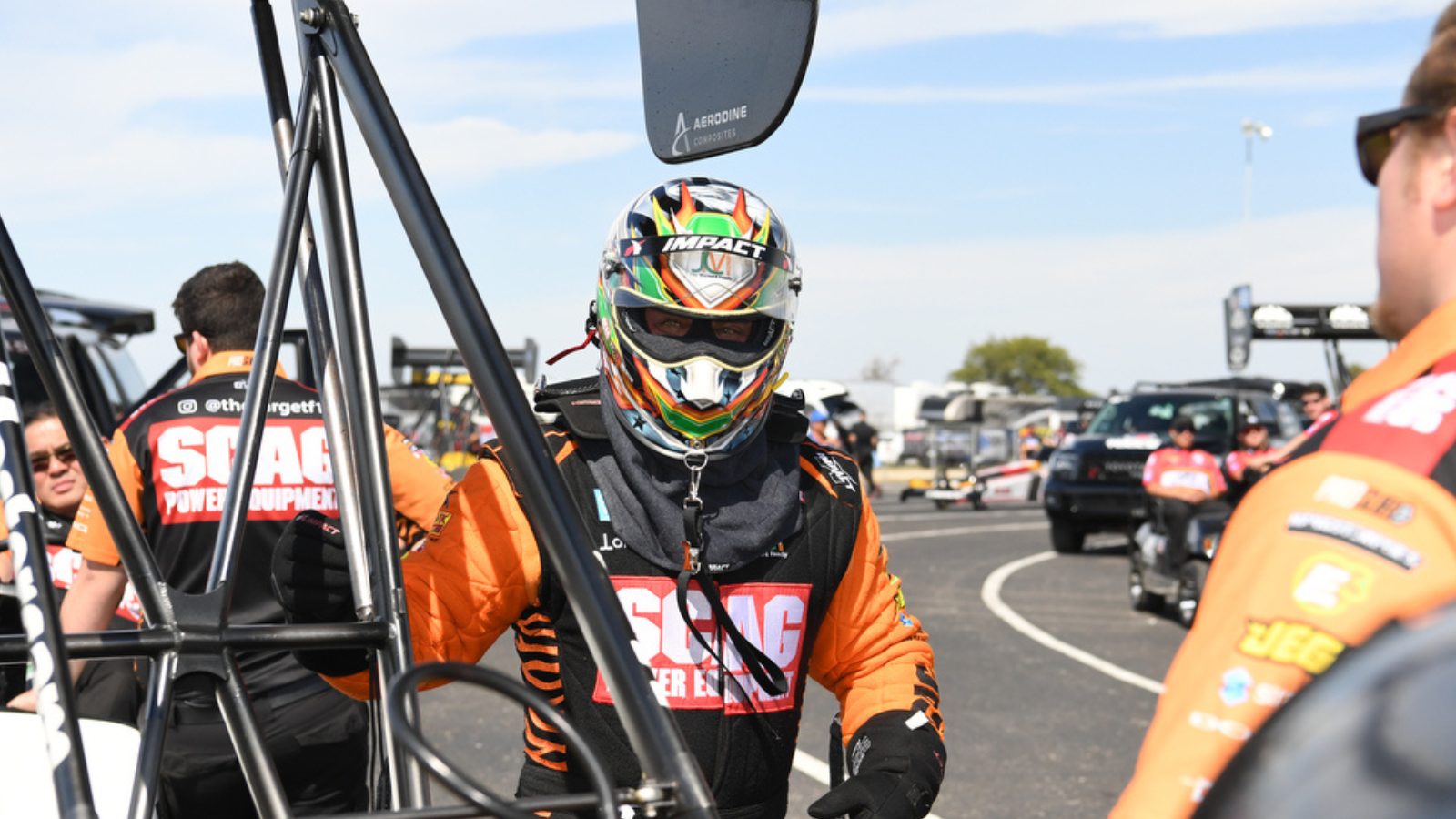 It was simply a matter of ending up on the bad side of a good drag race that led to an early exit for Tony Schumacher and the Maynard Family Racing team during Sunday’s elimination rounds at the Texas NHRA FallNationals.

With six Texas Motorplex triumphs, Schumacher is the winningest Top Fuel driver in the history of the facility, and the 2020 ‘Texas Motorplex Legend’ award recipient was hoping to add to his total as he sought to race to the winner’s circle for the second time this season.

Piloting the SCAG Power Equipment livery for the last time in 2022, Schumacher entered the final qualifying session on Saturday evening sitting in the No. 13 spot after clocking a 3.836 E.T. as his best run of the weekend’s first three qualifying rounds. Crew chiefs Todd Okuhara and Phil Shuler turned up the wick in Q4, tuning Schumacher’s machine to a 3.801 E.T., and while it was a solid pass, it wasn’t enough to improve their position on a ladder which was mostly set from Friday night’s Q2 session during prime racing conditions. 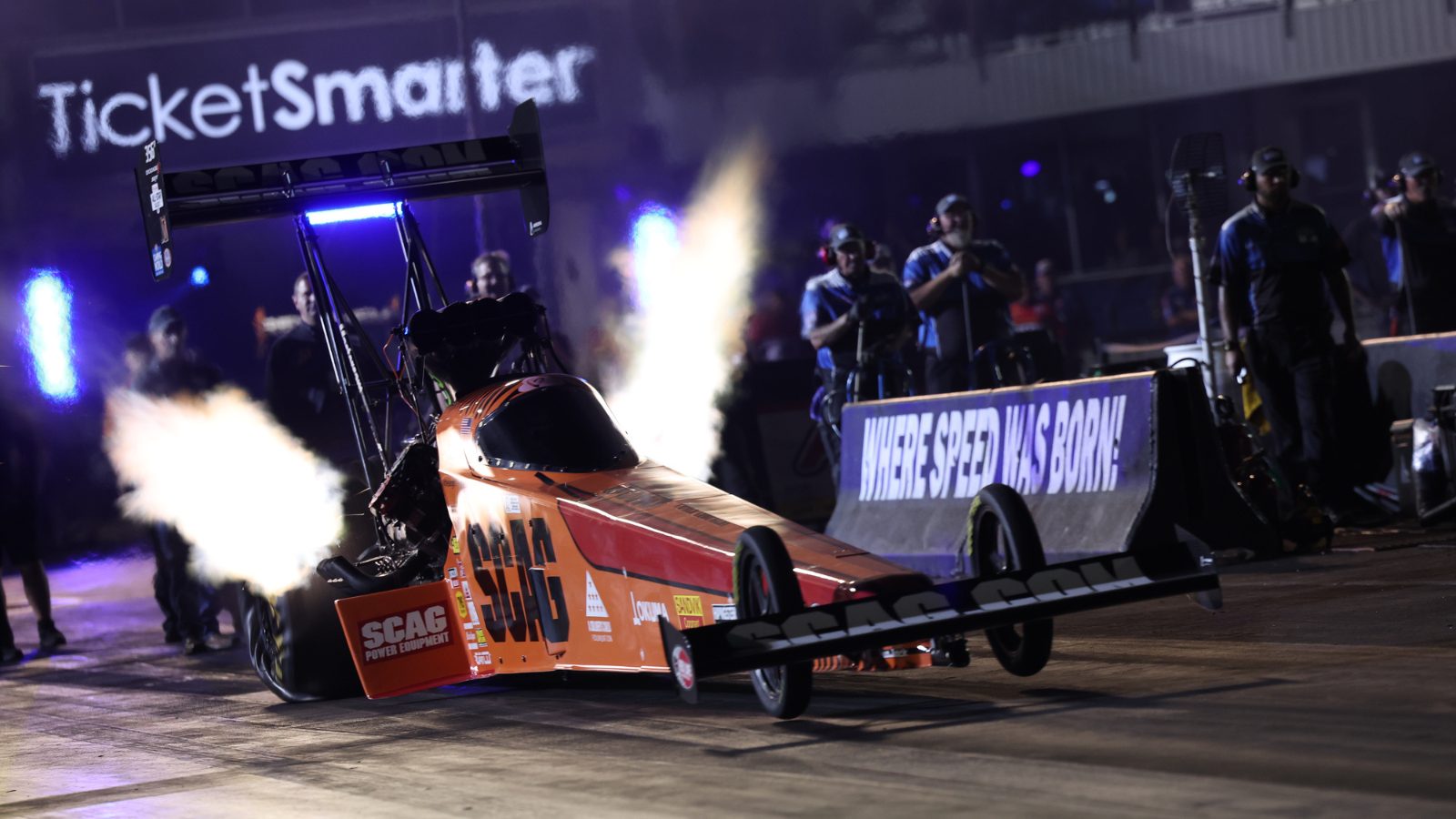 By starting from 13th, Schumacher found himself with a tough first-round matchup versus No. 4 qualifier and championship-contender, Antron Brown. In what looked like a race that would typically be found in a semifinal or final elimination round, the multi-time world champions lined up on Sunday, hungry to snag their first win light of the day. Schumacher and Brown had identical reaction times, and both drivers powered to their quickest runs of the weekend, but it was Brown who came out on top with his 3.684, besting Schumacher’s 3.715 E.T.

“What got us beat today wasn’t that really good run. What beat us was our poor qualifying performance, and we can’t keep doing that,” Schumacher explained. “We can’t keep ending up in the No. 14 spot and expect to beat the No. 3 guy. They’re going to run good, they’re going to perform well.

“We can’t get too down on ourselves, we made a great run that session. We were fourth-quickest that round, but we put ourselves in a position to race a car that was extremely good. We’ve got to get back into the form where we are top two or three every time so we get a chance to go out first round and run an easier car. This is a race track where I’ve won six times, and I expect to do well here, and so it was a letdown to bow out so early today, but I feel better knowing we’re moving in the right direction.”