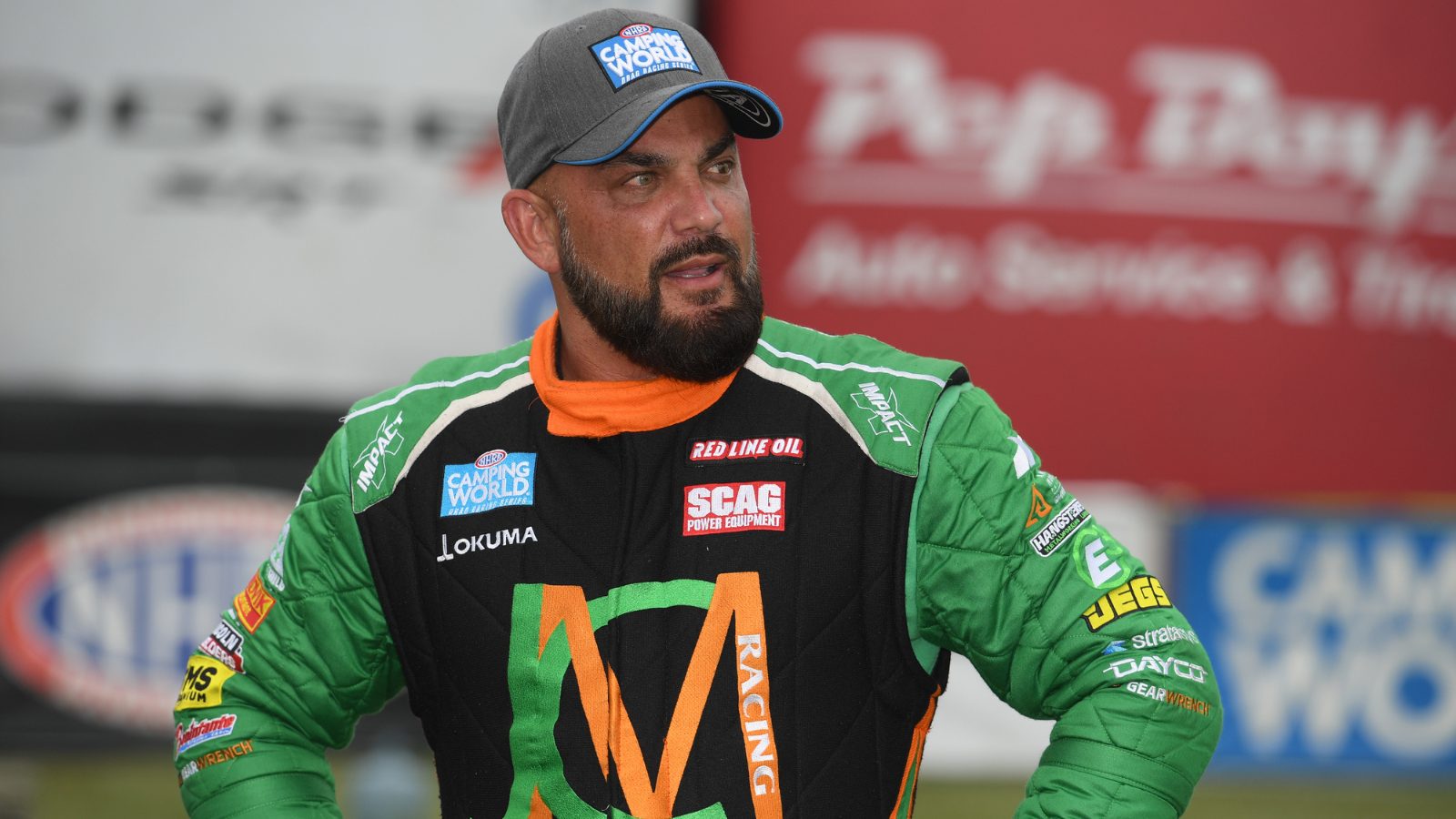 Despite a first-round exit at the NHRA U.S. Nationals near Indianapolis, Tony Schumacher is optimistic about the performance of his Maynard Family Racing Top Fuel dragster going into the Countdown to the Championship playoffs. The 10-time Indy winner secured the No. 10 spot in the Countdown, giving him a shot at a ninth NHRA Top Fuel world championship.

With 25 Top Fuel entries vying to make the elimination show, it was a nail-biter of a weekend for Schumacher, who went into the final day of qualifying for the ‘Big Go’ not qualified, but his DSR Performance-powered Maynard Family Racing dragster fired off a 3.743-second blast during Q4 to secure one of 16 spots in the fastest Top Fuel field in NHRA history.

Starting race day from 13th, Schumacher and opponent Mike Salinas left the starting line together, but the 86-time race winner ran into issues and had to coast through the finish line with a 5.072-second pass. It wasn’t enough to beat Salinas, but Schumacher was quick to point out the positives of the weekend.

“First of all, I got to run Indy for the 20-some time,” said Schumacher, who made his Indy debut in Top Alcohol Funny Car in 1995, then reached the final round in his Top Fuel debut there in 1996. “I’ve won this race ten times, been in the finals a lot. I really, really enjoy being here. I didn’t perform my best as a driver. The car didn’t perform until the end very well, but all in all, we made it into the Countdown.

“We’re going to six races, and I think we have a better car than we’ve had all year,” added Schumacher, who won the Seattle event last month, and finished as the runner-up in Brainerd, Minn. prior to the Indy event. “It didn’t show on that particular run, but I think we found a substantial problem we’ve had. I look forward to getting to Reading, Pennsylvania, and doing some testing, and winning a championship.”

The U.S. Nationals is a special event for many reasons, but this particular weekend was extra special for Schumacher and the Maynard Family Racing organization, as Cathi Maynard was able to re-join the team at the track for the first time since she and husband Joe Maynard became majority team owners in July.

“The whole team was excited to welcome Cathi back to the track,” Schumacher said. “We had Joe with us for our big win at Seattle, and we were really hoping to get another Wally for Cathi this weekend, but we still have six more chances this season.”

Schumacher and the Maynard Family Racing team will begin their championship campaign at Maple Grove Raceway for the Pep Boys NHRA Nationals, Sept. 16-18.