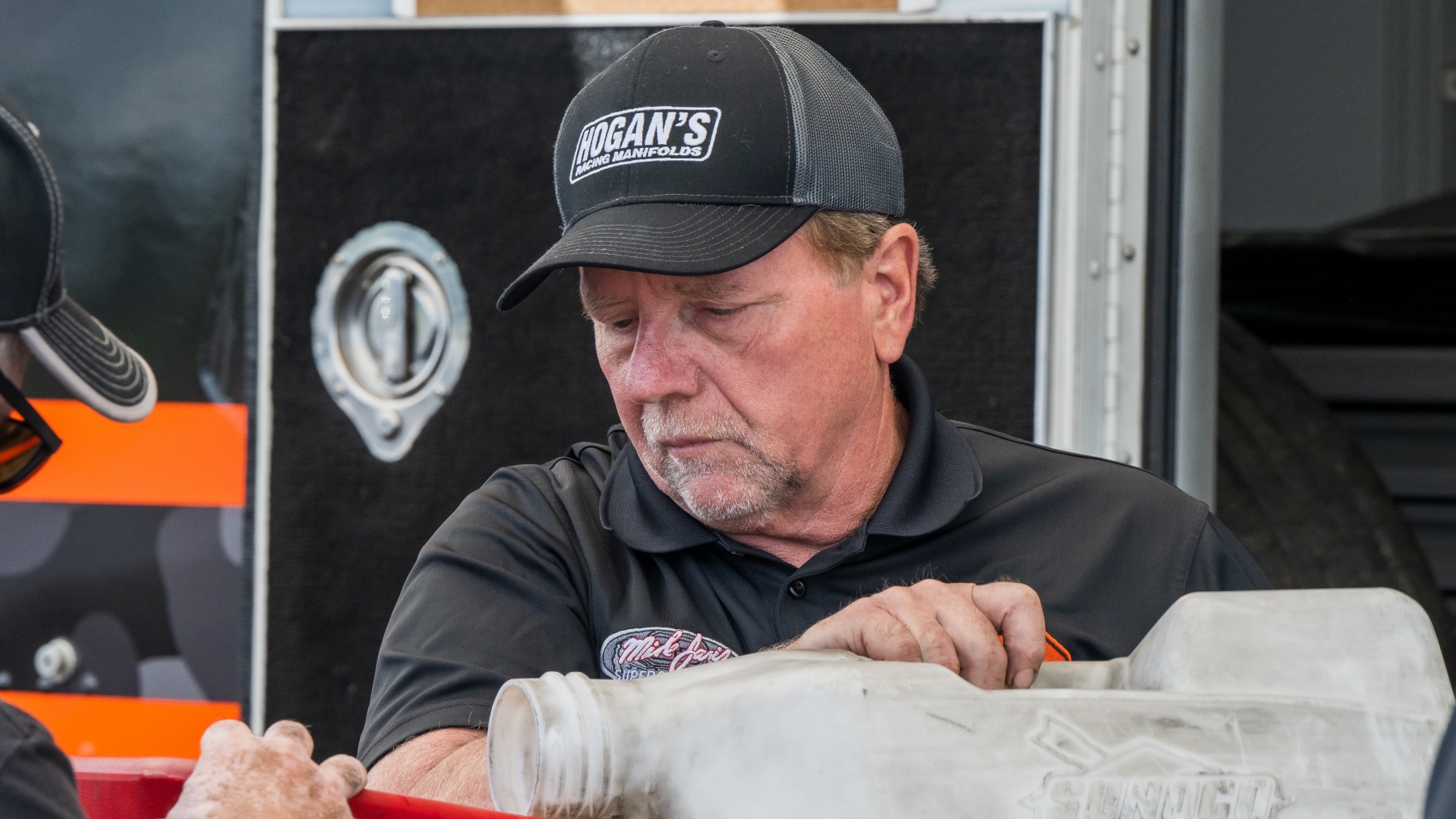 Just a couple weeks into 2021, three-time Pro Modified world champion Mike Janis announced an abrupt retirement from driving due to doctor’s orders. Janis’ brief hiatus from competition will end March 3-5 when he takes part in the invitation-only Drag Illustrated World Series of Pro Mod at Bradenton Motorsports Park. He’s one of over 40 drivers competing for the $100,000 winner-take-all prize at the outlaw eighth-mile event.

“It’s going to be a big event for me,” said Janis, who’s continued to run his NHRA Pro Mod operation with son Mike Janis Jr. and drivers J.R. Gray and Mike Thielen. “Not only is it going to be my first time back, but we’re also going to have a brand-new car and a whole different combination. But it’s not like we haven’t been involved all this time. I’m excited. I drove around 30 test passes last year, so I’ve been still sharp at it. It’s going to be fun.”

The Mike Janis Racing operation will be busy at WSOPM, as Gray and Thielen have also accepted their invitations.

Janis will drive a brand-new ’68 Camaro built by Jerry Bickel Race Cars with a body finished by Reese Brothers Race Cars. As of the Snowbird Outlaw Nationals in early December, the team was undecided on which blower style they’ll use – roots or screw – but they will use their 4.900 engine combination developed in-house at Mike Janis Superchargers/Jan-Cen Racing Engines.

Though Janis and Gray have primarily competed in NHRA Pro Mod for the most recent seasons, they’re going into WSOPM with outlaw combinations. Gray debuted his late in the 2022 season, qualifying 13th in the 32-car field at the Snowbirds. The team will continue refining the setup over the next two months to prepare for battle with a stacked field of competitors.

Janis believes a big part of the battle will take place in qualifying. It’ll take a moonshot run to earn the Mike Janis Superchargers $10,000 Low Qualifier Bonus, but simply qualifying for the 32-car field and making consistently quick runs will go even further come race day.

“I’m going to say the bump is going to be 3.69 or 3.70,” Janis said. “You’re gonna have to go low .60s to be a hitter. Consistency, even if we’re a little bit slower, is going to be the trick. Being there for every round and every qualifying round. We’ve always said consistency is where we’ve won a lot of races. And I’ve gotta drive.”

For more info on the World Series of Pro Mod, including ticket info, visit www.WorldSeriesofProMod.com.