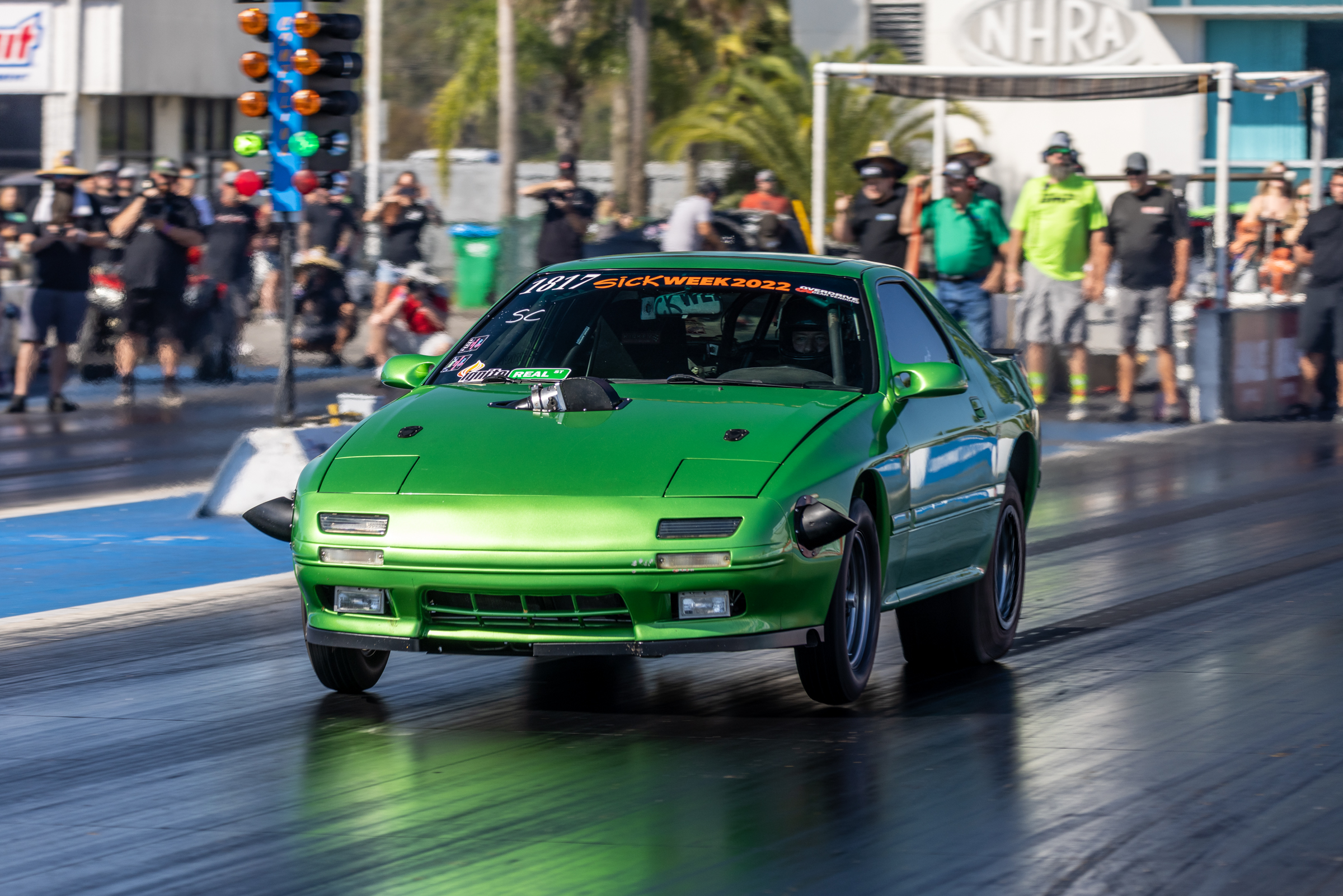 The quickest and fastest street cars in Florida and beyond hit the track at Gainesville Raceway Friday for the first three rounds of qualifying at the 10th annual FL2K presented by Brian Crower. Typically held at Bradenton Motorsports Park, the event has had a seamless transition to its temporary venue for 2022 in the wake of Hurricane Ian.

“We’ve seen 7-second Xtreme Front-Wheel Drive cars, we’ve seen 6-second Street Car Shootout cars, and the staging lanes have been packed all day,” said Victor Alvarez, FL2K promoter and owner of Bradenton Motorsports Park. “The track is on kill, the weather is great, and the facility is great. Everything is going as good as it can go. We’re off to a great start.”

Two drivers broke into the 6-second range in Street Car Shootout presented by Motion Raceworks and Real Street Performance, which will break out into four different 16-car fields. Satellite Beach, Florida’s Rick Prospero recorded a 6.729-second pass at 209.56 MPH in his ’90 Mazda RX7 to lead the 16-car Elite field. Will Dugas made the other 6-second pass, a 6.852 at 215.48, in his Viper to sit No. 2, with Garrett Mitchell, better known as “Cleetus McFarland,” taking the No. 3 spot with a 7.065 at 206.83 in his ’86 El Camino.

Just two thousandths of a second separate the top two qualifiers in XFWD presented by Precision Turbo and FuelTech, a class made up primarily of Honda Civics. Joel Olivo took the provisional No. 1 spot with a 7.876 at 192.96, closely followed by the 7.878 at 190.92 of Washington’s Bradley Dillon. Nichole Elff made her first-ever 7-second pass, a 7.974 at 192.60, in the opening qualifying session to sit third.

Tickets are available at the gate for $30 per day. Children 12 and under get in free.