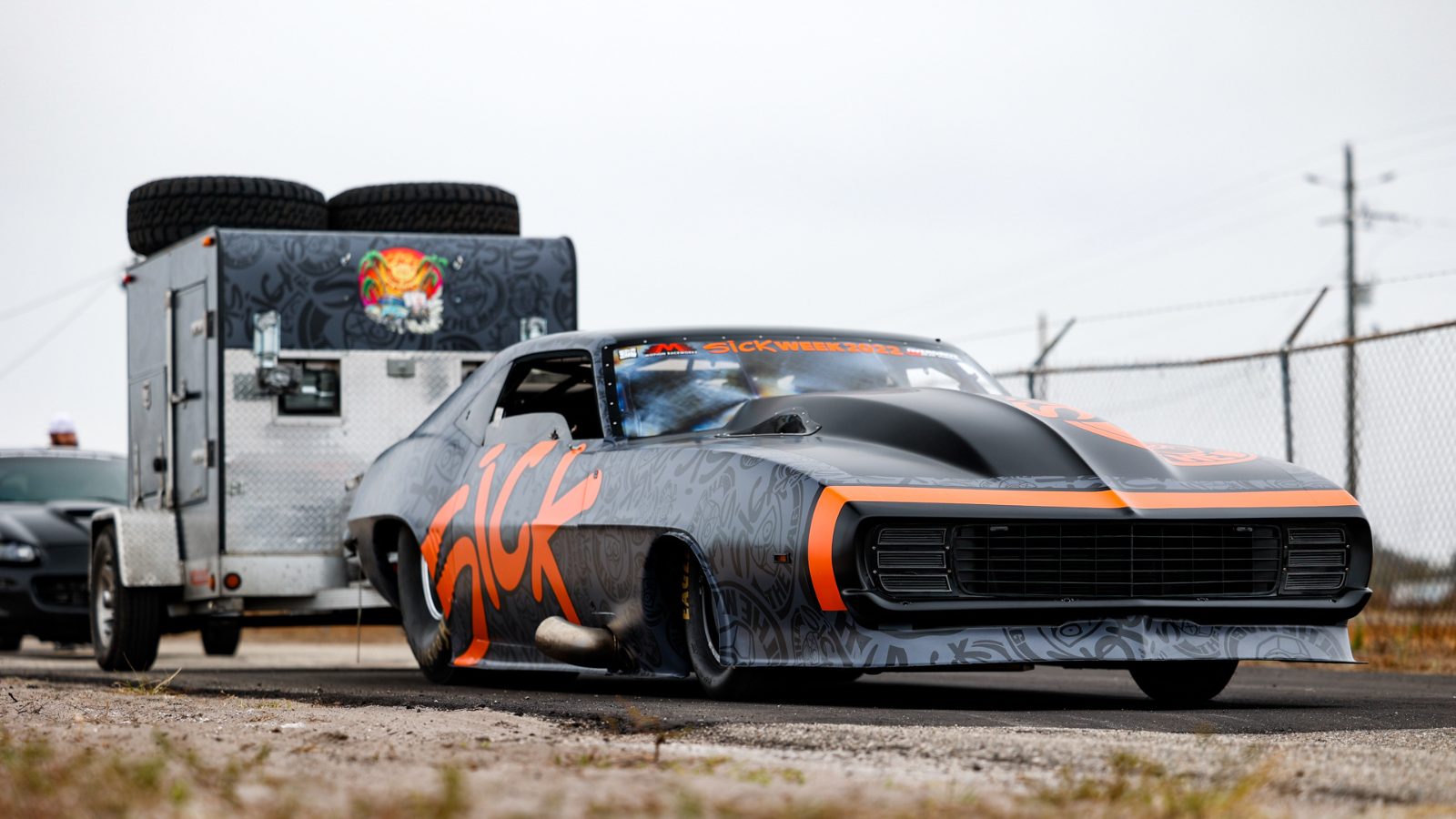 The Superbowl of drag-and-drive returns to Florida from February 12 to 17, 2023 with the second annual running of Sick Week Presented By Gear Vendors Overdrive set to once again unleash the world’s quickest real street cars.

So what exactly is drag-and-drive? Simply put, it’s a series of drag racing events held on consecutive days, where the competitors must drive the same street-legal car they race to the next track. There’s no transporters or support teams, only what they can tow behind them on a small, single-axle trailer. Last year’s winner was Sweden’s Stefan Gustafsson, whose Corvette completed the week with an average of 6.677. 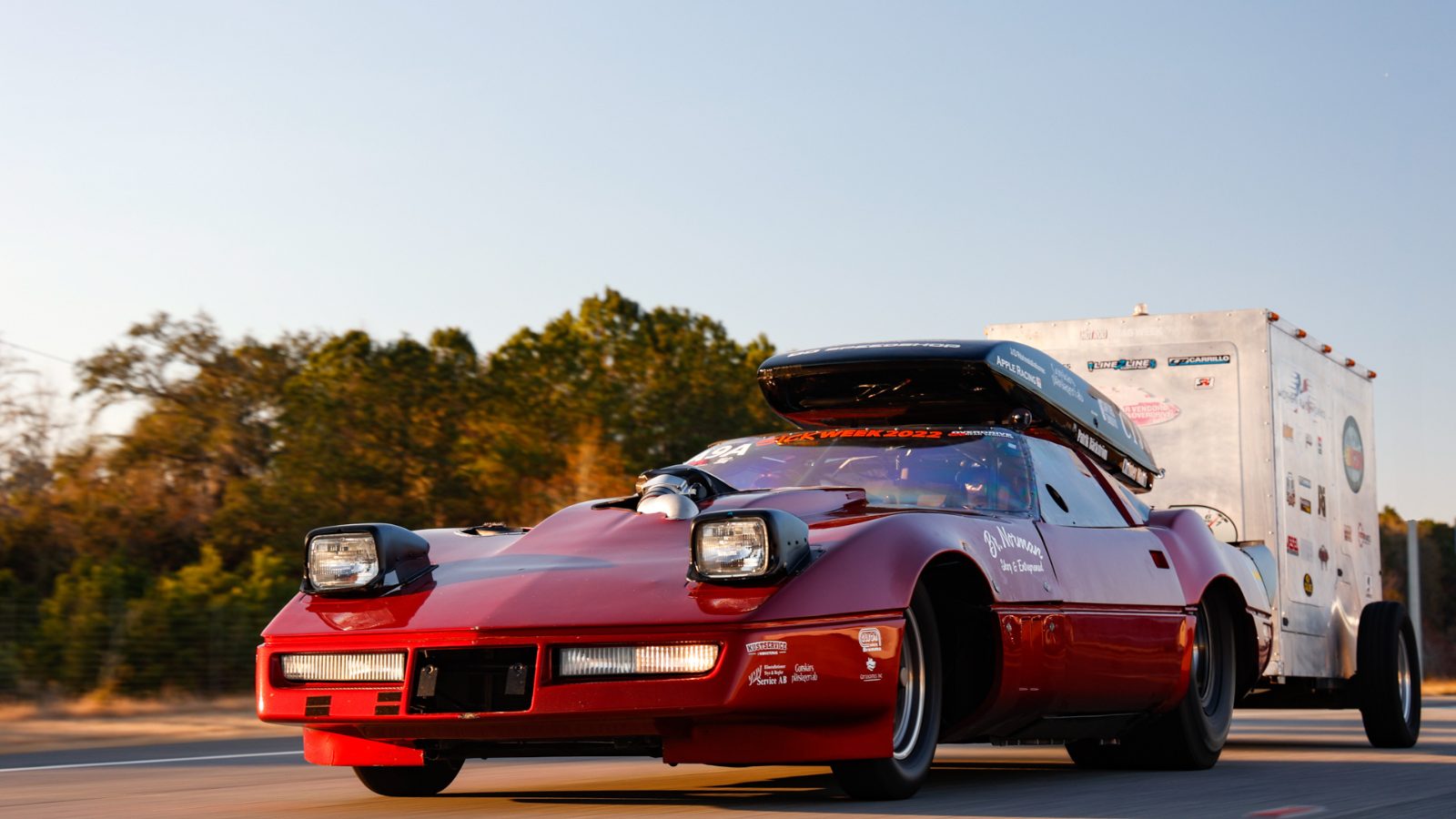 Part drag racing event and part car show, Sick Week provides a unique experience for spectators, who can watch the action on track before following their favorite racer out on to the open road.

Sick Week was created by one of drag-and-drive’s most well-known names, Tom Bailey. The Michigander is a five-times winner of Hot Rod Drag Week, the original drag-and-drive event, and the owner of the world’s quickest street car — the Sick Seconds 2.0 Camaro.

“Everyone had a great time at the first Sick Week, except for me,” laughed Bailey. “We broke on the first day and then my son Aydan crashed on the last day, but everything in between that was a blast. The amount of smiles you see from racers cruising between the tracks or setting records was awesome and made us realize we had something special.

“The challenge for the 2023 event is how do we step that up? We’ve got some ideas and we want to make sure that this year has its own feel. Each event should be special and memorable in its own way.”
Bailey said the drag-and-drive scene has exploded in popularity in the last two years, as more and more racers build cars specifically for the niche.

“I think people have realized that building a drag-and-drive car gives you a lot more bang for buck. You don’t have to be confined to race events to use your vehicle and you can bring your friends and family along for the ride. We’re even seeing NHRA racers like Larry Dixon and Clay Millican taking part now, because they’ve seen just how much fun it can be.

“Our sponsors like Gear Vendors Overdrive and Motion Raceworks are driving us to create more and more events — obviously the more cars that are getting built, the more parts they can sell!” 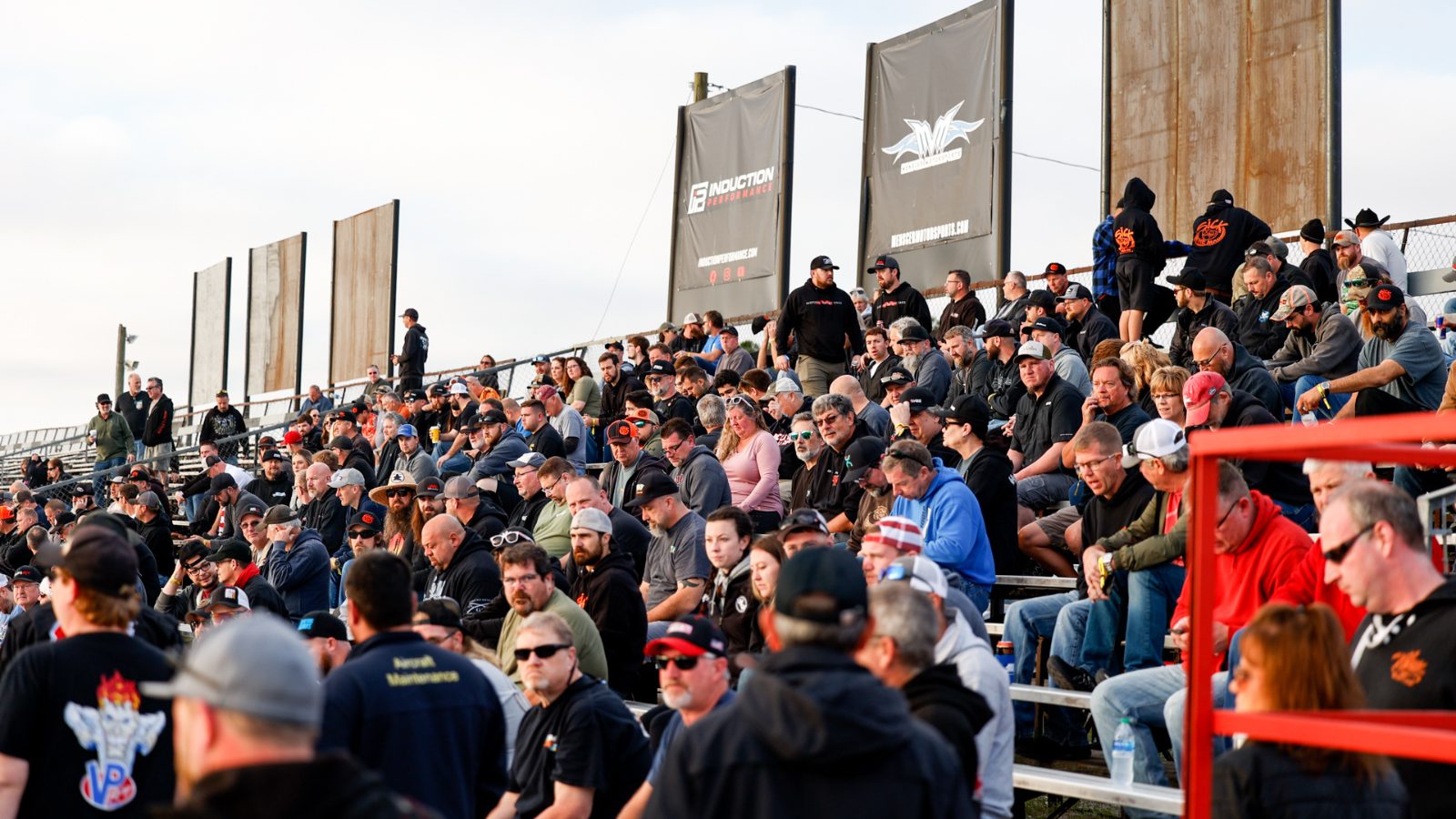 Last year’s first event was, by all measures, a success. Competitor entries sold out in under three minutes and the Motion Raceworks Live Stream was one of the most viewed drag races of the year. Over 100,000 people tuned in each day to watch, while videos about the event on YouTube accumulated over 18,000,000 views in the weeks afterward thanks to the presence of big names such as Cleetus McFarland, PFI Speed, Alex Taylor and 1320 Video.

The event visited not just top-line venues such as Bradenton Motorsports Park, Orlando Speedworld, Gainesville Raceway, and South Georgia Motorsports Park, but also used the road sections to add to the experience, from a beachside stop to a party at the Don Garlits Museum of Drag Racing. This year the event has once again already sold out to racers, although the Sick Ward option is still available for those who prefer to cruise for the week.

Sick Week won’t be the only drag-and-drive event under the Sick banner for 2023, with two more events being added — Sick Summer in June and Death Week in November. One has to ask Bailey, what the heck is Death Week?

“We were throwing ideas around about what would be the most extreme environment to put a drag car through. Well, what about Death Valley? So we’re going to go out west after SEMA and put on what just might be the most extreme drag racing event in history.”

More information about Sick Week is available at www.sickthemagazine.com/sick-week.

Spectator tickets are now available on TheFOAT. Click here to go to the event page.