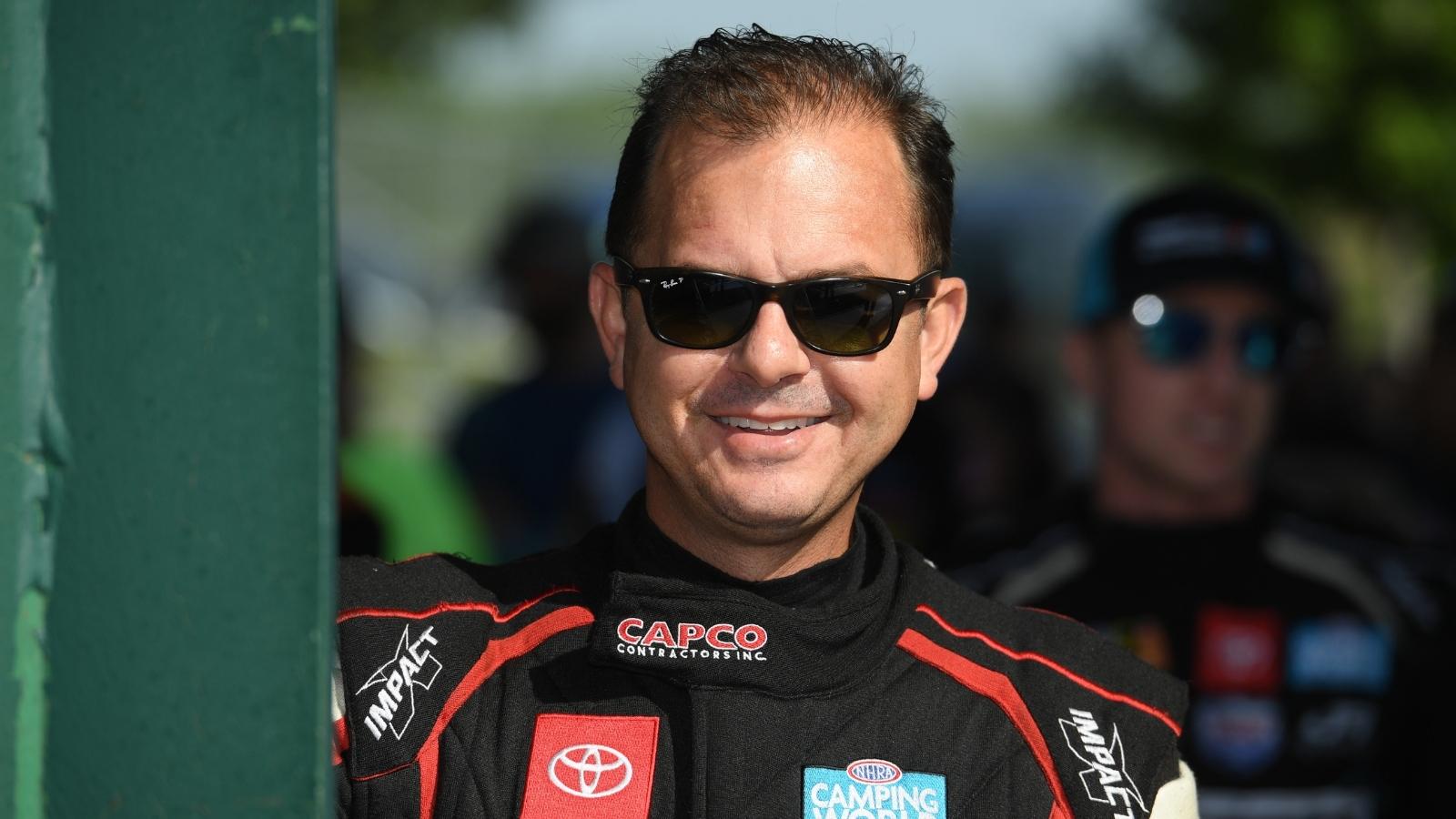 Despite a final round loss to close friend Antron Brown in Sunday’s 33rd Menard’s Nationals, four-time reigning world champion Steve Torrence left Heartland Motorsports Park confident that his Capco Contractors crew will have his dragster back in top form for the start next month of the NHRA playoffs.

“Every run has been a learning experience,” said the 51-time pro tour winner who this year is bidding to become just the fourth driver in NHRA pro drag racing history to win as many as four consecutive championships.

Torrence, whose current winless streak (14 races) is the longest he has endured since 2014, qualified fourth on a hot racetrack at 3.772 seconds, then lowered the boom with quick time of eliminations (3.771) in a first round conquest of journeyman Kyle Wurtzel.

He stopped old rival Tony Schumacher, winner two weeks ago at Seattle, in round two and got past No. 1 qualifier Mike Salinas in the semifinals even though both drivers had to deal with a loss of traction.

“It has been frustrating,” acknowledged the only driver ever to sweep the races in the NHRA’s Countdown to the Championship (2018).  “When you’re used to winning 10, 11 races a year, to be shut out for this long, you know, is agonizing but we knew we needed to take a big step to stay competitive. It’s just taken a little longer than we wanted to get a handle on things and to get the driver and the race car both doing what they’re supposed to at the same time.  Today was a big step forward and I can’t feel too bad since my brother (Antron) won his first race as a team owner.”

Even though he hasn’t won yet this year, the 39-year-old Texan will move on to this week’s Lucas Oil Nationals at Brainerd, Minn., in fourth place in the Camping World driver standings just two events before the points are adjusted for the Countdown.

“I think we can still pick up a couple positions especially with extra points at Indy (at the Labor Day Dodge U.S. Nationals, final race of the regular season),” said the former Top Alcohol Dragster World Champ (2005) and the only driver ever to win series titles in both the Top Fuel and Top Alcohol divisions.