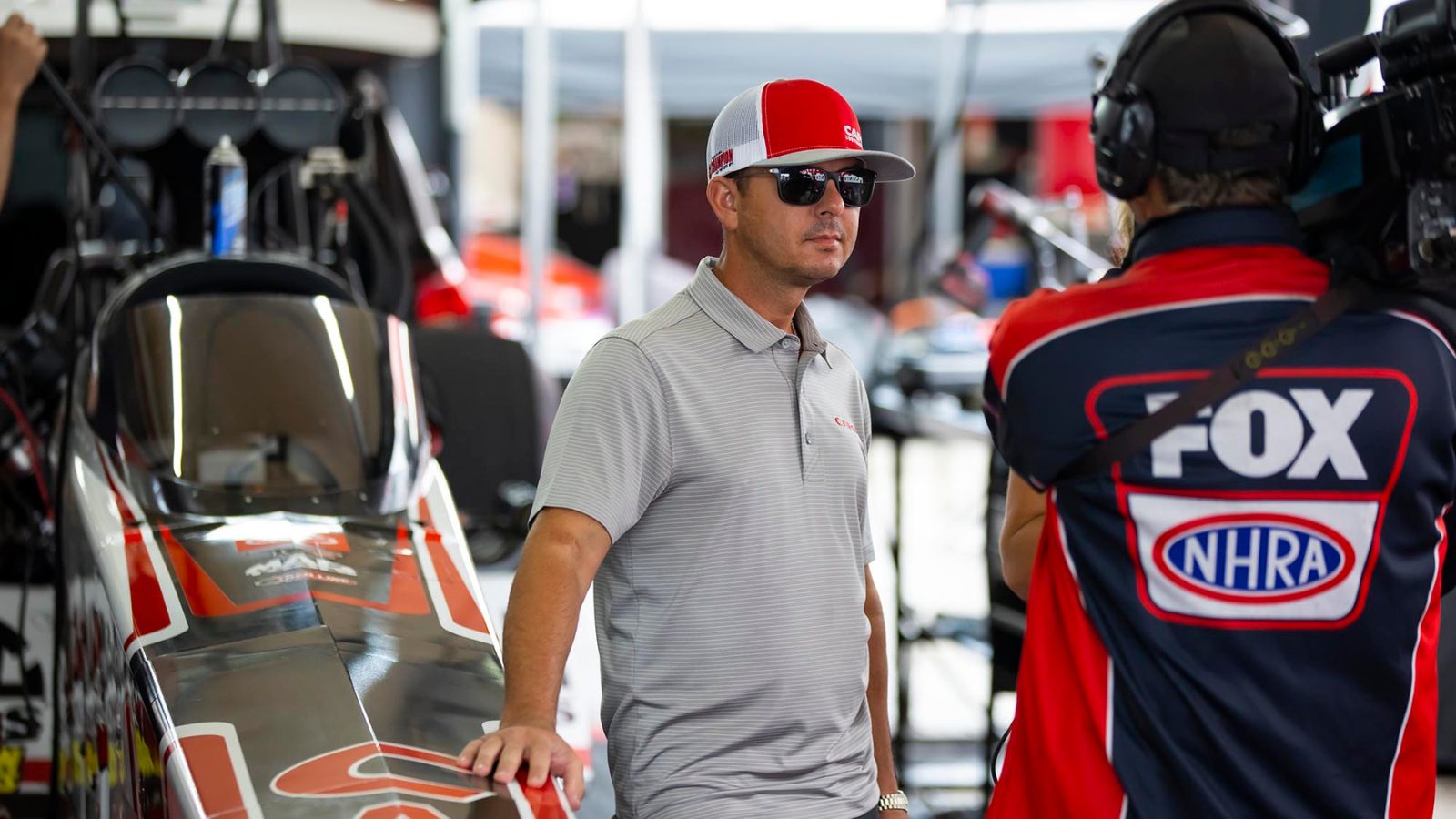 Although he would be the first to acknowledge that he and his Capco Boys have dug themselves a pretty deep hole, Steve Torrence is by no means ready to concede the Top Fuel World Championship as the Camping World tour moves this week to The Strip at Las Vegas Motor speedway for the 22nd annual NHRA Nevada Nationals.

After all, the 39-year-old Texan has won three of the last six renewals of the series’ penultimate event and last October drove his Capco Contractors Top Fuel Toyota to a victory that included a semifinal conquest of the man he currently is chasing for the title, Justin Ashley.

Nevertheless, the path to becoming just the fourth pro driver (after Bob Glidden, John Force and Tony Schumacher) to win as many as five consecutive titles became far more challenging two weeks ago when he was ousted in a heart-wrenching first round duel at the Texas Fall Nationals by 2013 champ Shawn Langdon. 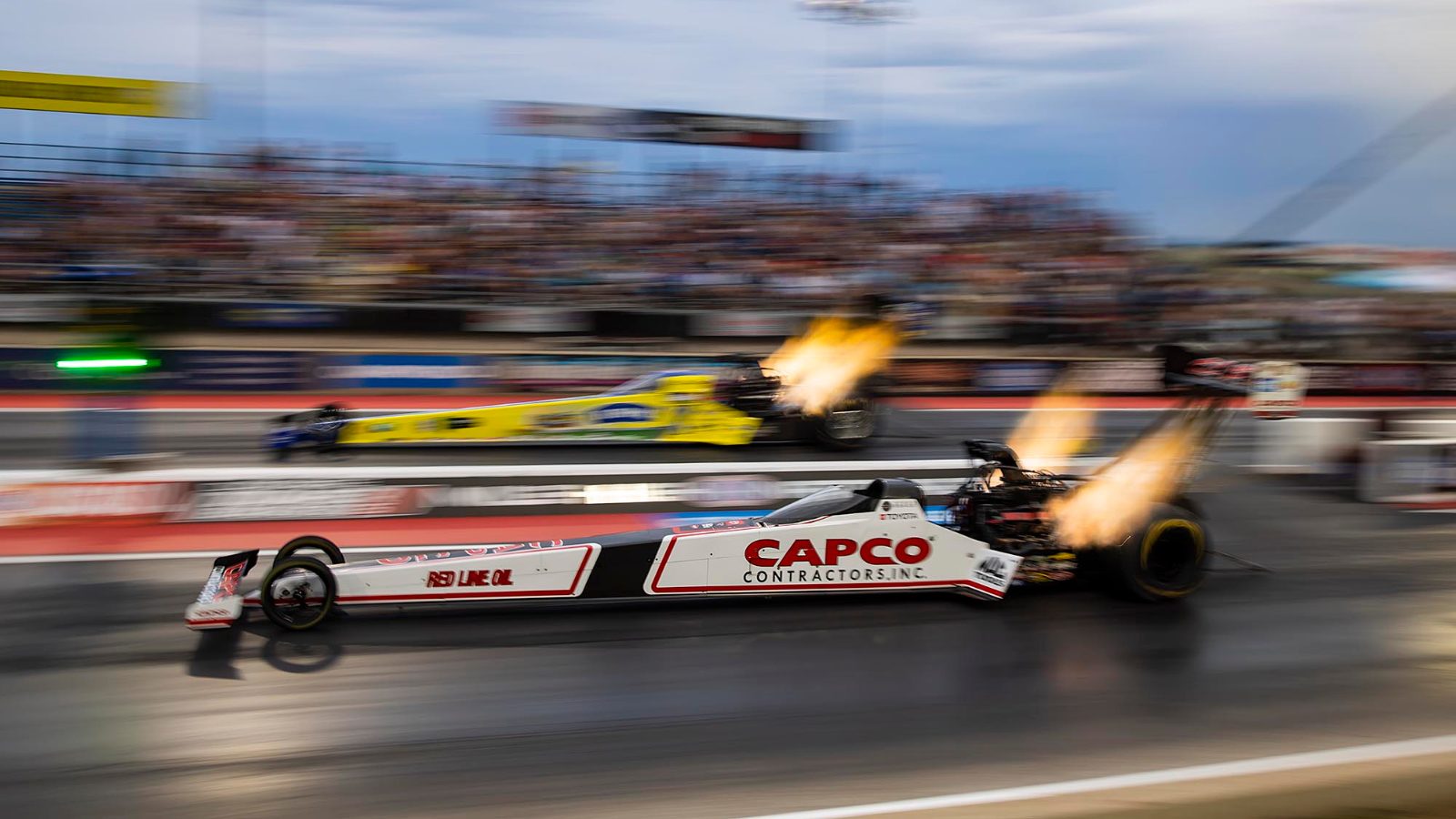 That stumble, in which he lost by a scant .021 of a second, was just the third time in his last 32 Countdown starts that the 53-time tour winner had failed to advance beyond round one.  Nevertheless, it sent him tumbling from second place, just 12 points behind Ashley, to fourth, 96 points off the lead.

“We lost a close, tough race to Shawn and we’ve dug ourselves a hole,” Torrence said, “but I know these Capco Boys and what they can do.  The climb may be tough, but that makes the reward even sweeter.”

Torrence is encouraged by the fact that the last time he exited a playoff race in the first round (2019), he still rallied to win the championship.  The key to duplicating that performance is reducing his deficit this week to something a little more manageable in advance of the season-ending Auto Club Finals in which extra points will be available.

Burned in the past by a controversial NHRA playoff format that essentially penalizes those who are most successful in races preceding the Countdown, Torrence hopes this year to turn the tables and use the system to his own advantage, especially the points-and-a-half payout at the finale.

Despite the long odds, in a town in which one can bet on just about anything, there still are very few who would bet against the only driver in any category to have swept all the races in the Countdown in a single season (2018).

A former Top Alcohol Dragster World Champ (2005) and the only driver to have won titles in both Top Fuel and Top Alcohol, Torrence has reached the final round in seven of his last eight appearances at The Strip.  Most recently, he was runner-up to Brittany Force in last April’s four-wide race after winning the Vegas four-wide in both 2018 and 2021