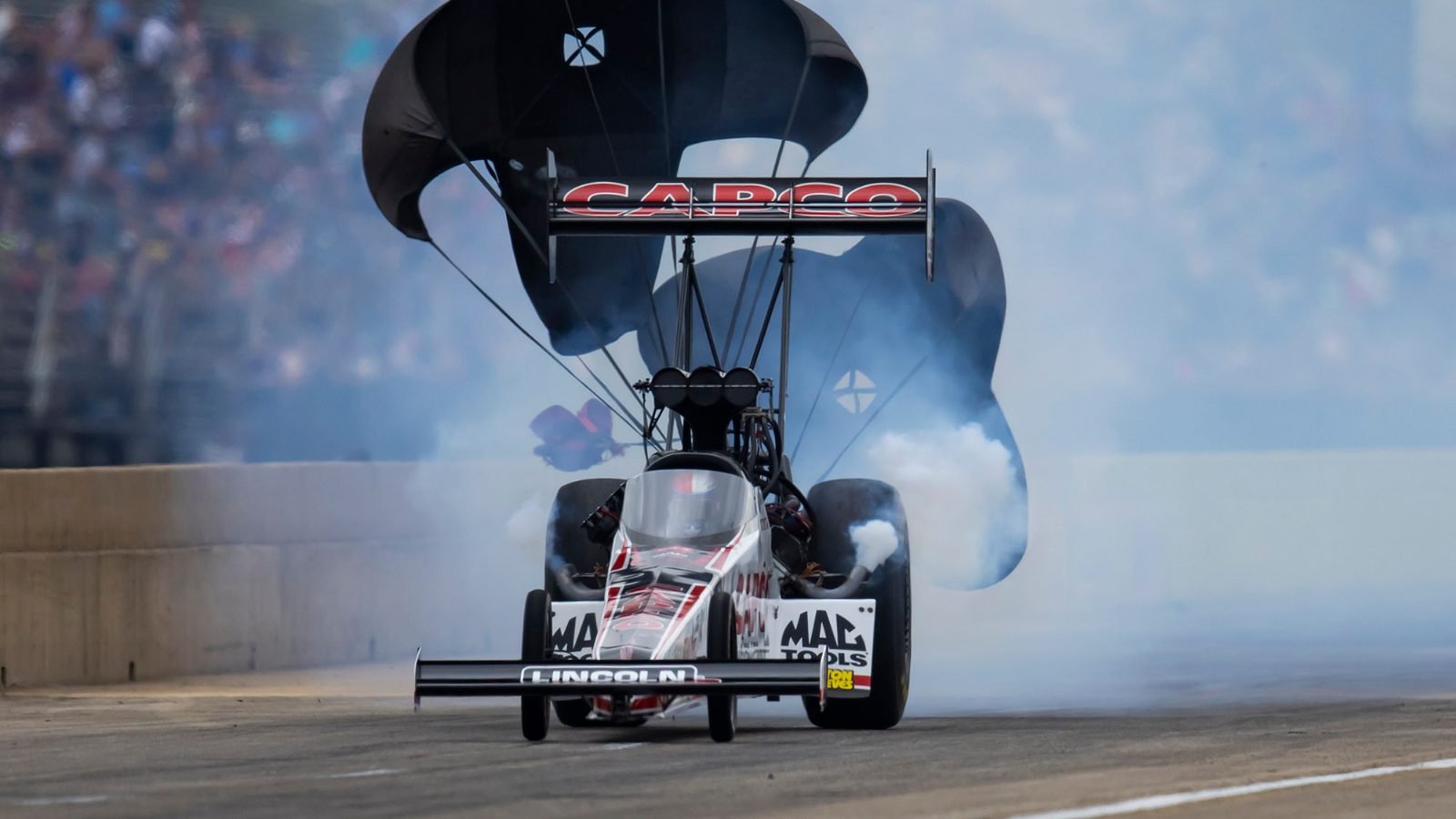 Langdon grabbed an .052-.068 of a second lead at the start of the critical first round showdown and never gave it up, denying Torrence on the same Texas Motorplex concrete on which he had reached the final round five of the last seven years.

“That was a hard one (to lose),” Torrence said. “Great job by Shawn and that team and a great job by the Capco boys.  We just wound up on the wrong end of it at a bad time, especially with Justin (Ashley) winning the race.

“All we can do is go to Las Vegas (site Oct. 28-30 of the next-to-last event in the NHRA’s Countdown) and try to fight our way back into it.”

Coming on the heels of a bounceback victory two weeks ago at St. Louis, Sunday’s result dropped Torrence from second to fourth in points, 98 behind Ashley.

“The only good thing is that the last race (the Auto Club Finals at Pomona, Calif.) is for points-and-half,” Torrence said, “so that really gives us two-and-a-half races to make it up instead of just two. It’ll come down to how much ground we can make up at Las Vegas.”

However, the path to joining John Force, Tony Schumacher and Bob Glidden as one of the only pro drivers to have won as many as five successive titles is considerably more difficult because of the Dallas result.

Now, the 53-time tour winner not only has to catch the point leader but also former champions Brittany Force and Antron Brown, who both moved around him on Sunday, into the No. 2 and No. 3 positions, respectively.

“I didn’t say it was going to be easy,” Torrence admitted, “but you can never count these guys out. They are the best there is. I wouldn’t want to face this challenge with any other crew out there.”