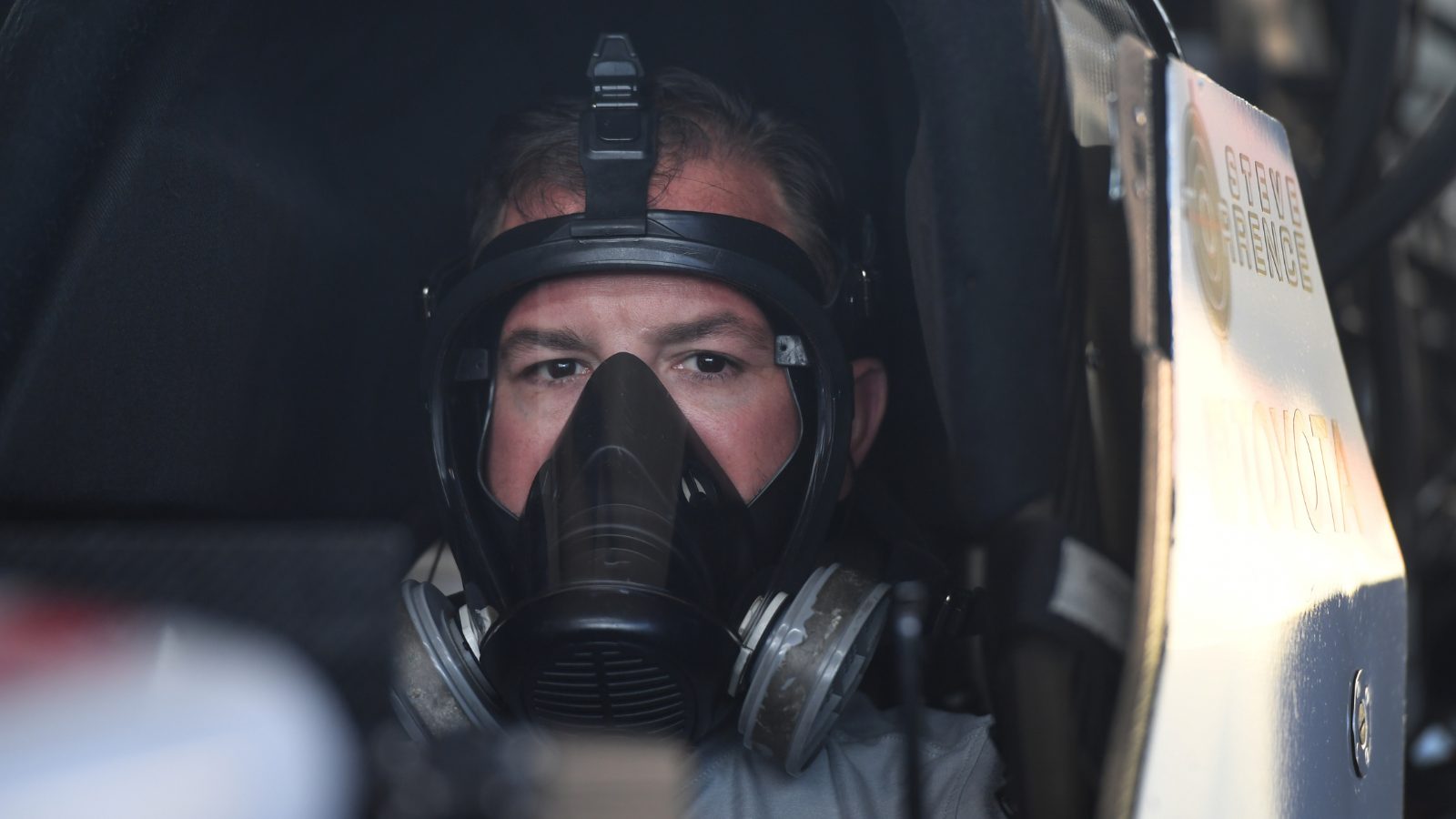 An historic fifth straight series title now clearly within reach, Steve Torrence returns to the Texas Motorplex this week in the hope of extending his streak of even-year victories in the Texas Fall Nationals, the climactic event in the track’s 10-day Stampede of Speed and the fourth of six races in the NHRA’s Countdown to the Championship.

Torrence has reached the Top Fuel final in five of his last seven starts on the all-concrete track on which he won in both 2018 and 2020 and on which his dad, Billy, prevailed in 2019.

Although he hasn’t dominated this year as he did in 2018 when he became the only driver in history to win all six playoff races, the talented Texan has every reason to be optimistic about his title chances after driving a resurgent Capco Contractors dragster to victory two weeks ago at St. Louis.

That win, the 53rd of his pro career but just his second this season, vaulted him from a season-worst fifth in points to second.  As a result, he will roll to the starting line for the first of two Friday qualifying sessions trailing Justin Ashley by a scant 14 points in his bid to join John Force, Bob Glidden and Tony Schumacher as the only pro drivers with as many as five successive championships.

“We’ve done really well here, but so has Justin,” he continued, referencing the latter’s .005 of a second victory in last year’s final round showdown.  “And no way this is just a two-horse race.  Brittany (2017 champion Brittany Force) is just behind me and Mike (Salinas), Antron (Brown), Josh Hart and Doug (Kalitta) are right behind her.

“Plus, there are a lot of potential spoilers who can jump up and bite you in any round.  It’ll be like going through a mine field.”

Nevertheless, the 39-year-old cancer survivor likes his chances now that his “Capco Boys” have worked through some of the mechanical issues that plagued them during this year’s transition to a new engine-clutch set-up.

“They are amazing,” Torrence said of a crew led by Richard Hogan and Bobby Lagana Jr.  “I can’t say enough about them.  They do the work and I just try to go up there and not screw it up.”

Torrence’s love affair with the Motorplex began long before he first experienced the raw acceleration of an 11,000 horsepower Top Fuel dragster.  He and his dad raced sportsman cars at the track and, in 2005, driving a Top Alcohol Dragster, he won a pair of events at the Motorplex, one a regional, the other the Fall Nationals, en route to a Lucas Oil World Championship.  He remains the only driver to have won NHRA titles in both the Top Fuel and Top Alcohol divisions.

Qualifying for the Texas Fall Nationals begins Friday with nitro sessions at 3:30 and 8 p.m. and continues Saturday with sessions at 1 and 5 p.m..  Single elimination finals begin at 12 noon Sunday.