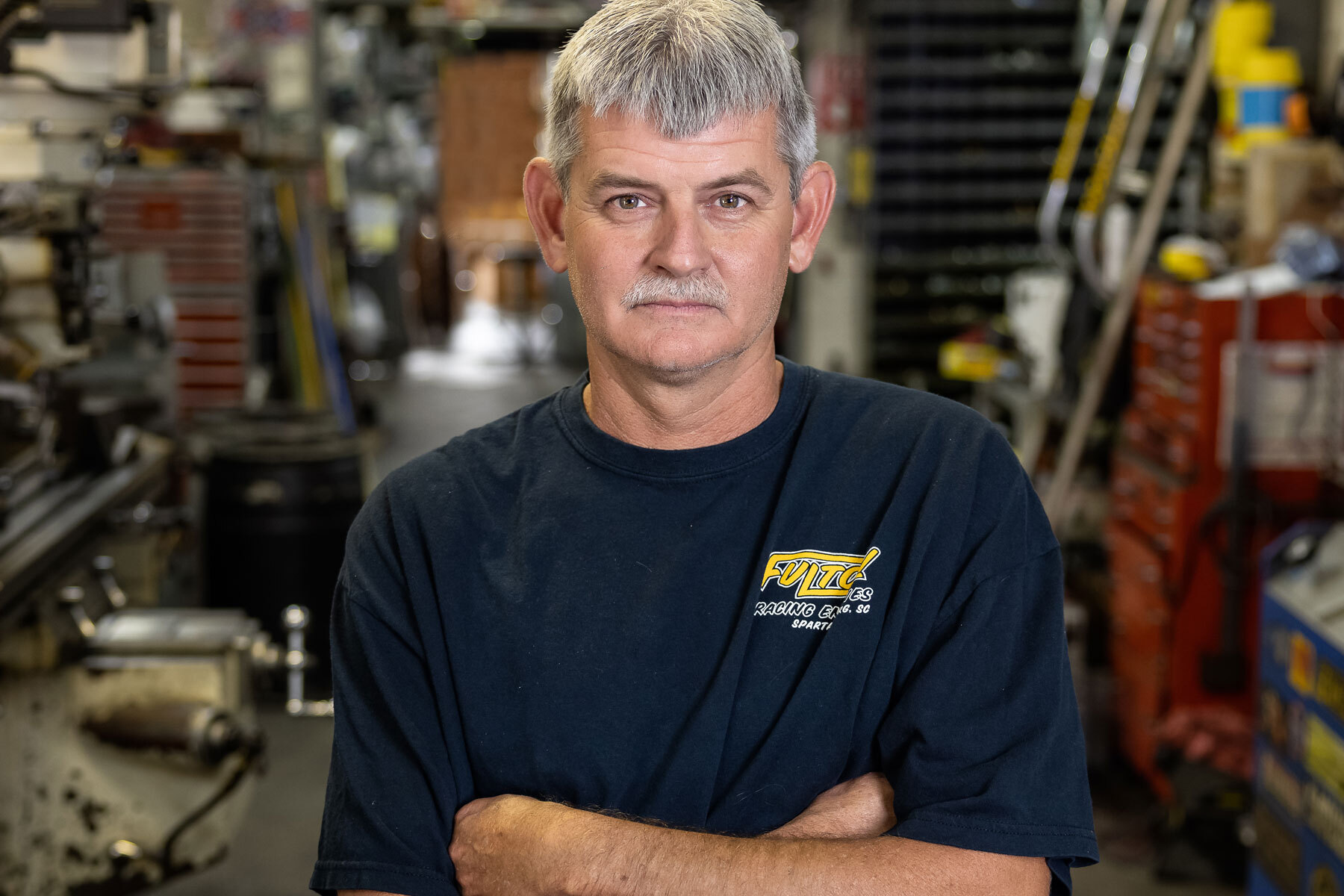 Stacy Hall, a world champion in the PDRA’s sportsman ranks, appears on the cover of Drag Illustrated’s new Sportsman Special Issue, which was released on August 1. Along with Hall, the 12th annual Sportsman Issue includes features on numerous other sportsman racers, as well as tributes to a few of the people the sport has lost over the last two months.

Hall, who won the 2020 PDRA Top Sportsman world championship and recently won the Summit Racing PDRA ProStars race in Top Dragster, shares the stories behind his career in racing. He started as a teenager sweeping the floors at Gene Fulton’s Fulton Competition Engines during the week and bracket racing on the weekends. He’s since become one of the lead engine builders for Fulton, building engines and providing support for customers like three-time PDRA Pro Nitrous world champion Jim Halsey. Hall has also become one of the most respected racers in the PDRA’s increasingly competitive Top Sportsman and Top Dragster classes.

“Stacy Hall is the perfect example of the sportsman racers who make up the backbone of our sport,” said Nate Van Wagnen, editor-in-chief, Drag Illustrated. “Now 52, he’s been dedicated to drag racing since he was a teenager. He’s had incredible success behind the wheel, and as an engine builder, he’s had a hand in some of Pro Modified racing’s biggest moments. He’s stayed humble through all of this, and we’re proud to give him some well-deserved recognition on the cover of Drag Illustrated.” 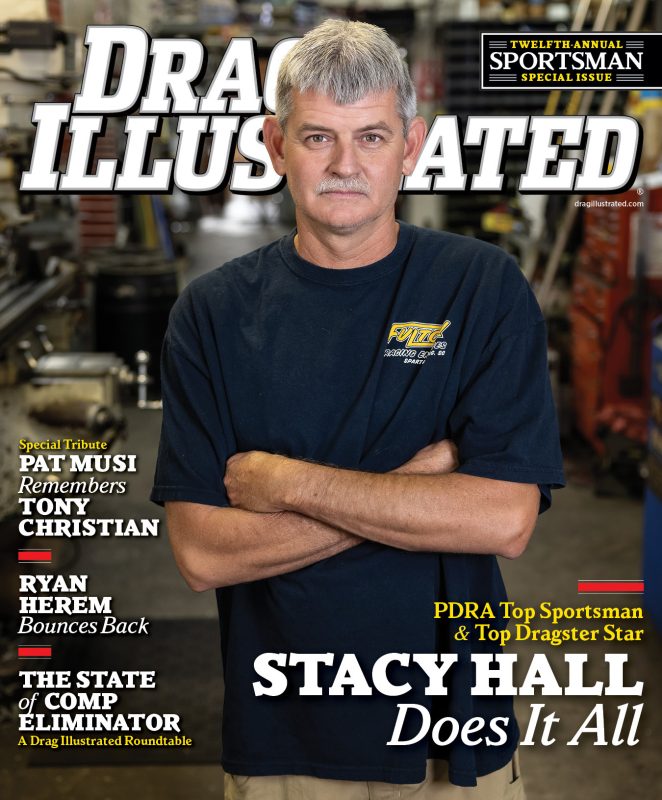 “The Sportsman Special Issue is one of the most anticipated editions of the magazine each year,” added Mike Carpenter, COO and Design/Production Director. “This year’s cover star, Stacy Hall, couldn’t be more deserving of the spotlight. I’ve known Stacy since I was a kid, and you won’t find a more humble and well-liked guy in drag racing. He’s won races and championships, all while being an integral part of a legendary engine shop that helped birth Pro Modified.”

“For me, having a racer like Stacy Hall on the cover of the magazine is what DI is all about,” said Wes Buck, founder and editorial director, Drag Illustrated. “These are the type of people that keep our sport going week-in and week-out. This is a guy that chases the drag racing dream afterhours and on the weekends, doing whatever he has to do to get to the next one. He’s not getting massive amounts of sponsorship support and free products – he’s spending his own money, he’s working on his own stuff. These are the kind of racers that it feels so incredibly rewarding to showcase…because they genuinely deserve it.

“Stacy Hall deserves to see himself on the cover of the same magazine that’s showcased people like John Force, Leah Pruett and Erica Enders,” Buck added. “He deserves to be a part of that group, a part of this community that is celebrated and highlighted. It’s moves like this that showcase our diversity and serve as a reminder that some of the best stories in drag racing are well away from the bright lights of the major league stage. We’re proud of this.”

“The sport has lost some special people over the last couple months, and we really wanted to honor them with the recognition they deserve,” Van Wagnen said. “It took some help from our friends in the industry, like Brian Lohnes, who pays tribute to one of his heroes, McClelland, and Pat Musi, who remembers his Pro Stock and Pro Street battles with Christian, his longtime friend and rival.”

The complete digital edition of the Sportsman Issue is now available at digital.dragillustrated.com, while the print edition will hit mailboxes soon.