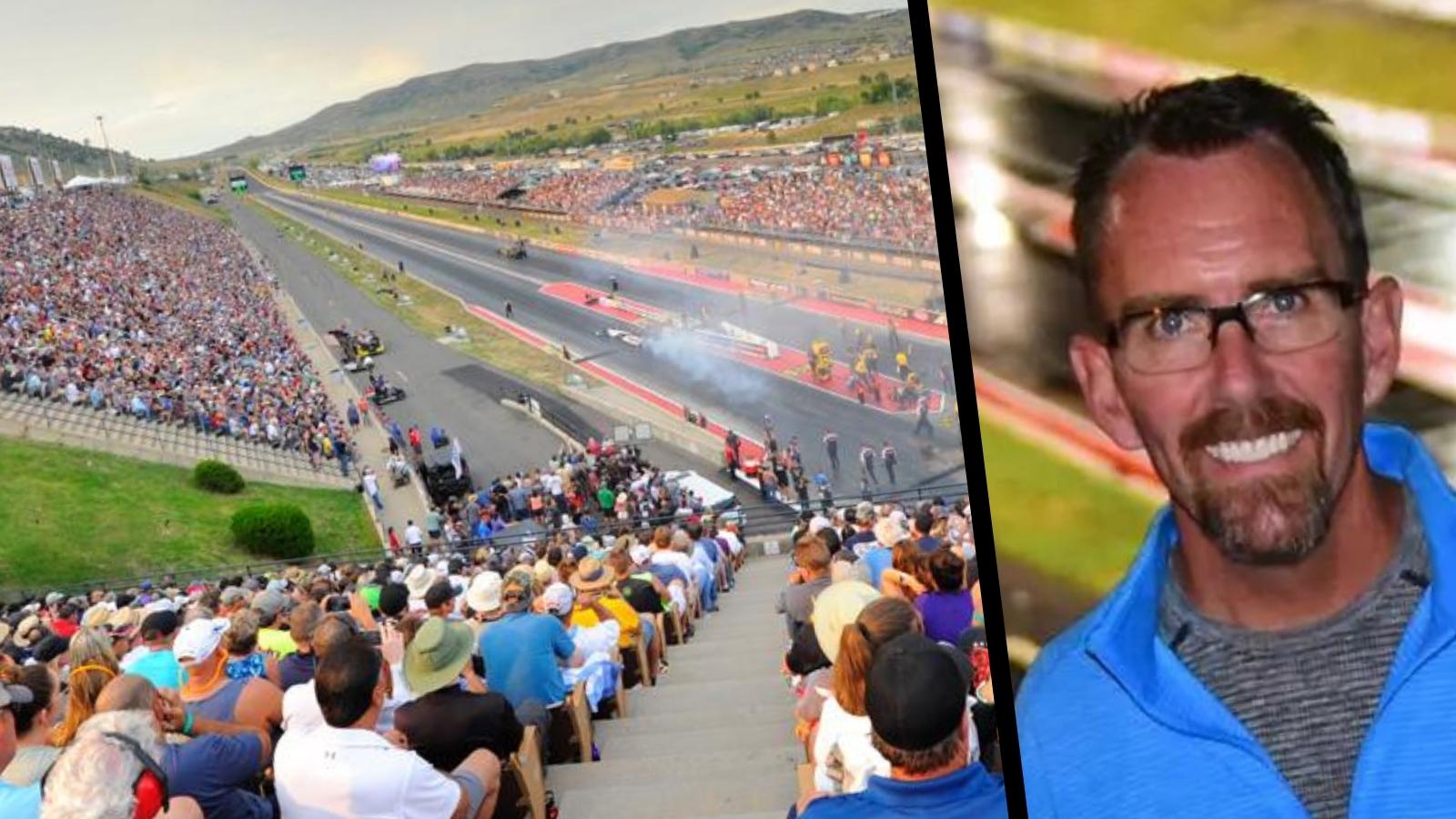 John “Sporty” Bandimere III said it best as Bandimere Speedway gears up for the 42nd Annual Mile High Nationals. “It’s like Christmas in July,” the third generation General Manager of Bandimere Speedway said. “The fans and racers are our family. Everybody is coming to your house to have a good time, to hang out, to play and there just happens to be some really cool competition and entertainment that comes along with it.”

The Mile-High Nationals, or as some know it, the “Thunder Nationals” because of the echoing roar heard as each car makes a pass down the legendary track. It’s like a sound you almost feel twice reverberate through your body, leaving you wanting more. Bandimere Speedway is a unique track – ask anyone who races there. “Our altitude throws a big curveball whether you’re a local racer or from out of town,” Sporty explained.

It’s a love-hate relationship almost every drag racer has with the track. Some in the sport would rather skip Bandimere Speedway altogether. In comparison, others side with the thought that if you’re going to be a World Champion, you need to be able to run under any condition. ‘”If we race at the same tracks all the time, what’s the challenge in that,” Sporty shared. “For drag racers to win the Mile-High Nationals is a pretty prestigious deal because it has some challenges for them as a crew chief, and as a driver because it’s different.”

For “Sporty”, the unique track built on the side of a mountain 64-years ago is his family business. “I’m the third generation, and I’ve got nephews and some of my children involved that are now the fourth generation,” he said, furthering his point that the Mile-High Nationals feel like a large family gathering. “For us as a family, it’s that joy of having your fans, racers and sponsors here and be able to put on a huge party.”

The family business is something that the Bandimeres take seriously. So much so that they filed a lawsuit against the Colorado Department of Public Health and Environment and Governor Jared Polis. This legal battle has been going on for two years, and it’s one that the Bandimere family feels they need to fight.

“As a family, we have prayed about it, and if it’s a battle God wants us to fight, we’re in the fight,” explained “Sporty”. “It’s a constitutional lawsuit. Many times people want to make it a political thing, and it’s not. It’s about constitutional rights and freedoms, and the fact that what they did to small businesses should’ve never been done and should never be done again.”

The third-generation track operator wants fans to know that just because they’re at odds with the county and governor doesn’t mean they are turning their back on their community. “The battle that we are fighting is not just for us; it’s for every small business,” he stated. “We’re no different than any business owner. We work hard. We work seven days a week. We work 15-16 hours a day to not only make a living, but to grow our industry, and to also contribute to our local economy and be part of the community around us.”

The Mile-High Nationals is just one example of how Sporty and his multi-generational family are working to support various businesses in the Morrison/Denver area. “This event is going to generate over $15 million for the local economy with hotels, restaurants, shopping and gas stations,” Bandimere III admitted. “We’re proud to be able to do that in our community and see those businesses do well, especially right now. We’re very thankful for that.”

When asked what will make this 42nd annual event special, “Sporty” answered, “There are always those little twists that make it fun, exciting and different.” But there will be one consistent theme throughout the weekend – family.

“Besides being the 42nd Annual Mile-High Nationals, we have a 32-year partnership with Dodge/SRT and Mopar. We’ve been extremely blessed to have a great relationship with them. We’re also thankful that they continue to support not just the event, but the industry and performance. Lastly, we’re thankful that the good Lord allows us to be a part of this.”