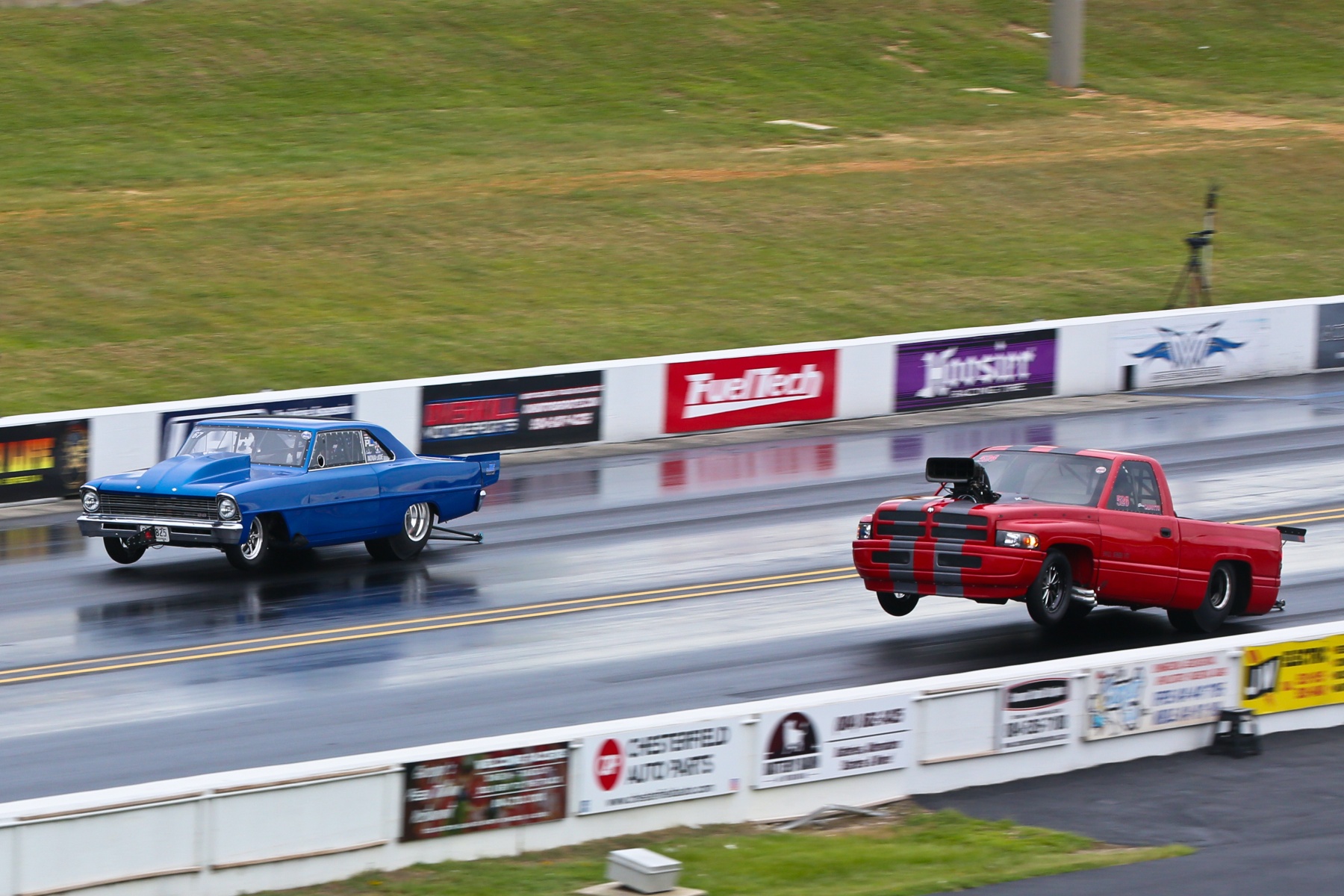 When the PDRA launched its Pro Street class as a three-race trial in 2020, the class allowed drag radials or slicks to attract racers from multiple different small-tire classes. But after a reworking of the rules for 2021, the category’s first year as a PDRA world championship category, Pro Street has found its new purpose: reviving the slicks-only, original Outlaw 10.5-style racing that was so popular with fans and racers.

The plan is working, as several new participants are expected to join the class this season. The class will also race with new backing from title sponsor Menscer Motorsports and presenting sponsor AFCO.

[Editor’s Note: This story originally appeared in DI #175, the Outlaw Issue, in March/April of 2022. Photos by Tara Bowker.]

For racers like Tim Essick, the defending world champion and a vocal proponent of the class, the increase in participation is exactly what he wants to see as he looks to go back to back in his ProCharger-boosted “Brown Sugar” ’18 Mustang.

“There was a small, core group of guys that we had in the class last year and we’re all great friends,” Essick begins, “but the whole meaning behind this class is trying to revive Outlaw 10.5-style racing and grow the class. The more people we can get, the better off the whole show is.”

Jesse Lambert, who finished second behind Essick, agrees that the class is heading in the right direction.

“Back when Tyler [Crossnoe, PDRA race director] and I were talking about trying to implement the class into PDRA, I think we all agreed three years was the mark,” Lambert says. “The first year we got a good following, a stable base, and it grew last year. Honestly, what we’re seeing right now is what I was hoping would happen. Last year, let’s say we had 6-8 cars at each race. I’m hoping we can get 10-12 at each race and have a couple races where we have a full 16-car field.” 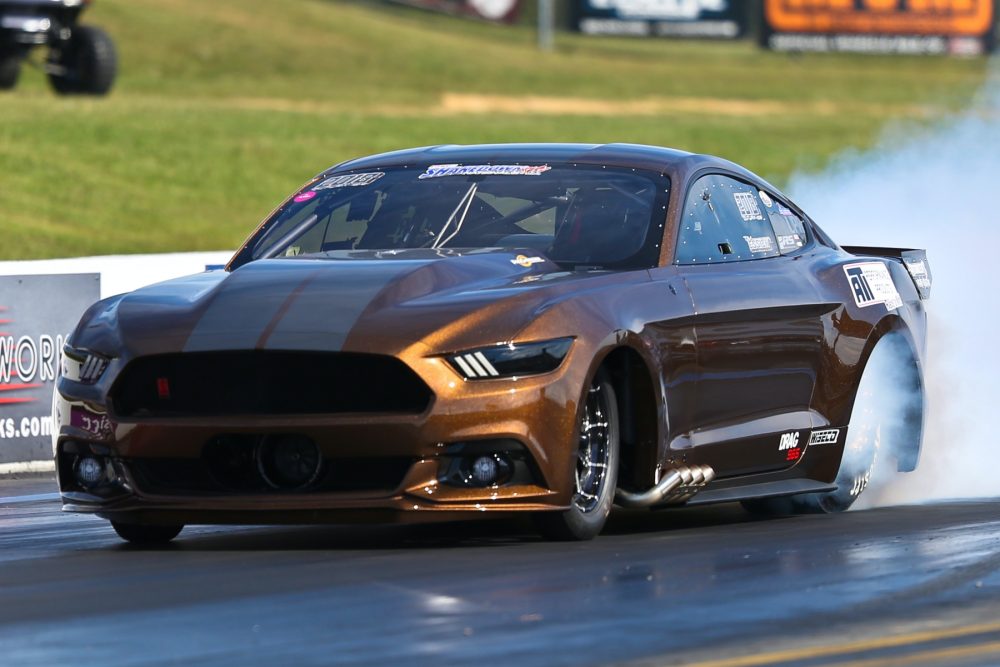 One of the strengths of Pro Street are the limiting factors, which include factory wheelbase guidelines. But the max tire size – 33×10.5W bias ply slicks – is what really makes Pro Street so attractive to racers like Essick and Lambert.

“The tire takes away the big budget,” Essick says. “It doesn’t matter how great your equipment is, how much technology you have, or what resources you have behind you. The limiting factor is that little tire.

“There’s a more level playing field,” Essick continues. “You’re always going to have a couple cars that are a little faster than the rest. That’s going to be in every single class across the board. But there’s more of a chance for anyone on the property to win on that particular tire than when it’s a slip or go situation on like a radial.”

Lambert raced on radials from 2004 through 2015 before getting into his current car, a twin-turbocharged ’04 Mustang, to go Outlaw 10.5 racing. He switched back to radials when those tires started to take over Outlaw 10.5, and he believes the slicks-only arrangement in Pro Street is the way to go.

“I think what you saw last year speaks for itself in that it goes back to being a driver and tuner race again,” Lambert says. “When you’re on radials for a while, you kind of become lazy as a driver. Being back on the 33-inch slicks, you’ve gotta get back up on the wheel and drive it a little bit. There were races where the whole field was within a tenth or two and the reaction time could make or break every round.”

Beyond the competition aspect, Pro Street is developing a fan following for the exciting passes and the relatability of the cars. There’s just something special about stock-appearing cars with 3,000-horsepower engines charging down the track.

“I think we’re putting on a good show,” Lambert says. “You have side-by-side, wheels-up passes, and not a lot of wasted passes for the people in the stands. We had many, many people – fans, racers, etc. – come by our pits last year and just tell us how much they loved the class. Fans can relate to the cars.”

The competition level in Pro Street will only get tougher this season with the influx of new talent. Drivers who’ve publicly shared intentions to run Pro Street this year include Bill Lutz, Carmen Damiani, Andrew DeMarco, and Tommy Youmans. 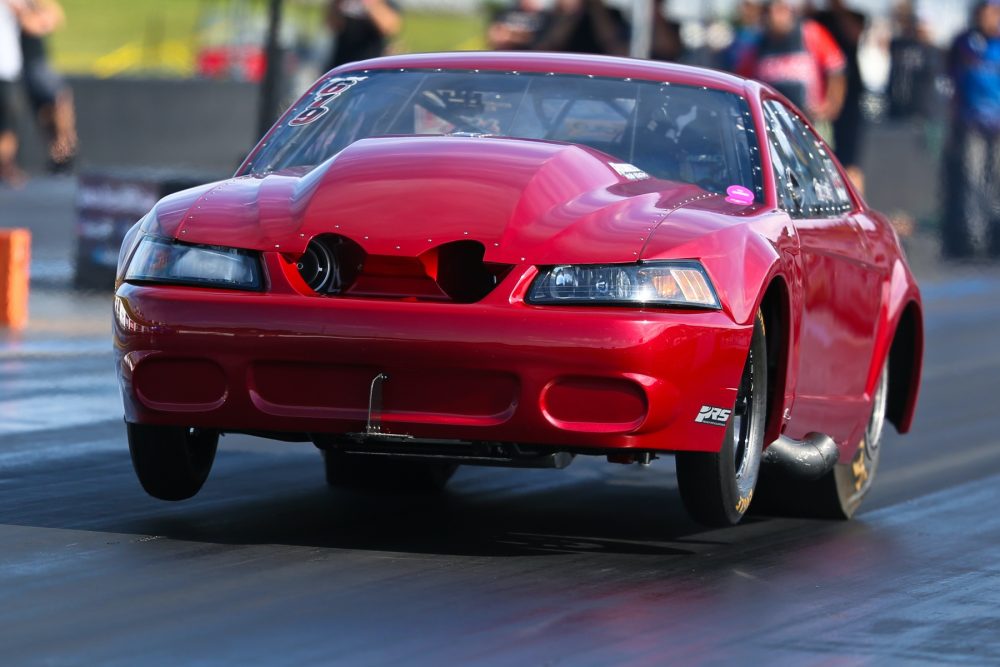 “We’re seeing the names that say they’re coming and they’re not newbies to racing,” Lambert says. “They’re very well-known and seasoned racers that are coming out to compete. I think we’re going to have some very close, competitive, and fast racing this year.”

On the heels of Pro Street’s success in 2021, PDRA has added another small-tire class this season, AFCO Super Street presented by Menscer Motorsports. Numerous racers have already expressed interest in participating in the four-race program, including Essick’s crew chief, Dan Whetstine, who has a ProCharger-boosted small-block ’93 Fox body Mustang.

“It fills a little void for a lot of stuff in our area,” Essick says of Super Street. “There’s a lot of 28-inch-tire cars. With some local stuff dying down, it gives them an arena to bolt on a set of 28×10.5s and come race somewhere. I think it’s pretty big. We’ll bring Danny’s car to all of them. It fits perfectly in this class. I think Super Street is going to have as big or a bigger following than Pro Street.”

Pro Street will be contested at six of the eight races on the 2022 PDRA schedule, sitting out the Doorslammer Derby, April 28-30 at Beech Bend Raceway Park and DragWars, Sept. 29-Oct. 1 at GALOT Motorsports Park. Super Street will race at the North vs. South Shootout (June 23-25) at Maryland International Raceway, the Summer Shootout (July 14-16) at Virginia Motorsports Park, the Northern Nationals (August 11-13) at Maple Grove Raceway, and the Brian Olson Memorial World Finals (Oct. 13-16) at VMP.