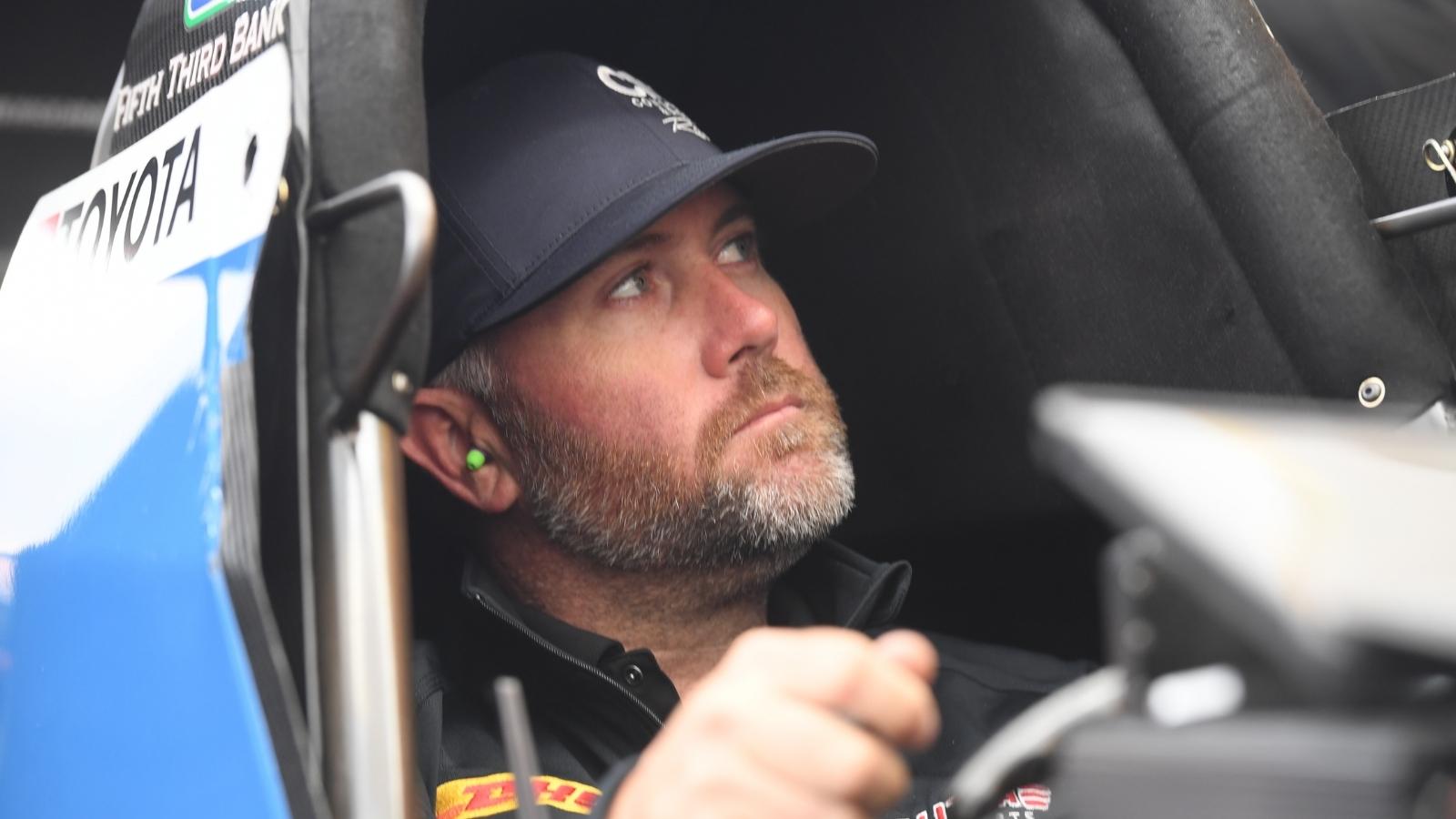 This past weekend the CMR Construction and Roofing Toyota Top Fuel dragster and Shawn Langdon continued their hot streak as the second race of the Western Swing wrapped up from Sonoma Raceway. The 2013 Top Fuel world champion raced to the semifinal round of the Sonoma Nationals from the No. 9 spot after outrunning Antron Brown and Leah Pruett in the first two rounds.

Racing Toyota teammate Brown in the first round Langdon jumped off the starting line first with the CMR Construction and Roofing dragster. Langdon’s blue and white land rocket accelerated down track and was pulling away. As the finish line closed in Brown’s motor expired and Langdon powered across the finish line stripe with a winning time of 3.743 seconds, his quickest pass of the weekend, at 326.63 mph.

The quarterfinals matched Langdon up with the No. 1 qualifier, Pruett. It was a rematch of the Mile-High Nationals final round that did not go Langdon’s way. Today Langdon took a sizeable reaction time advantage .049 to .079 and the CMR dragster stayed hooked up the entire length of the track for the win. His winning elapsed time was 3.734 seconds at 330.96 mph. Langdon’s team stepped up with another monster run to move him to the semifinals.

Facing 2017 Top Fuel world champion Brittany Force in the semifinals Langdon knew his team would need to make another strong pass. For the second round in a row Langdon was first off the starting line posting a .056 to .090 reaction time advantage. Unfortunately, Langdon was not able to chase down Force who posted one of the quickest passes of the day crossing the finish line with a time of 3.675 seconds in front of Langdon’s 3.787 second pass.

“We lost a good drag race in the semifinals today,” said Langdon. “Our CMR Toyota dragster has been really strong lately. This was our fourth semifinal in five races. I am looking forward to getting to Seattle.”