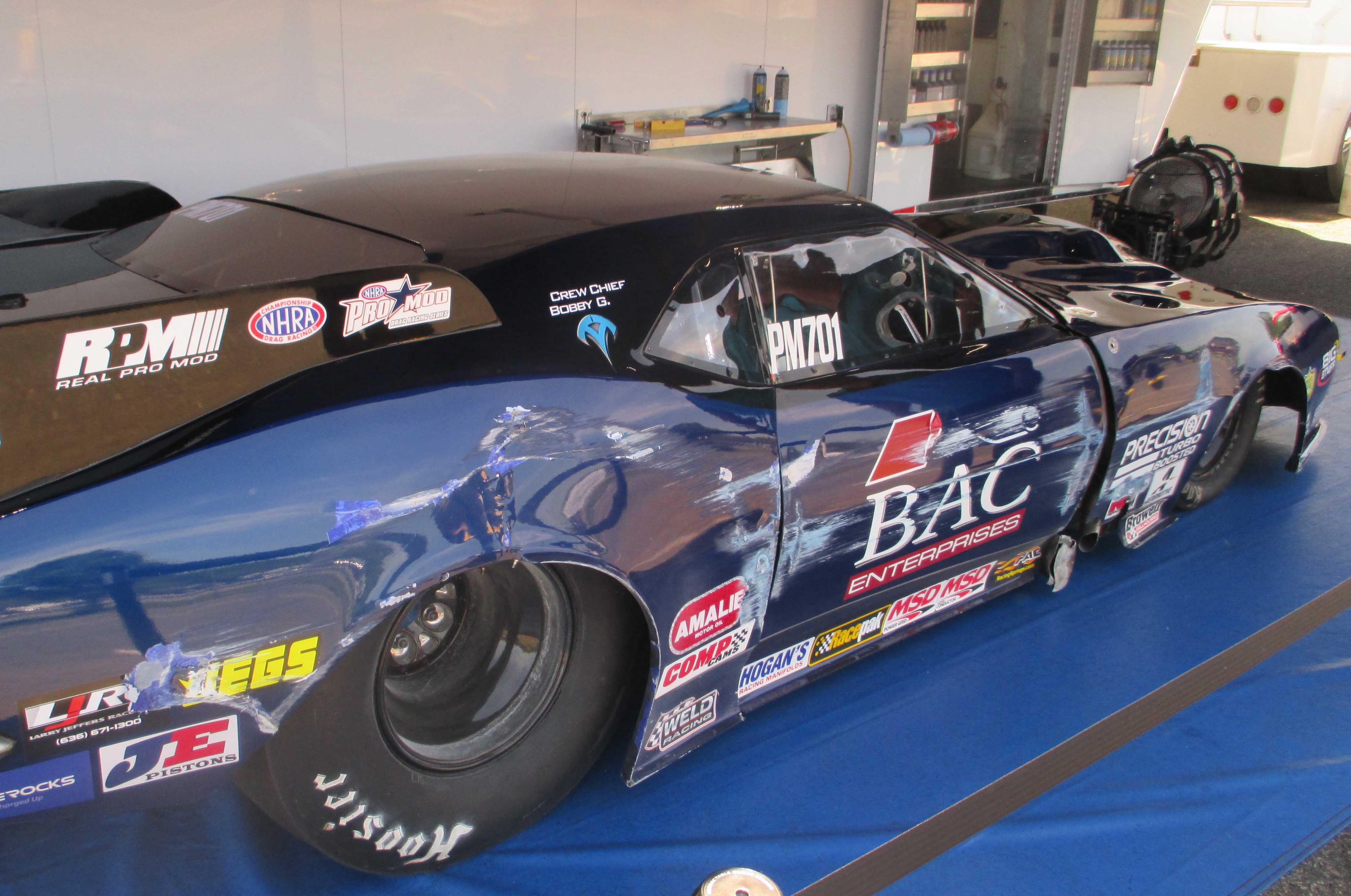 RPM Association member and NHRA Pro Mod driver, Clint Satterfield, went for a wild ride at the recent NHRA Summernationals in Englishtown, NJ.  During the second round of Pro Mod eliminations on Sunday, June 1, Satterfield slid out of the groove, crossed the centerline and lightly brushed the wall in the other lane with his turbo-powered Firebird that he affectionately calls ‘Turbo Pig.’

“I could feel it drifting to the left and I was fighting it the whole way down the track,” said Satterfield. “I just rubbed the wall on the right side of the car at the very end of the run. Luckily, the damage was mostly cosmetic.”

Satterfield has completed a lot of work to get the car ready for the NHRA Thunder Valley Nationals in Bristol this weekend, June 13-15, 2014.  Helping him accomplish everything was crew chief Bob Gardner, and fellow RPM member and Pro Mod driver, Chip King.

“Chip said he knew a guy who did carbon work and another who did painting. Turned out they were both in North Carolina, so he’s been letting us work out of his shop the last couple weeks. This really saved us a lot of time, not having to take the car all the way back to our home base in Albuquerque to get everything fixed.”

The Satterfield Racing team, along with 23 other RPM Association members, will participate in the first round of NHRA Pro Mod Series qualifying during the Thunder Valley Nationals which begins at 4:30 p.m. ET on Friday, June 13.